Imagining the future of energy

At the 2nd Shell Powering Progress Together Forum in Singapore, young thinkers share their vision of the future of energy and our way of life

MANILA, Philippines – Imagine it’s 2050. You have a virtual personality that sells clothing, food, gadgets, or any other good or service. You also have a free databank software installed on your computer or smartphone. It walls off your private data unless you want to sell it.

In another future, you are even more than willing to have your data collected and analyzed to make your life more comfortable and efficient. In fact, you live in a house that responds to a biological data that is connected across the internet.

In either scenario, the use of private data and the degree of economic centralization are shaping every aspect of how you live, work, and play.

This is how the future looks for a team of students from the Yale-NUS College which bested 12 other teams from Singapore, Thailand, and Egypt at the 2018 Shell’s Imagine the Future Scenarios Competition.

“Asia Pacific cities in 2050 will be unrecognizable to those that we know today,” the group said when it presented its winning scenarios at the 2nd Shell Powering Progress Together (PPT) Forum held in Singapore on March 8.

The team from the American University in Cairo, which won second place, also presented its scenarios at the event, exploring a world where governments take the lead in introducing agriculture and energy projects, and another one where entrepreneurship rules.

Shell introduced the competition in 2016, allowing university students to depict the future of more and cleaner energy in Asian cities and giving them the opportunity participate in addressing future energy challenges.

For the 2018 edition of the competition, the Shell Scenarios team guided the students in developing scenarios based on the question: “More and cleaner energy in urban Asian and Middle Eastern homes in 2050: How we live, work and play.”

The competitionâs third placer, Chiang Mai University, showed how population density can either pave the way for a culturally vibrant and green future called âidea cityâ or an âeconomic city,â where modern technology and education fuel speedy exchanges on data and investments.

“They’ve looked at an urban setting. When we do scenarios, we do the global level. But for us, decarbonizing, which we see as the main driver of change in the energy system, is completely wrapped up with digitization,” according to Shell Scenarios Team policy adviser Mallika Ishwaran.

Welcome to the future of energy

For the Yale-NUS students, the “binary world” is governed by a highly centralized system that allows governments and companies to have greater access to private data, enabling them to create planned out cities and provide efficient services.

The winning team from Singapore imagined two scenarios - a binary world and a dispersed planet.

This order can bring about two exciting opportunities for the energy sector.

First, the expected rise in consumerism will push the development of fusion technology further.

“It is completely necessary for our consumer and energy-hungry society,” the students said.

Secondly, access to private data that is integrated in single networks will pave the way for the introduction of proper carbon pricing on individuals, firms, and governments. The practice will foster transparency and accountability in climate change mitigation efforts.

On the other hand, the winning team described its second scenario as a diverse future or a “dispersed planet,” where individuals are empowered with the freedom to innovate, create their own work, and even generate the energy they want.

Firms, governments, and people are more interested in commodifying data to be sold and exchanged. This increases competition and brings down the data monopolies, empowering consumers in the process.

In this future, the role of data analytics and technology services is limited to specific regions where local solutions are designed to address local problems. For instance, based on this scenario crafted by the students, personal energy generation from photovoltaic cells and community hydropower will make power more affordable and accessible than it is today.

“These two scenarios, whether we see either of them or even a combination of both, provide us an initial dichotomy for us to reflect on the equally disruptive changes that will change our imagination of life as we know it,” the Singapore team said.

Voice of the youth

The voice of the youth in these global discussions is important because it is not only a reflection on their current way of life but also an articulation of their dreams for the imperiled planet that they will inherit.

"What I really love is that a lot of the young people have great ideas about the future. I think we've just decided that in future scenario planning, we really need to involve the young people as well," Dr. Cheong Koon Hean's, Singapore’s Housing & Development Board CEO, said at the forum. The PPT forum, attended by young innovators and leading thinkers from business, government, and society, sparked conversations on how Asian cities will evolve with energy systems that produce more power with less carbon dioxide by around the middle of this century.

To stop the worst effects of global warming, countries should work together to keep the rise in global temperature to 2 degrees Celsius or less as aspired by the landmark Paris Climate Change Agreement.

This is a tough challenge for the fast-growing Asia-Pacific region, where energy supply is anticipated to increase by 60% by 2035 to meet the growing demand associated with the rapid urbanization, industrialization, and economic growth taking place.

The energy industry is listening, and it recognizes the solutions that its young stakeholders are presenting. Amazed by the foresight of the youth, Ishwaran noted how Shell in particular is fostering the culture of innovation as it works to provide more energy for better living.

“It’s about thinking creatively and innovatively about what are the new sources of energy and the new carriers of energy that will meet these demands” Ishwaran said.

And having heard the diversity of ideas coming from the young minds at the PPT forum, she expressed optimism that the region will be “a hotbed of creativity” going forward. - Rappler.com 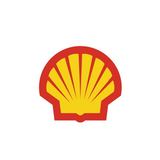 Filed under:shell•singapore•shell powering progress together
HOW DOES THIS STORY MAKE YOU FEEL?