What does it take to be in data science? For them, it is knowing that you can’t know everything but wanting to find as many answers as you could

MANILA, Philippines – Tucked away in BGC, there lies a growing team with big dreams of putting the Philippines on the map for data sciences. While founded by seasoned executives bringing their expertise from various industries, more than half of the office occupants are millennials.

It’s not what you’d imagine a startup would look like.

A start in data analytics

Founded in 2016, Cobena Business Analytics & Strategy, a management consultancy and data analytics startup, describes itself as a place where the best minds come together to make a difference. They believe in building businesses to empower the nation and helping successful enterprises become smarter than ever.

In the span of a little over two years, the company has quickly moved from working inside coffee shops to not having enough of their own office space for their growing number of employees.

Moreso, their work has been gaining attention, along with accolades. They were recently recognized as one of APAC CIO Outlook’s Top 10 Business Solutions providers in 2018.

I’m led to a board room where a group of six begin to gather.

All in their early-to-mid twenties, their team chemistry is evident—they rib each other with inside jokes and nicknames are thrown around.

This is Cobena’s brand of data professionals.

Majority of the six have been with Cobena since its early days, I learn. It being their first or, at the most, their second job.

Coming from backgrounds like Geodetic Engineering, Industrial Engineering, Computer Science, Management Information Systems, and Communications Research, I ask the group what led them to venture down the path of data science.

The group shares how they stumbled upon data analytics, a fairly new industry, and how, coming into Cobena, they realized that what they knew of data analytics was only the tip of the iceberg.

Senior data analyst Ben Harder shares, “My background is actually Geodetic Engineering...medyo malayo siya sa data analytics (it's not exactly data analytics),” he clarifies. “I sort of just accidentally found Cobena. Then I just realized that there are a lot of things that I learned in college that can actually be applied to what we do.”

Mari Arambulo—who feels like she’s coming from the opposite side of the spectrum being a Communications Research graduate—agrees even more strongly. Working now as Cobena’s senior digital and research executive, she says back in university, the extent of her exposure to data science came from her statistics subjects.

“Before it was, ‘If I know MS Excel, I know data analytics’,” she shares. “I had known of big data—how social media was creating so much data every day. But it was really only after joining Cobena that I got a very real experience of how data is actually useful to businesses.”

Ben surmises: “So I guess one of the great things here in Cobena is that while not many of us actually come from a data science background, since we come from different fields of specialization, we come together and make the data work.”

This eclectic employee composition is rooted in what Cobena calls a “whole-brained approach” when it comes to utilizing data analytics.

For Cobena and its data professionals, to make the most out of data, you need to balance left-brain analysis—rational thinking and hard data interpretation—with right brain-style creative strategies.

In a country like the Philippines where the adoption to data-driven decision making is only just growing, Ben says, business actions shouldn’t solely be based on gut feel. The group shares that is where a lot of their seniors’ expertise comes in. Making sure the outputs are rooted in business needs of their clients from different industries.

“So hindi ‘yung (It’s not just) you shoot up a lot of data science outputs, but they don’t answer the important questions,” Ben asserts.

Data science being such a nascent industry in the country, the group sees the challenge in how data sciences and data analytics is still a double-edged sword.

On one end, many businesses are uncomfortable with the idea of surrendering their data for a third party to study.

On the other, as senior business analyst, Leean Tria puts it: “So many people are saying ‘let’s go into data science, so much is going to happen.’ But it’s thrown around a lot that it has almost become a buzzword.”

“We really have to re-align mindsets,” Mari points out.

The group shares that it is also a lot about keeping integrity when working with their clients’ data.

For Leona Lao, product manager for Gateway (Cobena’s signature location-based analytics tool), this causes a disconnect in expectations. “A lot of people want to ride the data science wave. Yes, there is a lot that data science can accomplish; but if you’re really aiming to solve the problems that need solving now, you sometimes have to start with the basics.”

To make a career in data science, for the group, cliché as it may sound, it’s really about attitude rather than hard skills.

While your online search results for the skills needed in data science will be accurate, the group echoes that it is much more than that.

“More than the skills required, willingness to learn things is important. Because most of the things we’re doing, we didn’t fully know about before,” says Bryan Tiu, a senior business analyst.

“It’s also flexibility and willingness to go out of your comfort zone,” Leean adds.

“I had to learn terminologies for the FMCG industry during my early days here,” Bryan responds with a smile.

Leona emphasizes that it’s never about needing to know everything—data does not equate to just math, and the complete set of hard technical skills are not a must.

“I am personally not adept at many things that other people here do. And I don’t think that detracts from how people can add value to an organization. They are coming into a company built with other people.”

“It’s a lot about being passionate about learning. It’s knowing that you can’t know everything, but wanting to,” Leona says.

The group recounts that one of the things they like best about Cobena and being in data science, where the growing industry is a lot of unchartered territory, is the avenue for discovery and building on one another’s strengths.

“We get to think out loud here,” Leean says.

When asked about knowing what to explore in terms of the best data tool or algorithm, Anton points out that they have their seniors’ guidance about which direction to steer into.

A DAY IN THE OFFICE

I point out how it seems like everyone is working based on passion, based on a shared dream.

I am quickly corrected. Yes, there may be a shared dream, but being in Cobena is also about having different passions and different dreams, and seeing all that come together.

I ask them if they plan on staying in this industry.

Ben answers, “Data science will always be around. But I guess the bottom line is that data science is a tool for solving problems. And the solutions to those problems should be interpretable by people because it’s for the people.

So, that being said, I guess I’ll be staying in this business of solving problems for the people.” – Rappler.com 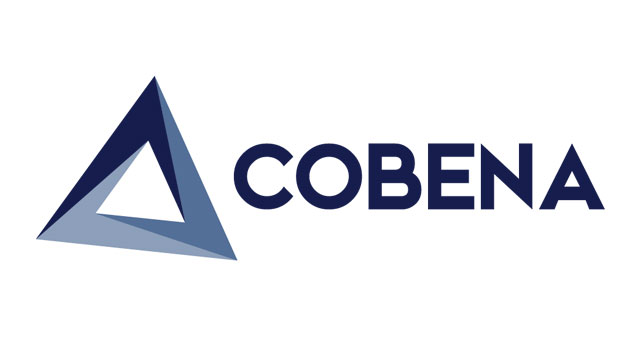 Shedding Light on your Data

Filed under:Bonifacio Global City•data analytics companies in the Philippines•data science•Cobena Business Analytics & Strategy
HOW DOES THIS STORY MAKE YOU FEEL?