MANILA, Philippines – In 2018, the Office of the President (OP) is once again expected to get a P2.5-billion allocation equally divided between confidential and intelligence funds.

This sum is the same as the amount the OP received for these budget items in 2017. But it is 5 times bigger than the combined funds the office received (a total of P500 million) in 2016, under the last budget enacted during the Aquino administration. (EXPLAINER: Office of the President's confidential, intel funds)

In justifying the huge increase in these line items, the budget department said the funds will be used "mainly for President Rodrigo R. Duterte's war against drugs, criminality and corruption." Increased efforts in these areas on the part of the President, the department said, naturally requires an increase in resources.

Critics questioned the big jump. Funds such as these, after all, had been subject to abuse in the past.

In investigations into corruption within the armed forces in the past decade, former armed forces budget officer George Rabusa admitted that relaxed controls over intelligence funds made conversion of funds from other budgetary items possible.

Unlike regular budget items, confidential and intelligence funds are liquidated using the sealed envelope system, making them difficult to audit.

In a 2011 interview for the book, The Enemy Within, Newsbreak's book on military corruption, former Commission on Audit (COA) chair Guillermo Carague explained why. "We can't audit intel funds because they are used for espionage purposes," he pointed out. "How can you verify espionage?"

PRONE TO ABUSE. Because they are difficult to audit, confidential and intelligence funds have been abused in the past, as shown in previous scandals in the military involving George Rabusa, Jacinto Ligot, and Carlos Garcia.

Following major corruption scandals that related to the use of intelligence funds, some efforts were made to improve controls over their release and liquidation.

(For desktop users, click on any of the images below to enlarge.)

Still, by their very nature and their impact on national security, the specific uses of these funds are not disclosed to the public, said former COA chairperson Grace Pulido Tan. Auditors still have to rely on certifications by government agencies using their confidential and intel funds, since receipts are not always expected for many expenses charged against these funds.

When Rappler asked him about this in an interview, Budget Secretary Benjamin Diokno asked citizens to put their trust in Duterte. "We just have to trust him na mabuting tao siya (that he is a good person)," he said.

Diokno made that statement about the Duterte administration's intel and confidential funds over a year ago, when the war on drugs was just starting to gain steam.

Now, as Duterte sought another extension of his self-imposed deadline on the eradication of illegal drugs in the country, questions mount over whether the significant increase in funds for intelligence and confidential expenses has achieved its objectives.

Why put intel funds under OP?

A big question that needs to be answered is whether it makes sense to put the funds under the Office of the President, considering that the OP is not a unit primarily responsible for intelligence outcomes.

Senator Antonio Trillanes IV earlier raised concerns over the capacity of the OP to manage such a huge increase in confidential and intel funds.

Ideally, a budget department insider said, these funds should go to the line agencies which are accountable for intelligence operations outcomes. "The President should not have that. Or it should be minimal as possible."

Post-Martial Law, intel and confidential funds allocation under the OP first got a significant boost during the time of former president Joseph Estrada, when he created the Presidential Anti-Organized Crime Task Force (PAOCTF). Diokno, incidentally, was also Estrada's budget secretary.

Since then, despite the much reduced role of the PAOCTF and anti-crime offices under the OP, the funds remained under the President's office.

BUDGET BOOST. Budget Secretary Benjamin Diokno also happens to be the budget secretary during the time of former president Joseph Estrada, the last time the OP got a significant boost in confidential and intel funds.

Key security sector and crime enforcement agencies, however, have no reason to complain as they have their own share in the intel and confidential funds boost.

Apart from the OP, the biggest beneficiaries of the increases in the confidential and intelligence funds are the Philippine Drug Enforcement Agency (PDEA), Philippine National Police (PNP), and the defense establishment:

Note that this is on top of increases for other budget line items in these agencies.

As of 2017, confidential and intelligence funds for the country's armed forces is at least 6 times higher than the levels during the Aquino administration. Receiving the increases are the Philippine Army and the General Headquarters (HQ) of the Armed Forces of the Philippines (AFP).

The Philippine Drug Enforcement Agency (PDEA) is the agency mandated by law to implement the efficient and effective implementation of the national drug control strategy.

Under the law, PDEA is tasked, among others, to "monitor and, if warranted by circumstances, inspect all air cargo packages, parcels and mails in the central post office, in coordination with the Philippine Postal Office and the Bureau of Customs." It is also supposed to "conduct eradication programs to destroy wild or illegally grown plants from which dangerous drugs may be extracted."

In addition, it is mandated to "establish and maintain a national drug intelligence system" in cooperation with agencies "that will assist in the apprehension of big-time drug lords" as well as establish "close coordination, cooperation and linkages with international drug control and administration agencies and organizations."

When Duterte assumed office, PDEA was the lead agency in the drug war – on paper. But it was the PNP that grabbed the spotlight in the first months, becoming the face of the administration's anti-drug efforts.

Criticism over the PNP's bloody approach to the war initially forced the President to pull out the PNP and name the PDEA as the sole agency in charge of his "war on drugs" in October 2017.

This was short-lived, however. In early December 2017, the President brought the PNP back into the anti-drug operations, with PDEA retaining the lead role.

Tokhang, the administration's main strategy to combat the drug menace, largely involved asking barangay leaders to submit lists of supposed drug pushers and drug addicts in their communities and literally knock on the doors of suspects.

Tokhang has a separate budget (amounting to P900 million) from the PNP's confidential and intelligence funds. With PDEA taking the lead in the drug war, the House and the Senate decided to realign the said funds to housing projects for the police and the military.

Apart from the PNP's door-to-door approach, the Department of the Interior and Local Government (DILG) had also tried to implement "drop boxes" in barangays. Reports and feedback made through these "drop boxes" would supposedly help in battling criminality and drugs, but some residents fear it would lead to false information. The DILG eventually promised the Senate in October to "drop" the idea of drop boxes.

These methods reflect a focus on street-level rather than big-time drug trafficking operations. Critics note that they have also resulted in many innocents becoming regarded as collateral damage. 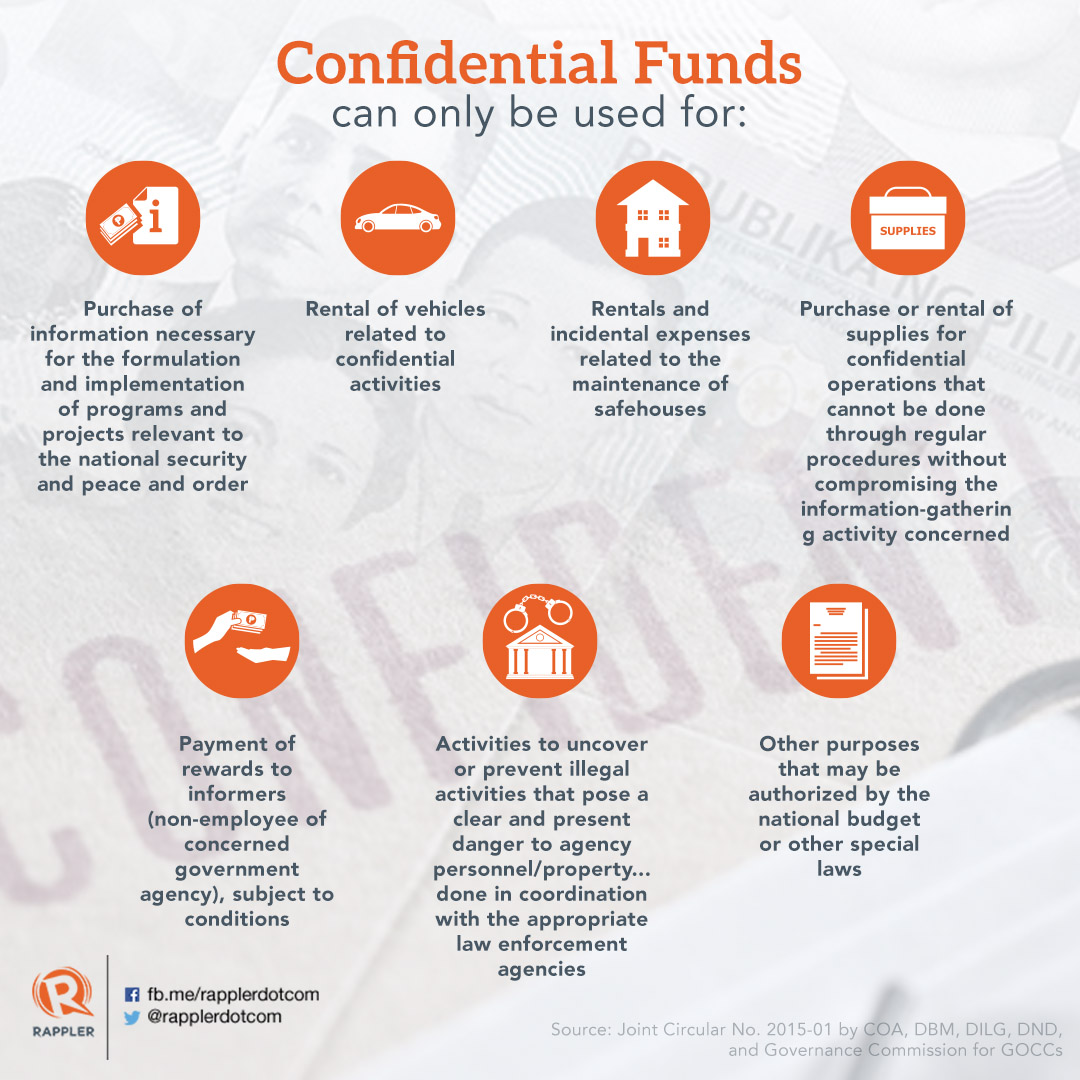 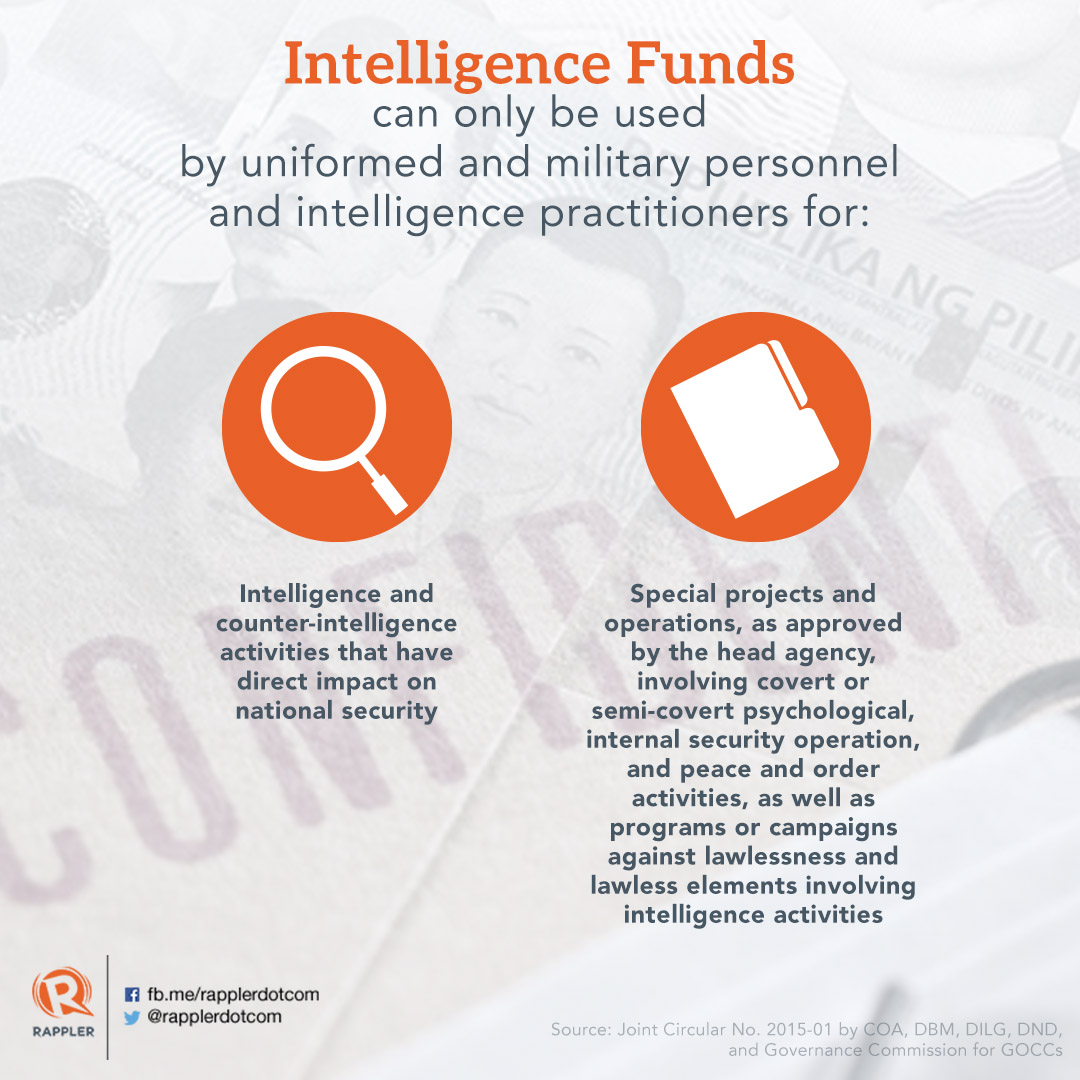 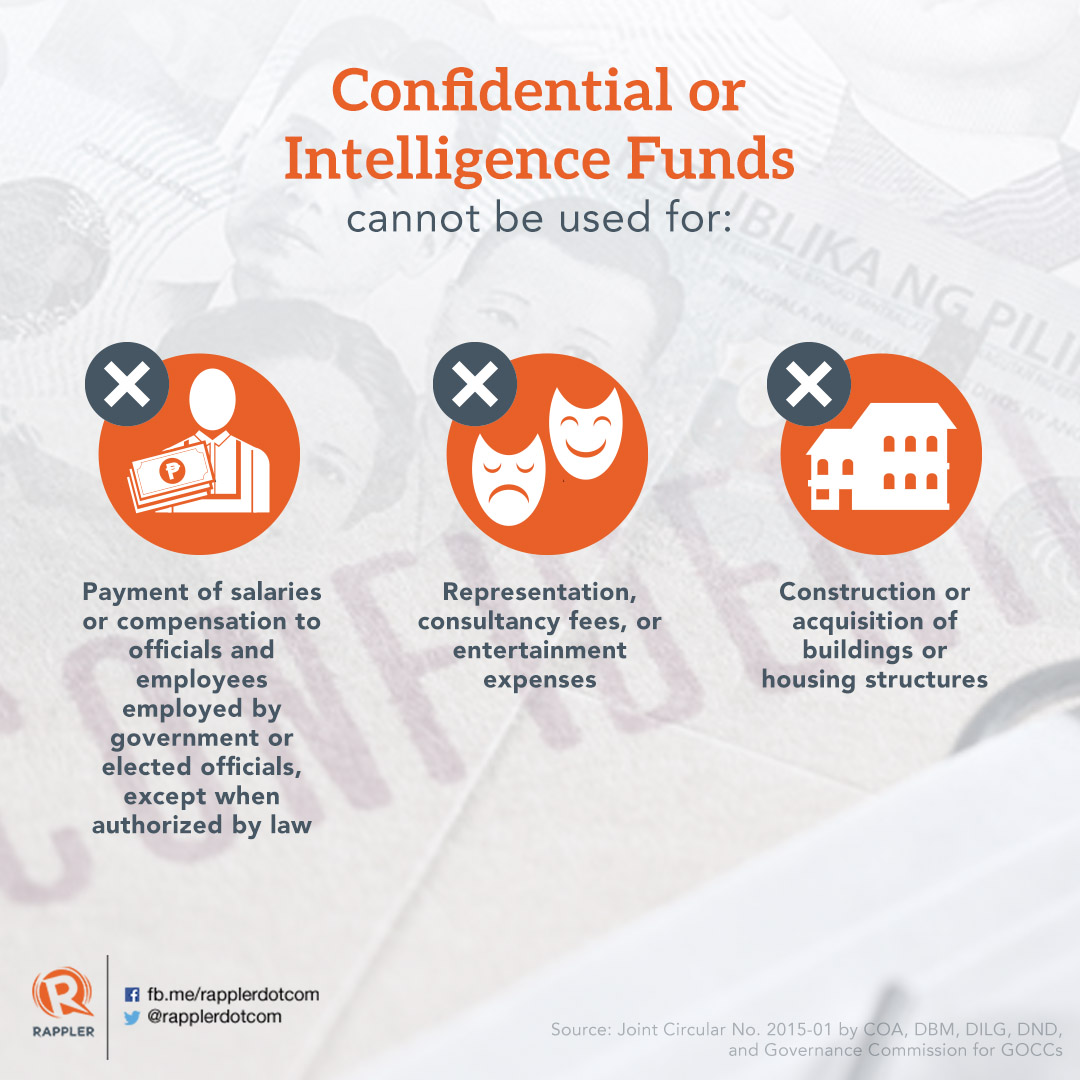