Rappler talks to Ormoc City Mayor Richard Gomez on what he has done so far, and his plans as chief executive of the Eastern Visayan City 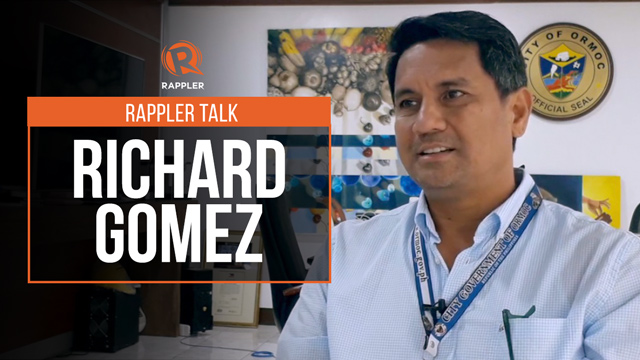 LEYTE, Philippines - For actor-turned-politician Richard Gomez, his reelection as mayor of Ormoc City in the last elections showed that he was able to prove himself as a capable local chief during his first term.

In the May 2019 elections, Gomez got thrice as much votes over his closest rival Eric Codilla, a former 3-term mayor and scion of a powerful political clan in Leyte.

Torres-Gomez was able to survive the latest disqualification case, which the Commission on Elections (Comelec) dismissed last April.

Gomez says that, despite the political challenges, a clear mandate and cooperation from the people of Ormoc City have helped him execute his plans to accelerate progress in his city, located in one of the poorest regions in the Philippines.

The second-term mayor speaks with Rappler’s Cebu bureau reporter Ryan Macasero to talk about what he has achieved so far and what he hopes to accomplish in his second term as Ormoc chief executive. Watch it here. - Rappler.com