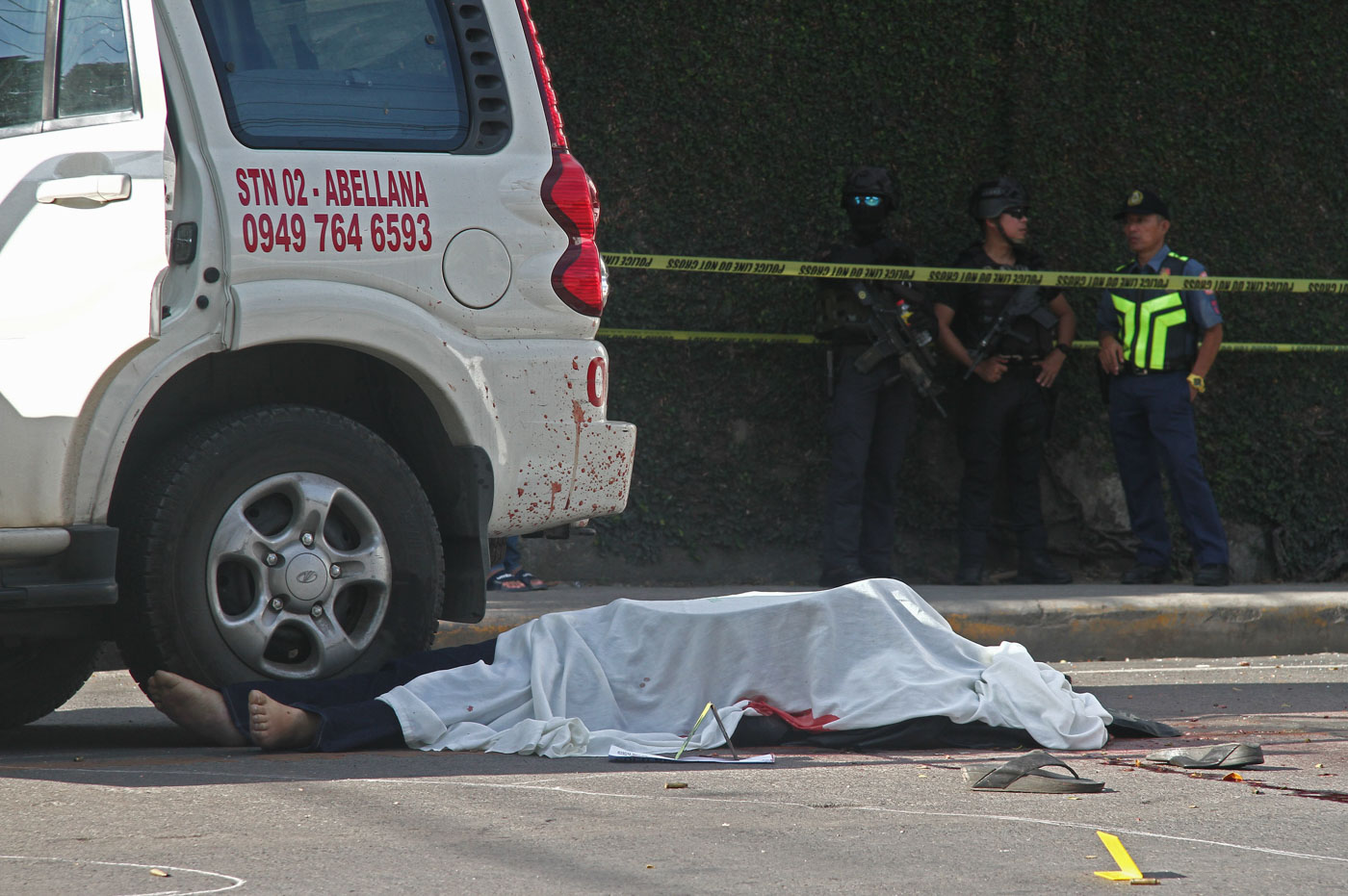 "In Misamis, there are groups that were allegedly sending threats," Cebu City Police Director Gemma Cruz Vinluan told reporters in Filipino during a press conference on Saturday, where she gave updates on the investigation into the killing of the local official.

She said that Navarro's associates told police that they had been receiving threats even before he figured in an incident at a massage parlor in Cebu City that led to his arrest and the filing of assault charges against him on Thursday, October 24.

Although she did not want to elaborate on their findings on the motive for the killing so far, she told reporters that the incident at the massage parlor would not be a reason to kill Navarro.

"It’s definitely not [related to] the acts of lasciviousness and physical injury [charges]," Vinluan said.

Navarro was on his way to face inquest proceedings at the Cebu City Prosecutor’s Office when he was ambushed by about 10 armed masked men who stopped the police convoy, pulled the mayor out, and shot him in the head. (READ: Misamis Occidental town mayor shot dead in Cebu City)

Navarro’s sister Princess, who was with the mayor when he was killed, mentioned in an interview with reporters that Navarro had political rivals in Clarin who could have been behind the killing.

Looking at all angles

Navarro is among the alleged narco-politicians in the March 2019 list that President Rodrigo Duterte himself released to the public ahead of the May elections to dissuade voters from reelecting the officials. Clarin, who was number 31 in the list of 44, was reelected.

Vinluan confirmed that Navarro was a drug high-value target, but she would not automatically conclude that this was the reason behind the killing.

"Let's not directly relate the killing to that, we're looking at all angles, including business and political rivalry," Vinluan said.

Vinluan also said Cebu City police were not informed that Clarin was in town and that they only learned about this when the viral post on the massage parlor incident circulated on social media. The mayor was in this city for a meeting of economic leaders of the province.

Navarro's Clarin police escort, Chief Master Sergeant Roberto Sanoy, who was among those hurt in the ambush, also did not alert his local counterparts about the meeting nor the mayor’s presence in Cebu City.

Asked why the police who were in the mayor's convoy were unable to fend off the suspects, Vinluan explained that the cops tried but they got shot at first.

Police Master Sergeant Carlo Balasoto, who was among those in the police convoy that transported Clarin to the city prosecutor's office, told reporters on Friday that the police escorts were not overpowered by the gunmen, but were just caught off guard.

Aside from Sanoy, the others injured were identified as Police Corporal Eutemio Catalan, and Clarin municipal administratorJohn Baylon.   There was another civilian who was injured in the shooting, whose identity was withheld by police.

The two policemen were hit in the feet, while another was hit in the body and another in the head.

Although it’s not clear if the one hit in the head was the municipal administrator or unidentified civilian, that person is in critical condition in the intensive care unit. The others sustained non-life threatening injuries, Vinluan said. – Rappler.com