Congress, not Senate, for Sherwin Gatchalian 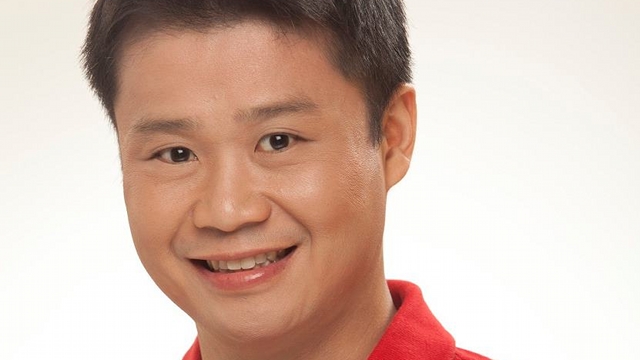 IT'S CONGRESS. Valenzuela Mayor Sherwin Gatchalian decides against running for senator in 2013. File photo from his Facebook page

MANILA, Philippines – Valenzuela Mayor Sherwin Gatchalian is dropping his senatorial bid and will instead seek to return to Congress.

Gatchalian confirmed to Rappler that he is no longer running for senator and will pursue a congressional bid in the 1st district of Valenzuela in the 2013 midterm elections.

The mayor was initially eyed as a senatorial candidate of Vice President Jejomar Binay’s United Nationalist Alliance (UNA). He and former Tarlac Governor Margarita “Tingting” Cojuangco were being considered to take the slot of Cebu Governor Gwendolyn “Gwen” Garcia who dropped her senatorial bid.

He made his decision following the release of a September Pulse Asia survey showing he ranked 26-35.

Gatchalian said though that he is unaware of Cojuangco’s plans. 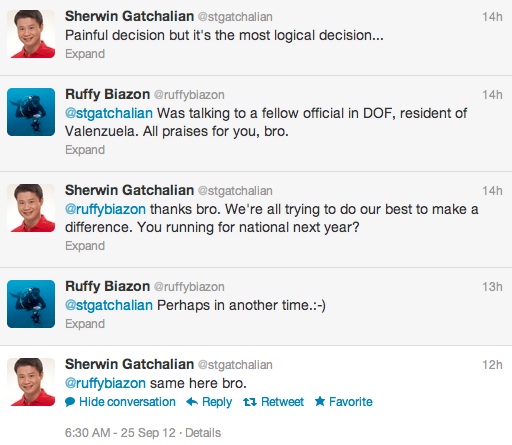 The mayor is on his 3rd and last term as Valenzuela’s chief executive. He will seek to reclaim the congressional post he held from 2001 to 2004.

Gatchalian aims to exchange places with his brother, 1st District of Valenzuela Rep Rex Gatchalian, who will run for mayor in 2013.

The Gatchalian brothers belong to the Nationalist People’s Coalition (NPC). Their father is businessman William Gatchalian, known as the "plastics king."

Mayor Gatchalian is an honoree for public service in The Outstanding Young Men (TOYM) awards for 2011. He graduated with a Business Administration degree from Boston University in Massachusetts. He also finished advanced studies in Corporate Finance at the Euromoney Institute of Finance.