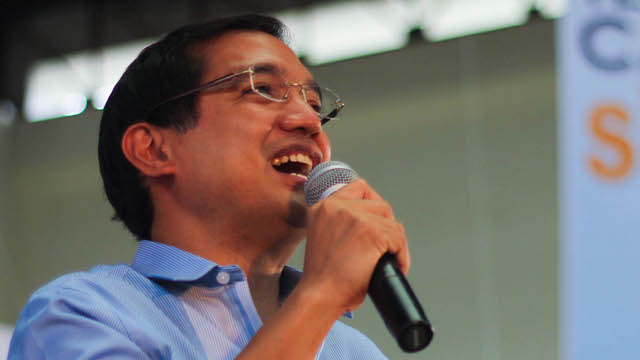 “Red-tagging against us will always be present every election. But we believe that the people will eventually see through this labels,” Casiño said in front of thousands of supporters here.

“The challenge is to show what we have actually accomplished,” Casiño added.

The Makabayan bloc, the official umbrella political organization of leftist party-list groups, made the same accusation againt the military and other rightist groups, including retired general and now fugitive Jovito Palparan, during the 2010 national elections. Makabayan fielded former Bayan Muna Rep Satur Ocampo and Gabriela Rep Liza Maza for the Senate race in that election. Both lost.

Makabayan said their critics seek to demonize the leftist candidates as fronts of the Communist Party of the Philippines and the New People’s Army to intimidate their members and supporters.

The militants have consistently denied the allegations.

Ariel Casilao, Makabayan regional coordinator for Southern Mindanao, is confident the red tagging will not work. But he maintained that the red tagging must be resisted and exposed. - Rappler.com