Sipag at Tiyaga, Mr Palengke and 4 other memorable ads

MANILA, Philippines – In February 2001, the Philippine Congress lifted the ban on political advertising, ending 14 years of pol ad drought. At the time, lawmakers pointed out that political ads level the playing field because these would give new names the chance to compete against old, established ones.

Political advertising has since dominated national campaigns. We're listing 6 memorable senatorial advertisements that taught us a thing or two about the types of ads work -- and don't -- as far as Filipino voters are concerned. We didn't include presidential ads since the presidential race has an entirely different context.

It was during the 2001 mid-term elections that political advertising was first re-introduced to the campaign. While most of the candidates had yet to understand the new campaign tool, then candidate former House Speaker Manuel Villar Jr surprised everyone with a full battle plan.

Villar's ads shook the advertising industry and rattled his opponents.

He came out with the "Sipag at Tiyaga (ST)" (hard work and perseverance) ad series that was meant to show voters his spectacular rise from a poor boy of Tondo to a successful businessman and politician. It was a play on the acronym ST, which stands for "sexy and titillating" movies -- a genre popular to the masses.

(Unfortunately, we can't find a video link now. We're posting a 2007 version of the campaign.)

In the 2001 ad, Villar danced, albeit awkwardly, to that year's biggest hit - Tom Jone's "Sex Bomb." And to give the ST acronym justice, popular sexy starlet Rosanna Roces appeared in the ad to endorse him.

We're not sure if this type of ad would still work in the 2013 senatorial elections, but back in 2001 it was sensational. Remember this was the first time Filipino voters were seeing political ads. Everything was a novelty.

Villar ranked 7th in the final tally of the Commission on Elections. It was a big feat for someone relatively unknown.

It helped, of course, that he was the Speaker of the House who fast-tracked the impeachment of then President Joseph Estrada that eventually led to the latter's ouster. With the euphoria of Edsa 2, the senatorial ticket of Estrada's successor, President Gloria Macapagal-Arroyo, had the advantage in that race. Villar was in that ticket.

Villar would use the same narrative in his re-election bid in 2007. He won again.

But the 2010 presidential race was a different ballgame. For the first time, his narrative was challenged. Rival camps raised serious doubts about his claim that he grew up a poor boy. The messaging collapsed. Villar came in a poor third in the final Comelec tally.

They were the first negative ads in the Philippines and they were meant to discredit re-electionsit senators who were supportive of the ousted Estrada: Senators Juan Ponce Enrile, Panfilo Lacson, Gregorio Honasan, and Miriam Defensor Santiago.

Another ad showed an old video of Sen Miriam Defensor-Santiago telling reporters she will jump out of a helicopter if Estrada is removed from office. It was juxtaposed with a follow-up interview with the senator after Estrada was ousted. In the ad, a laughing Santiago tells reporters: "I lied."

All the ads ended with the question: "Iboboto mo pa ba sila?" (Will you still vote for them?)

The ad was very controversial. Candidates threartened to sue ad maker Yolanda Ong for libel; the ad was eventually pulled out.

Enrile and Santiago lost for the first time in their political careers. Honasan ranked 13th, which gave him a 3-year term. Comelec opened 13 slots that year fill the vacant slot left by Teofisto Guingona II who was appointed vice president.

Of the bets targetted by the ads, only Lacson got a full 6-year term.

It was the year that introduced "Mr Palengke," yet another success story on political advertising.

Mr Palengke was a strategy to make Manuel "Mar" Roxas II - who comes from the elite Araneta clan - appealing to the masses. It wasn't too far-fetched. He was the trade secretary then and one of his responsibilities was to monitor the prices of basic commodities.

In the ad, the Wharton graduate sashayed to the hit song "Mr Suave" of Parokya ni Edgar band. The political elite was amused; the voters loved it. The relatively unknown politician who ranked 18th in surveys 7 months before the elections topped the senatorial race on voting day. He beat popular movie star Ramon Bong Revilla, who placed second.

Roxas showed that if you have the money to bombard voters with good ads, you can win a seat in the Senate.

Analysts also acknowledged that his widely publicized relationship with ABS-CBN anchor Korina Sanchez helped. Roxas and Sanchez made their relationship public on Valentine's Day, Feb 14, 2004, about 3 months before the elections.

Roxas would revive his "Mr Palengke" image in his aborted presidential bid in 2010. Roxas and Sanchez also got married in 2009. Roxas however eventually gave way to the presidential bid of Benigno Aquino III and ran as his vice president. He lost. 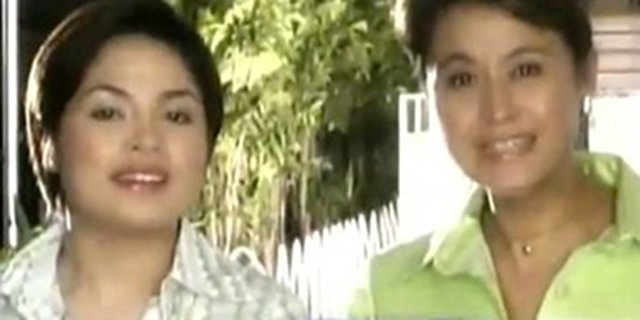 Celebrity endorsements were common in the 2004 senatorial elections. But candidate Jamby Madrigal's ad was a bit unique.

It was one thing to get the endorsement of the year's most popular celebrity - Judy Ann Santos; it was another to suddenly look like her and copy her haircut. Some groups back then criticized Jamby for allegedly deceiving voters.

After a 6-year term in the Senate, Madrigal decided to run for president in 2010. Asked about the ethics of candidates getting celebrities to endorse them, Madrigal maintained that she won in 2004 based on her merits and that she regretted taking Santos as her endorser.

Santos said she was hurt by Madrigal's statements. Madrigal also lost the elections. 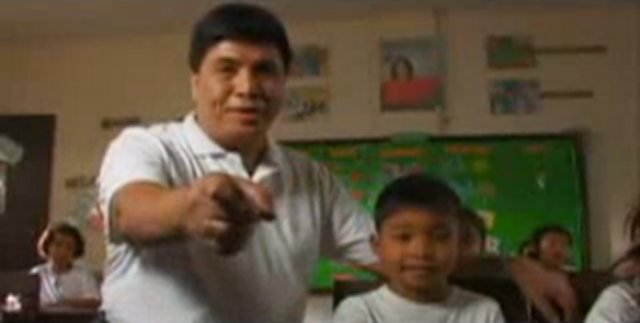 Former Surigao del Sur Rep Prospero Pichay, an ally and party mate of former President Arroyo, joined the 2007 midterm senatorial race because nobody else would dare.

The Arroyo administration was reeling from the "Hello, Garci" cheating controversy. A wiretapped conversation between President Arroyo and a poll commissioner was leaked. Arroyo was heard asking the commisioner if she'd still win by one million votes over the late Fernando Poe Jr. Arroyo would later apologize for the call.

Because of the controversy, Arroyo's political party Lakas-Christian Muslim Democrats could not complete its senatorial slate. Pichay, who was on his last term in the House of Representatives, took his chances.

Pichay copied the strategy of Roxas. He bombarded voters with TV and radio ads that carried a simple message: "Pangarap kong tuparin ang pangarap ninyo (My dream is to fulfill your dream)."

It almost worked. He ranked 14th despite the anti-Arroyo sentiment. A Newsbreak-comissioned post-election survey showed then that Pichay's ads were the most memorable political ads in the 2007 senatorial elections.

Pichay only started airing his ads during the official campaign period. Who knows what would have happened if - like Roxas- he started airing them a year before the elections.

Before he became president, Benigno Aquino III was elected senator in 2007. It was a difficult campaign for him until his camp realized in the middle of the campaign what they were doing wrong.

His sister Kris Aquino was the country's top product endorser. It made complete sense to capitalize on her endorsement. In his first salvo of radio and TV ads, Kris Aquino endorsed his brother. But it was not generating the effect that his camp was hoping for. Aquino was stuck in the lower half of the Magic 12, the so-called "danger zone."

The same survey showed that the late President Corazon Aquino had more influence on voters. Aquino's ad makers changed their strategy. They produced the "Lagot siya sa nanay niya" (He will answer to his mom) ads, where the late democracy icon endorsed her only son.

Aquino rose in the rankings. - Rappler.com