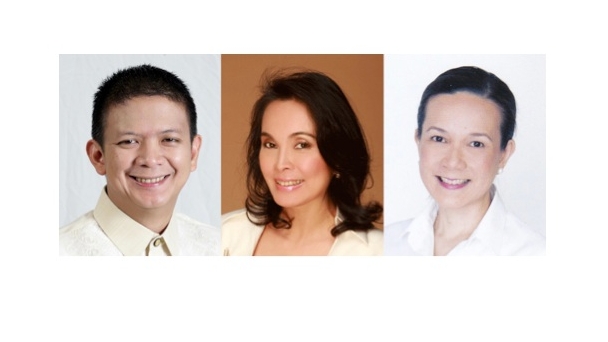 MANILA, Philippines – The opposition United Nationalist Alliance (UNA) will stick to its slate of 9 senatorial candidates.

The statement was made a day after UNA dropped the 3 candidates it shared with the administration slate Team PNoy for failing to appear in its proclamation rally and sorties.

“We will focus on our 9 UNA candidates.”

“UNA holds in high regard [their] candidacies but UNA has not officially made and will not make an offer for them to join us as guest candidates,” Tiangco said.

The announcement puts to rest the long-running issue of common candidates. Vice President Jejomar Binay had warned about dropping Legarda, Escudero and Poe if they still snub UNA events.

The decision to finally drop the 3 sparked rumors that the independent candidates will replace them on the slate.

UNA stalwart former President Joseph Estrada initially said he was open to talks about including Villanueva in the UNA ticket.

Besides Villanueva, Casiño and Hagedorn were initially in talks with Estrada about possibly joining UNA.

Yet in past days, Tiangco and UNA’s senatorial bets said they prefer that the alliance just stick to the 9 exclusive candidates.

"Personally, I am already comfortable with the 9. I want to stick with that because they've been with us through thick and thin. They deserve our support,” Tiangco told Rappler in a previous interview.

“I think 9-0 is more doable than 12-0. I guess it will be easier for us to go around and court voters. It’s easier to ask for 9 votes instead of 12. At least, the voters will still have 3 other names they can add,” Binay said.