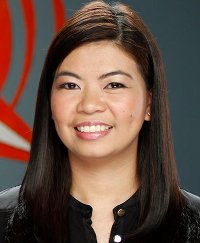 MANILA, Philippines - Both the administration's Team PNoy and rival slate United Nationalist Alliance (UNA) have been obsessed about drawing the lines between each other. But the second week on the campaign trail showed that slates can also go so far. The senatorial race -- at the end of the day -- is about individual candidates differentiating themselves from the rest.

This became evident in the two major developments on the second week of the campaign period that highlights the saying, “Politics is addition.” Slates can help, but there are various other factors that can boost or blow a candidate’s chances.

It's a big loss to the 3 candidates, who were banking on getting the best of both worlds -- the endorsements of President Aquino and Vice President Binay.

Second, the Diocese of Bacolod urged voters to junk 7 senatorial candidates, mostly belonging to Team PNoy, because they voted in favor of the reproductive health law. Although the existence of the Catholic vote for national positions is yet to be proven, there are concerns from candidates that other dioceses will join the campaign.

The diocese also endorsed 3 UNA candidates and 3 Team PNoy candidates for voting against the RH law.

It's a double whammy for both survey leaders Escudero and Legarda, who were both junked by UNA and the Diocese of Bacolod.

The vote-rich provinces that both UNA and Team PNoy visited the past week also highlighted the saying "all politics is local." Senatorial candidates have to build their own support base among local officials, who cannot always be depended on to carry slates wholesale.

UNA's campaign stage was interesting, if now awkward. It brought together the feuding families of senatorial candidates Magsaysay and Gordon, whose members are contesting the same local positions.

On the same day, Team PNoy bet Ramon Magsaysay Jr was campaigning in the Visayas. Although UNA is first to visit his home province, the son of late President Ramon Magsaysay said he is confident that Zambales will carry him.

Voters usually support candidates coming from their own provinces.

It's the same situation in Negros Occidental, the final stop of Team PNoy on the second week of the campaign.

All politics is local

The province is a known bailiwick of Nationalist People's Coalition founder Eduardo "Danding" Cojuangco Jr. NPC is a coalition ally of the administration's Liberal Party (LP), but Negros Occidental cannot be expected to deliver a 12-0 victory for Team PNoy.

Legarda told Rappler it is up to the national and local officers of NPC to decide which candidates to carry in the province.

Three other senatorial candidates have ties to NPC. Former Senator Ernesto Maceda is chairman emeritus of the party, one of the first senators to come from NPC. Puerto Princesa Mayor Edward Hagedorn, seeking a Senate seat as an independent, is also an NPC member. Senator Francis Escudero, who bolted the party in 2010, is said to have returned to the graces of Cojuangco. He is considered an honorary member of the party.

Most of the 6 candidates tailing the Magic 12 -- but who have statistical chances to catch up and displace them -- belong to Team PNoy.

All politics is local. In the history of Philippine elections, there is no dearth of tragic stories of senatorial candidates junked in the last minute to favor another. They are lucky if they are warned at all. Others just saw the results. - Rappler.com