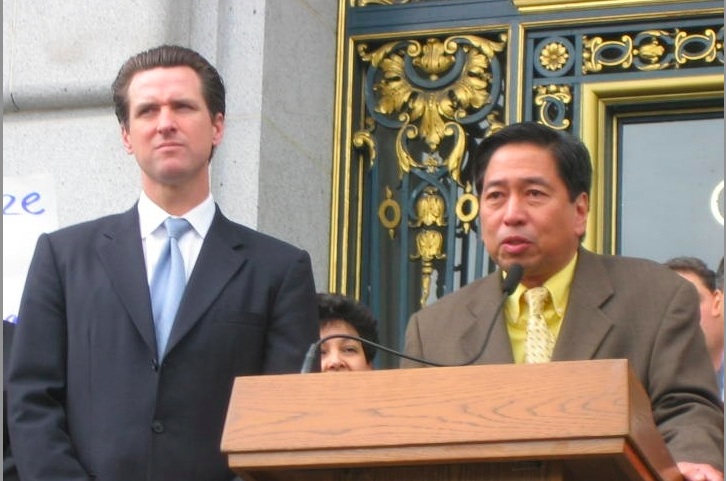 CALIFORNIA, USA — Filipino voters based here are joining the chorus of anger over the removal by the Commission on Elections (Comelec) of 245,002 voters from the overseas absentee voter (OAV) registry.

“It is so obvious that the Comelec commissioners, as presently constituted, are absolutely clueless about the needs, aspirations, and concerns of the 12 million overseas Filipinos,” said San Francisco-based lawyer and columnist Rodel Rodis.

Rodis is president of US Pinoys for Good Governance (USP4GG), a civil society group that “engages the global Filipino community in fighting corruption in the Philippines.”

The Overseas Absentee Voter Act was approved by Philippine Congress on Feb. 13, 2003. It allows Filipino citizens abroad to vote for national positions in Philippine elections through the embassies and consulates in their host countries.

Comelec spokesperson James Jimenez said Comelec disqualified the voters based on Republic Act 4630, Section 19. It says that “failure to vote in two successive preceding elections is grounds for disqualification from the Comelec voters’ list.”

Rodis says, however, that applying this law to the OAVs is a misapplication of the law.

“What he (Jimenez) failed to understand is that the Overseas Absentee Voting Act of 2003 was enacted as a result of Section 2 of Article V in the 1987 Philippine Constitution, which gave Congress the explicit power to provide a system of absentee voting by qualified Filipinos abroad,” Rodis explained.

Jimenez reiterated that Comelec stands by their decision. “There appears to be no cogent or compelling reason not to comply with the law,” Jimenez told Rappler, disagreeing with USP4GG’s position.

“Overseas Filipinos don’t operate under the same conditions as the ones in the Philippines,” said Rad Abarrientos, a registered OAV and a member of USP4GG from Redwood City.

'We are driving the economy'

Although he was not among those removed from the list, Barrientos said he was “outraged” by the Comelec’s move.

“Of course we matter in Philippine elections. OFWs are driving the economy of the Philippines and sent $21 billion home in remittances last year,” he said.

According to the Comelec’s committee on overseas absentee voters, which is chaired by Commissioner Lucinito Tagle, 13,942 names were removed from the voter registry from the Americas.

Rodis and Abarrientos said they believe that OAV voters were not given proper notification.

According to Comelec Resolution 9567, it should be announced in “newspapers of general circulation that the list of their name will be published in the websites of both the Commission and the DFA (Department of Foreign Affairs) with the advise that, if they wish to remain in the list, they should file a manifestation of their intent to vote in the May 13, 2013.”

The names of absentee voters were published in two domestic print newspapers that did not reach many readers, according to Rodis.

These were published only a little over a month from Dec. 4, 2012, for OAVs to file their manifestations.

He said in his column published last January 23 that only 29 OAVs worldwide were able to file such manifestations and were allowed to vote.

The rest, he said, were “thrown under the bus.”

Jimenez told Rappler, without going into detail, that Comelec sent notices to all who were about to be removed, giving them ample time to send their manifest of intention to vote.

“They were given an opportunity to manifest their intention to vote in 2013,” he said.

Senator Aquilino Pimentel III, chairman of the Senate committee on overseas absentee voting, praised Comelec last November when they reported that the number of registered overseas voters had reached 915,000, up from 589,000 voters registered in 2010.

Based on the number of overseas voters removed as reported by Comelec, the actual number of registered absentee voters would be at 669,998.

Voter turnout outside of the Philippines has been historically low. Comelec says there are about 3 million Filipinos living outside of the country who are qualified to vote.

Philippine lawmakers have taken steps to address the problem.

House Bill 3977, authored by now deceased Bohol Rep Erico Aumentado, was approved in October 2012. It sought to amend the OAV Act of 2003 to make it easier for overseas Filipinos to vote.

The bill extends overseas voters the right to vote not only in presidential and senatorial elections but in national referenda and plebiscites as well.

Akbayan Rep Walden Bello, who was also an author of the bill, said that the measure will allow Filipinos with dual citizenship to vote without renouncing other allegiances and immigrant or permanent residences.

The measure will also remove the requirement for overseas voters to declare an intention to return to the Philippines within 3 years, as currently required.

“The measure shall be effective, far reaching, and voter-friendly to Filipino voters,” Bello once told reporters.

The Senate also approved early this month its version of the bill, Senate Bill 3312 authored by Pimentel. A bicameral version has yet to be drafted.

For Rodis, the answer is to appoint an overseas Filipino worker to the Comelec.

“The recent amended overseas voting bill removing the affidavit of intent to return within 3 years is a good start,” he said. “But appointing an overseas Filipino will move us in the right direction.” – Rappler.com