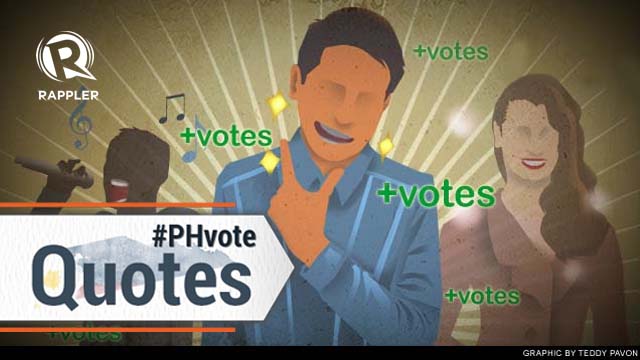 MANILA, Philippines – The campaign season shapes up into a battle of looks.

Who's more handsome – the former matinee idol or the former comedian? A party leader, also a former actor, pits the two against each other.

And who wouldn't want to be called beautiful? It turns out this former news anchor begs off – at least when it comes to survey results.

Hear the candidates bash each other and, of course, praise themselves in the process. Here's the past week in quotes. 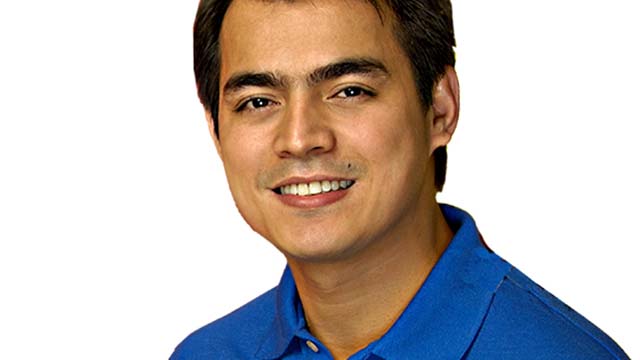 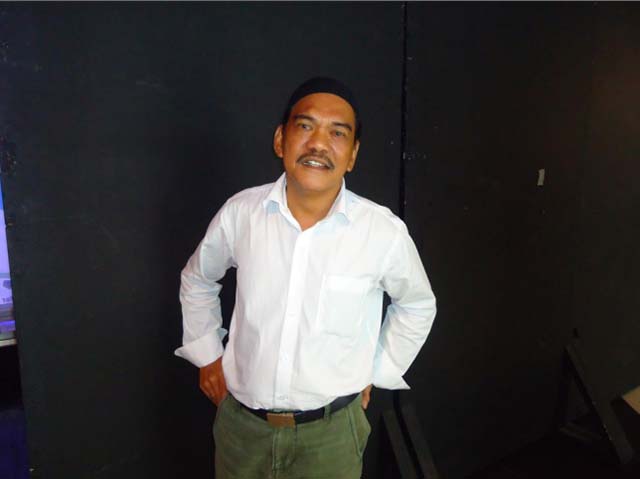 'I KNOW THE JOB.' Lou Veloso, candidate for vice mayor of Manila, has done local legislative work as councilor for 15 years. Photo by Jerald Uy

“Kaya nga nagpakabait na ako. Kung 'di ka na nga guwapo, tarantado ka pa, sino pa’ng magtitiwala sa 'yo?” (That's why I'm trying to be good. If you're already ugly and you have a bad personality, who else would trust you?)” 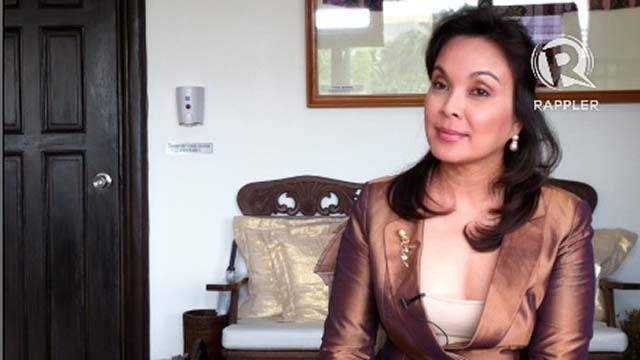 - Reelectionist Senator Loren Legarda, addressing perceptions that only glamor makes her number one in surveys

It isn't hard to do.

No cheating in elections

And no swindlers too.

Imagine all the people,

You may say I'm a dreamer,

But I'm not the only one.

One election day please join us,

- Senator Koko Pimentel, singing his version of the song “Imagine” by John Lennon and dedicating it to his rival, resigned Senator Juan Miguel Zubiri. Pimentel suffered from cheating in 2007, and Zubiri benefited.

- Zubiri dedicating “Imagine” to Pimentel, hitting him for his supposed stance against poll automation. Pimentel, however, claims he favors automation, and only wants the Commission on Elections to abide by technical rules. 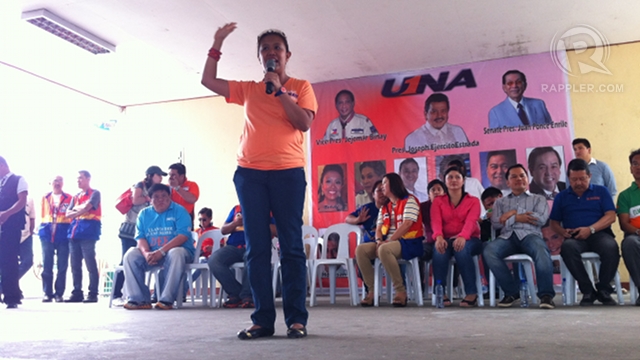 'REMEMBER ME.' Nancy Binay does the high-five to help voters in Mabalacat, Pampanga remember her ballot number. Photo by Ayee Macaraig.

(I don't have money to buy an iPad... My dad taught me that you should be able to shake hands with many people because you really need personal touch and interaction. That’s my only gimmick.)

"I'm the son of my father, the late President Ramon Magsaysay. It defines maybe genes or background or history. That is the message. I am the 'Tunay na Magsaysay' (Real Magsaysay)”