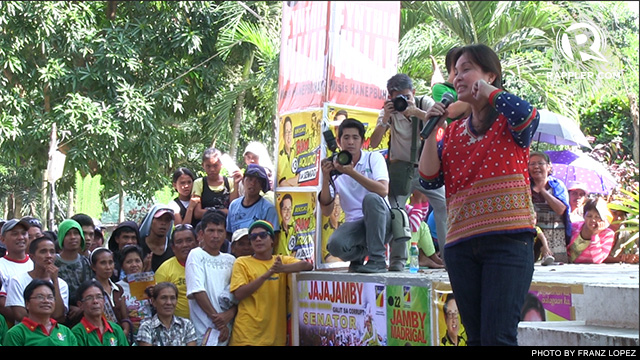 On Tuesday, March 5, as Malaysia launched its second assault on Sabah villages where close to 200 Filipino gunmen have been holed up for 3 weeks now, the senatorial slate of President Benigno Aquino III proceeded to southern Mindanao to woo voters.

Will Sabah hurt the candidates' chances in May?

He told a press conference in Tacurong City: "What's happening in Sabah will not have an effect on us… We are confident that people will understand the limitations of the government to fully take control of the situation."

Drilon boasted that all the governors of the Autonomous Region in Muslim Mindanao support Aquino.

On Friday, March 1, gunfire broke out in Sabah between the followers of one of the Sultan of Sulu's heirs, Jamalul Kiram III, and Malaysian police at the disputed island, after a 17-day standoff. Three days later on Monday, March 4, ARMM governors gathered together and supported Aquino's calls for Kiram to withdraw his followers from Sabah.

Kiram's supporters have refused to leave despite escalated violence there.

Former Sen Ramon Magsaysay agreed with Drilon, adding he trusted the wisdom of voters to understand the ongoings in Sabah as an issue with Kiram III and not Aquino, and hence should not translate to non-votes for the coalition.

But Sen Loren Legarda expressed impatience when asked about Sabah's effect on the coalition, saying that is not what matters.

"It's not the right time to look at what the impact of Sabah is on the campaign. What's important is the safety of our Muslim brothers in Sabah," she said. "I'm asking the Malaysian government to exercise extreme tolerance and sobriety."

Re-electionist Koko Pimentel, the only Mindanao-born bet in Team PNoy, also expressed confidence they would receive support from the region, although he admitted Tausugs may be disappointed in Aquino's decision to ask Kiram to pull out.

"I do not think it will affect the slate. Maybe in the Tausug part of Mindanao there will have some disappointments because lives have been lost but generally speaking, the President has handled this particular matter very well," he said.

Pimentel added, however, that the "Aquino Magic" in Mindanao would ensure victory for the slate, and not "Erap Magic" referring to former president Joseph Estrada who got the largest number of votes in Mindanao ever given to a senator, vice president, and a president.

Team PNoy has repeatedly said Mindanaons have had a change of heart since 2010, when they overwhelmingly supported Estrada's bid for the presidency over now president Aquino -- because of the reforms Aquino has instituted during his first term in power.