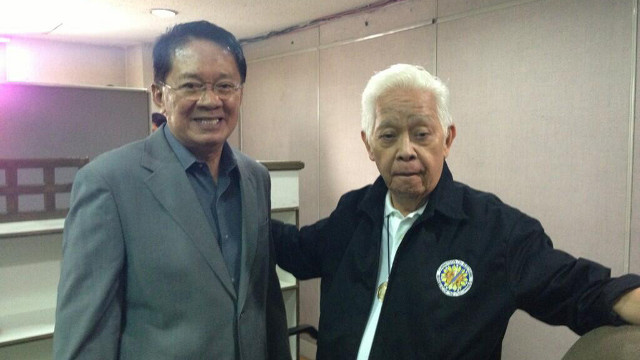 MANILA, Philippines – He knew what they did last summer – or, in this case, what poll operators in Lanao del Sur have been doing to manipulate elections in his home province.

Former ambassador to Egypt Macabangkit Lanto, one of the two newly-appointed commissioners of the Commission on Elections (Comelec), had supposedly fallen victim to poll fraud twice.

The first time, he was unseated as congressman of the 2nd district of Lanao del Sur in 1994 through what he claims was a setup at the House of Representatives Electoral Tribunal (HRET). The second time, he was allegedly cheated when his rival in the congressional race was able to replace the election inspectors with partisan civilians.

So his appointment should make the syndicate behind the massive cheating operations in Lanao del Sur nervous.

Lanto vows to monitor the activities of EOs particularly in Lanao del Sur, and go after them if they attempt to make a repeat of their operations in the May 2013 polls.

“I will pursue electoral reforms and initiate reforms within Comelec. Reforms should also start within,” he stressed.

In the midterm 2007 polls, Lanto lost to Pangalian Balindong for the congressional race in Lanao del Sur’s 2nd district. He blamed his loss on a cabal of operators working for election officers (EOs).

In the two Lanao provinces, EOs have gained the reputation of being demi-gods – determining the fates of local officials. EOs make a killing every election season, and it is no wonder that they are among the richest there, Lanto said in previous interviews.

During the 2007 polls, Lanto asked the Comelec leadership for a total overhaul of the EO assignments in Lanao del Sur, citing conflicts of interest and perceived biases of EOs in some towns.

He named several EOs who were involved in questionable activities in the 2004 presidential polls and raised the possibility they would again operate for favored candidates in the 2007 elections.

Lanto wrote the Comelec about a plan by the syndicate of EOs to sabotage the results of the elections in the town of Picong. He said he got word that members of the Board of Election Inspectors would be replaced with civilians, “who are partisan to my rival.”

His brother Benjamin Lanto, then the Liberal Party lead counsel in Lanao del Sur, was able to gather evidence that those who administered the elections there were civilians who were not authorized by the Comelec.

The Comelec’s failure to cleanse its ranks contributed to the failure of elections in 13 towns in Lanao del Sur, Lanto said.

He said erring EOs in Lanao del Sur were “emboldened” to resort to their dirty tricks because “they know they can get away with it, they are not punished,” he said in a previous interview.

Set up in the HRET

As to his being unseated as congressman in 1994, Lanto insisted he was a victim of a setup in the HRET. Operators for his rivals allegedly switched genuine election documents in the ballot boxes with fraudulent ones to make it appear that Lanto had cheated.

When his rivals protested his victory in 1992, Lanto filed his own counter-protest, but later withdrew it on the advice of his lawyer, Pete Cuadra. Cuadra told him the counter-protest would not be necessary since his lead was insurmountable.

It proved to be misplaced confidence, and so resulted in a costly mistake.

He recalled one of his advisers being approached by someone from the HRET seeking money in exchange for helping in the revision of the ballots. He declined the offer.

When the election documents were reviewed, it was found that election returns and the municipal certificates of canvass were tampered with. This led the HRET to unseat him, concluding that he seemed to have benefited from fraud. He was replaced by Mario Hisuler, who was declared winner by a lead of only 597 votes.

When Comelec Chair Sixto Brillantes Jr introduced Lanto to reporters on Friday, March 8, the poll chief said he had personally reviewed the documents pertaining to the HRET case that unseated Lanto. He did not find anything that would point to Lanto having committed fraud.

Lanto said some quarters were probably out to discredit him this early "so as to embarrass the President," who appointed him.

Lanto is a close friend and said to be a fraternity brother of the Liberal Party's Sen Franklin Drilon. The senator had recommended him earlier as OIC governor of the Autonomous Region in Muslim Mindanao. – Rappler.com