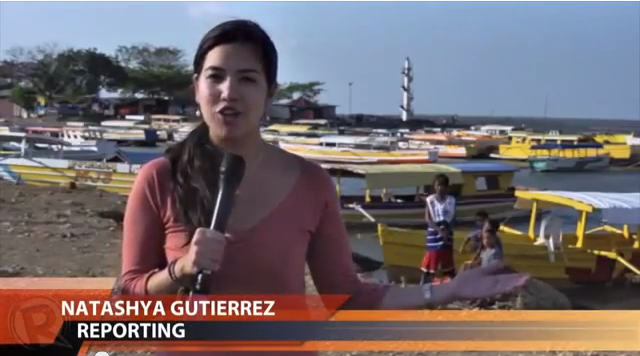 Despite a heated local rivalry between the Liberal Party and the Nationalist People’s Coalition, Team PNoy is confident Pangasinan will vote for the administration coalition because of President Aquino.

In the words of senatorial bet Jamby Madrigal, "Dagupan can make or break a candidate."

She couldn't have said it better.

In Pangasinan, 1.6 M voters are at stake, the country's third vote-richest province.

It's no wonder Team PNoy, the coalition of the President, pulls all stops here.

Pangasinan is a key battleground for the Liberal Party and the Nationalist People's Coalition. The gubernatorial race is bitter, with Braganza and incumbent governor Romeo Espino throwing mud at each other. President Aquino hopes Pangasinan voters will give him the same support he got from them in 2010. Pangasinan overwhelmingly voted for President Benigno Aquino III in the 2010 presidential race.

Team PNoy will spend two days here and stop in all 6 congressional districts.

Aquino joins his slate in Dagupan, then Alaminos, and endorses his senatorial bets. He also pushes for Braganza over Espino.

(I truly believe in Nani Braganza. Unlike others, he will not gamble away your future. It is not in his vocabulary to use force or violence in order to gain power)

He calls Pangasinan Aquino's bailiwick, and expects support from the NPC to carry Team PNoy.

(We knew since the beginning there would be places we couldn't avoid local contests so we emphasized that in local races, when we have candidates, we would allow them to fight but we're allied in the national level)

For any candidate -- highly ranked or not -- wooing Pangasinan is a must.

And appearing with Aquino here may just be the way to seal the deal.