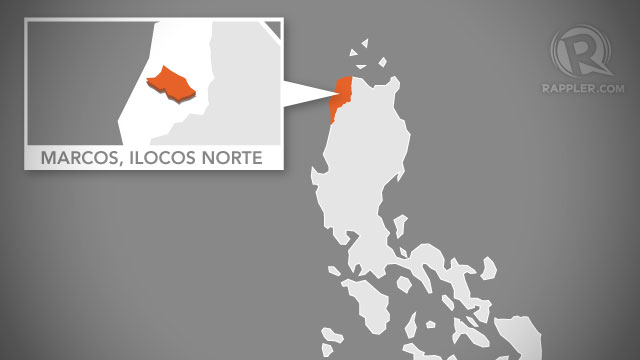 MANILA, Philippines – The Commission on Elections (Comelec) has a new “area of concern” in the coming polls, 4 months since its last briefing from the Philippine National Police.

Ilocos Norte is now among the 15 provinces that the PNP and the the Department of the Interior and Local Government consider at high risk for election-related violence. This is based on their nationwide monitoring since the election period started on January 13.

The last time the police briefed the poll body was in November 2012. At that time, the Ilocos Sur was still on the list. It has been replaced by Ilocos Norte.

A mayoral candidate was shot dead in Marcos, Ilocos Norte, in February. It happened nearly 3 weeks after an assassination attempt at the town’s re-electionist mayor.

Comelec chairman Sixto Brillantes Jr identified the 15 areas of concern after a meeting with police and military officials on Tuesday, March 19. They took up poll-related security issues, such as private armies and crime groups.

The provinces identified by the PNP were:

A locality can be classified in 4 ways according to the level of security risks it faces in relation to the elections:

Brillantes said they don't see any area yet to be put under Comelec control. “If there is a total breakdown of peace and order in one province, that’s the time you go under Comelec Control.”

Comelec Resolution No. 3618 states that the Comelec may put under its control areas where there's intense political rivalry between or among candidates, political factions, or parties.

An area can be under Comelec control if there are paramilitary forces, private armies, or identifiable armed bands that threaten to disrupt the holding of free, peaceful, honest, orderly, and credible elections.