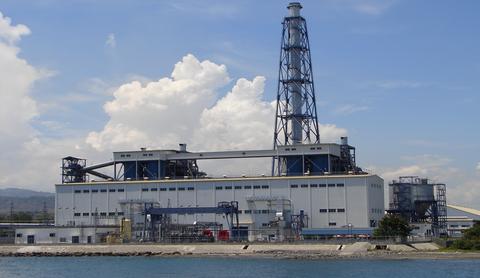 GENERAL SANTOS CITY, Philippines - Capitalizing on an issue very close to the hearts of Mindanaoans, senatorial candidates from the United Nationalist Alliance (UNA) blamed President Benigno Aquino III for "sitting" on the power supply problem in the island.

"From Day 1, dapat sinagot na nila ito (they should have resolved this)," UNA senatorial candidate Jack Enrile said in a press conference.

Mindanao has been suffering from recurrent power outages that stretch up to 7 hours.

The National Grid Corporation of the Philippines said Mindanao's reserve power capacity has already been on the negative with peak load far outpacing available system capacity.

The transmission company said reserve capacity was at (-179 MW today, Saturday, March 23. It was more than 250 MW short of supply Friday.

He said the problem in Mindanao will persist until 2015 or until enough generating capacities are already in place.

Two coal-fired power plants projects by the Aboitiz (350MW in Davao City) and the Alcantaras (105 MW in Sarangani) will not go on commercial stream until early 2016.

By then the demand for power supply would have gone up. Annual power supply demand growth in Mindanao averages at 4.2%, according to industry sources.

Although Mindanao has a total installed capacity of more than 1810 MW; available capacity today is only 955 MW or slighty more than 50% of the demand.

Antonino said they are now negotiating the purchase of "modular generator sets" to address the immediate needs for power supply.

But re-electionist Senator Gregorio Honasan said the government should use revenues from the Malampaya funds to repurchase the power barges and diesel plants that were sold when fossil-fired generating plants owned by the government were privatized under the Energy and Power Industry Reform Act or RA 9136. He also bucked suggestions to give the president emergency powers.

Another UNA candidate JV Ejercito said the Mindanao power crisis is already spiralling out of hand.

“This is alarming, if the situation continues, the power crisis continues, this will definitely affect the economy of the whole of Mindanao," he said in a statement issued by UNA.

He said the rehabilitation of the Agus-Pulangi hydroelectric plant complex should be fast tracked.

The two hydroelectric plants have a rated capacity of more than 900 megawatts due to their antiquated facilities and the heavily silted Pulangi River reducing their actual capacities to less than 500 MW.

State-owned think tank Philippine Institute for Development Studies said residents and businessmen in Mindanao should brace for longer brownouts in summer with no new capacity to support power demand in the region. - Rappler.com