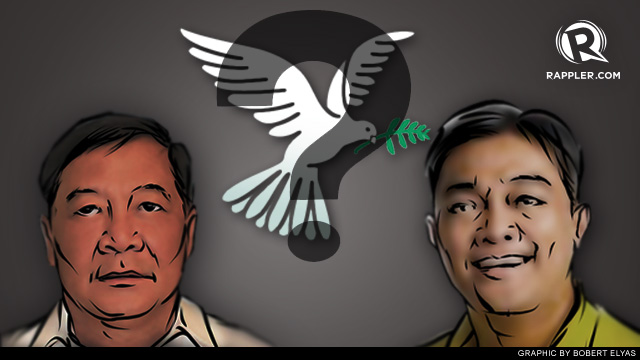 DAGUPAN CITY, Philippines — Citing prior commitments, the two gubernatorial candidates of Pangasinan skipped a peace covenant signing by local candidates at the Metropolitan Cathedral of St. John the Evangelist here on Monday, March 25.

Others who were present said the absence of re-electionist Pangasinan Gov Amado Espino Jr and his sole opponent Alaminos City Mayor Hernani Braganza lessened the impact of the covenant.

The candidates, by signing the pact, are pledging to avoid vote buying, election fraud, and the use of threats. They also promise to not go beyond lawful campaign spending.

Pangasinan has the third highest voters' population among provinces. It is among the 15 areas identified by the Department of the Interior and Local Government (DILG) to be at "high risk" for poll-related violence due to politicians' intense rivalries.

The Nationalist People's Coalition, the dominant party in the province and under whose banner Espino is running, has protested the "high risk" tag. Braganza is with the Liberal Party, having joined his good friends President Benigno Aquino III and DILG Secretary Mar Roxas for this year's elections.

Espino and Braganza are in a one-on-one race.

Re-electionist 6th district Board Member Alfonso Bince said Espino's and Braganza’s non-appearance at the covenant signing lessened its impact. He said the other local candidates also had previous commitments, but they made time for the signing.

Calimlim said he welcomes this symbolic effort in a bid to have clean and peaceful elections. He said the governor was attending a PhilHealth card distribution in the 6th district of Pangasinan.

Lingayen-Dagupan Archbishop Socrates Villegas, who presided over the signing, advised the signatories to take the covenant to heart. He urged the electorate to pray for the candidates because of the difficult challenges they are facing.

The signatories, gathered in front of the altar, swore to focus their campaign on good governance, and to refrain from dragging personal issues and the families of their fellow candidates, to not resort to violence nor employ armed groups.

Lawyer Marino Salas, provincial election supervisor of Pangasinan, advised his fellow government workers who are not candidates “to leave politics to politicians.” - Rappler.com