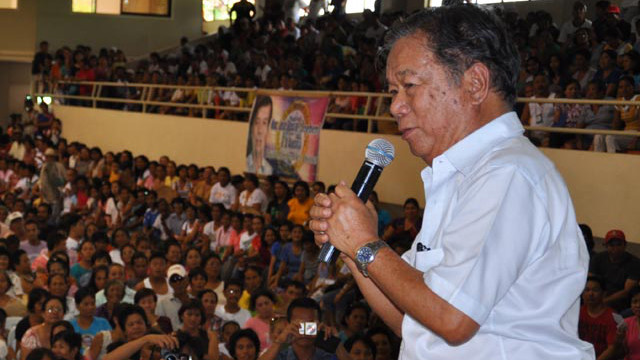 In making the request on Tuesday, April 2, he cited the recent killings of a policeman and police asset, as well as 18 incidents of extra-judicial killings in previous elections.

Marañon said the killing in Escalante City Monday night emphasized the need for security in the province for the upcoming elections. Eight suspected assassins from the New People's Army (NPA) shot dead Police Officer 1 Bejein Tanguan and police asset Joseph Lutrago, who was considered a campaign leader in the city.

“Threats to undermine the people's free will to choose come May 13 are becoming apparent just on the second day of the official campaign for local positions. Such act of cowardice must be condemned in the strongest term possible, and the perpetrators must be brought before the bar of justice,” Marañon said.

One of the rebel assassins, who was shot by Tanguan before he died, was found dead in a sugarcane field on Tuesday.

Marañon said concern has been raised by many that the killing could be telltale signs that the “reign of terror” and “days of warlordism” may dominate the election campaign in the province.

Acting Provincial Comelec supervisor Wil Arceño, however, said the present peace-and-order situation in Negros Occidental does not warrant the placing of the entire province under Comelec control.

“This is an incident in just one city, while there is no similar incident in other towns and cities of the province,” Arceno explained.

Arceño added that all possibilities for the killing, including political motivations, are not yet being ruled out. But he noted that killings in Escalante have been occurring whether there are elections or not, and have been a peace-and-order concern.

"Let's give the PNP and AFP time to investigate the matter deeply. Comelec-Negros has full faith and confidence that they are on top of the situation," he said.

Escalante City was among the 13 towns and cities in Negros Occidental that have been placed under PNP's election watch list due to reported private armed groups of candidates who are enaged in intense political rivalry. - Rappler.com