The party that took ballots seriously 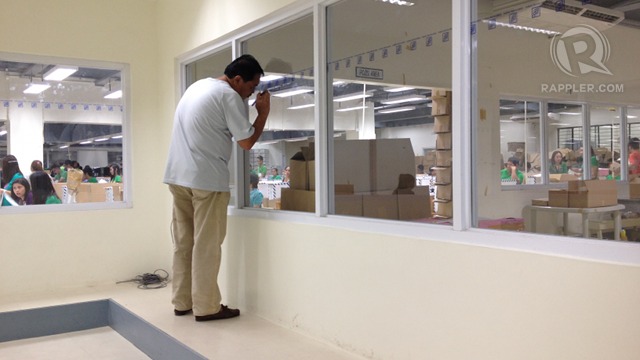 UNA deployed Maximo to take 8-hour shifts, along with two others, to watch the process that Commission on Elections (Comelec) chair Sixto Brillantes Jr calls the “heart” of elections. The NPO said only UNA consistently deployed representatives to watch ballot-printing 24/7. 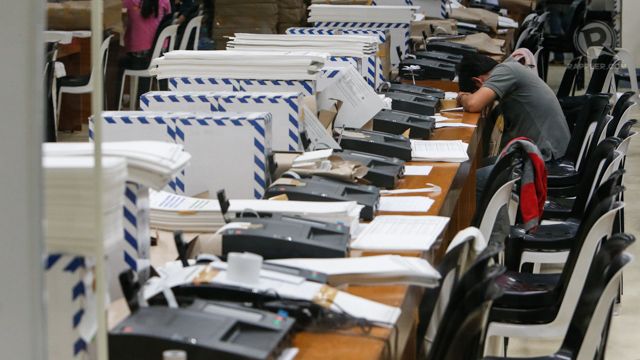 PCOS TEST. To ensure ballots will work on May 13, each of these passed through a PCOS machine. File photo by Rappler/John Javellana

For clean elections, it is crucial for parties to monitor ballot-printing. Election operators, after all, may use extra ballots in cheating – even as the Comelec vows no extra ballot was printed this year. “Dito nag-uumpisa ang lutuan,” said Brillantes, a former election lawyer, recalling previous elections. (This was where manipulation began.)

To be sure, observers like Maximo may not enter the ballot-printing area. But watching from a distance, they may, like CCTV cameras, keep an eye on suspicious activities – such as, for instance, possible attempts to smuggle out ballots on a massive scale.

(That's the order. That's what UNA wants, so that we can guard it, because at least we know what happens there minute per minute. Even if we're confined here, we can see what's happening inside.)

Thursday, April 3, was Maximo's last day to watch ballot-printing, with the NPO finishing the process in record time. Maximo, however, said UNA will continue to monitor the packaging and transporting of ballots. (Watch the video report below.)

NPO assistant director Raul Nagrampa, who oversees ballot-printing, told Rappler that the “most consistent” in guarding the ballot-printing process is UNA.

The ruling Liberal Party (LP), the closest rival of UNA, seldom sent representatives to monitor ballot-printing, according to Nagrampa.

UNA's campaign manager, Navotas Rep Toby Tiangco, said it was “sound management” to deploy representatives to the NPO. Tiangco said UNA just “wants to be sure” – and not to regret having lost this opportunity in the future.

“Everything that you're entitled to do, you do,” Tiangco said. 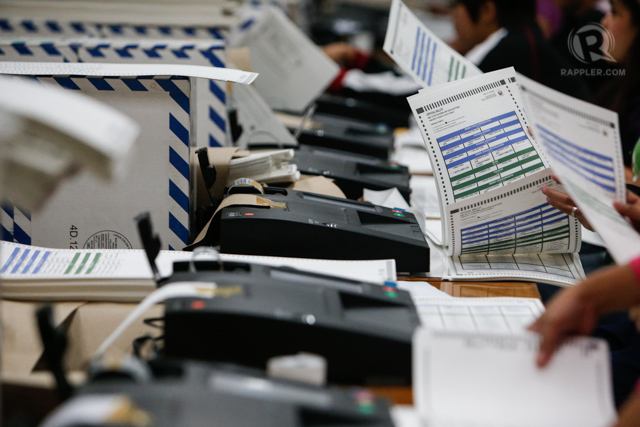 How did UNA's watchers assess the ballot-printing process?

Tiangco said “there are no alarm bells based on our watchers.” “So I don't think there's anything irregular,” he added.

Rappler contacted LP's spokesman, Marikina Rep Miro Quimbo, for comment on the matter. Quimbo said he will provide information once it is available.

Brillantes stressed the ballot-printing process was open to all political parties. 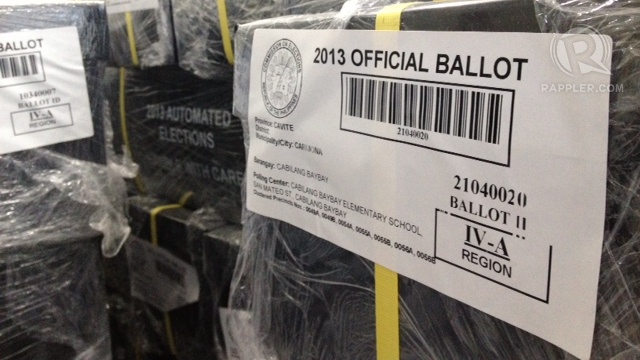 READY FOR TRANSFER. The Comelec transfers ballots to a storage house in Marikina City. Photo by Rappler/Paterno Esmaquel II

From the NPO in Quezon City, the Comelec transfers all printed and packed official ballots to the Comelec warehouse along Marcos Highway in Barangay Calumpang, Marikina City. Then, the poll body transports these to various provinces, in time for the elections on May 13.

Political parties and watchdogs, including those who didn't monitor the printing of ballots, have over a month to guard the heart of the elections. – Rappler.com