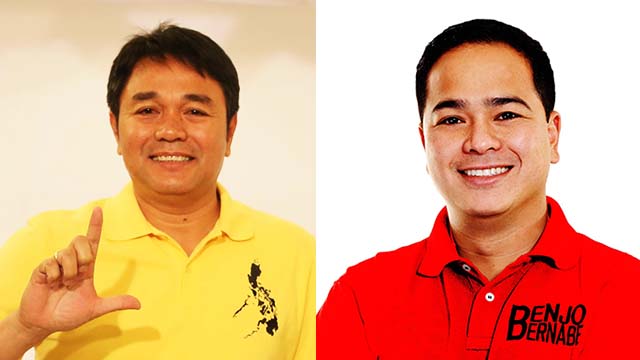 IT'S THE SONS' TURN. After their fathers slugged it out in the 2010 local posts, Congressman Edwin Olivarez and Councilor Benjo Bernabe will battle in the mayoral race in Parañaque City. Images from their respective Facebook pages

MANILA, Philippines - Sons of mayors who had served in Parañaque City will slug it out for the city's top post today.

He is teamed up with Rico Golez, son of incumbent 2nd District Rep Roilo Golez. Both are running under the United Nationalist Alliance.

In 2010, their fathers faced off in the mayoral polls where the elder Bernabe emerged as winner.

Besides being councilor, the younger Bernabe is also vice president for operations of real estate firm BERMA Management Corp. The younger Olivarez, meanwhile, served as vice governor of Laguna from 2004 to 2007. He lost his bid for the gubernatorial post in 2007. - Rappler.com