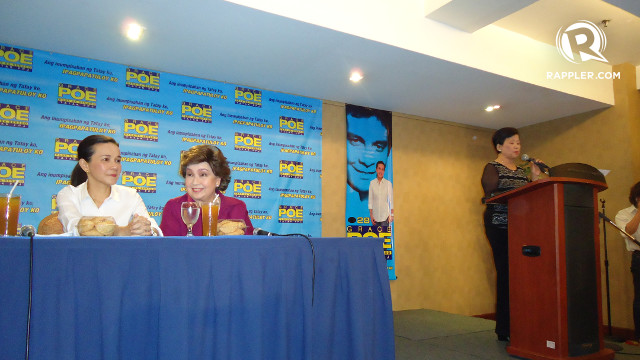 "As producers, FPJ and Susan always wanted to provide jobs to small movie producers. Grace has the same dedication, passion and integrity as her parents," Monteverde, one of Philippine showbusiness's most influential people, said.

"As a mother I feel it in my heart that Grace will make a great senator. Remember, mothers know best."

Monteverde said she initially did not want Poe to run for senator because she believed in the reforms Poe initiated as chief of the Movie and Television Review and Classification Board (MTRCB).

"At first I wanted Grace to stay at the MTRCB because she had accomplished a lot of important projects while in office. But I also knew in my heart that the country needs her," she said.

"I cannot be selfish because I know Grace will be able to accomplish more as a lawmaker," she added. 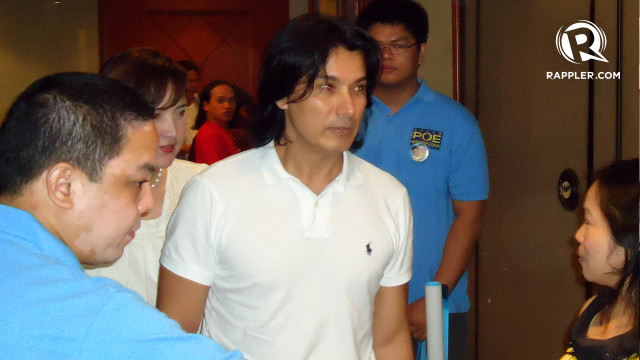 "She really, really works hard. She's strict when she needs to be strict," Martinez said. "We really felt so bad when you left us but we know that when you have done a lot in MTRCB, ano pa kaya sa Senado? (we know you would do more in the Senate)"

READ: The independence of Grace Poe

Other actors who came in support for Poe were Tirso Cruz III, former Sen. Freddie Webb and her mother, Susan Roces. The Poe camp said Roces is set to appear in a TV political ad endorsing her daughter next week.

"I save the one that knows me the best for last," Poe said. - Rappler.com