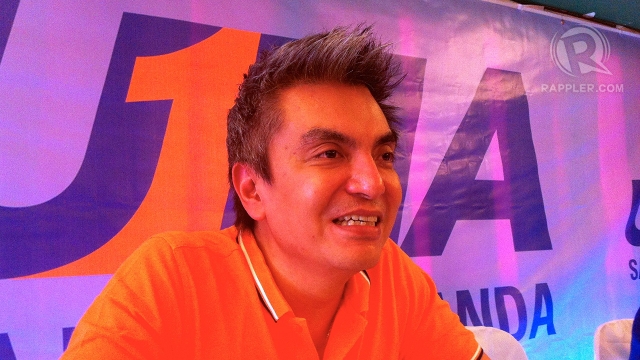 The opposition United Nationalist Alliance (UNA) latched on to new poverty figures to attack the administration’s “spin” that the economy is improving.

In a press statement, UNA campaign manager Navotas Rep Tobias “Toby” Tiangco and senatorial bets responded to the National Statistical Coordination Board (NSCB’s) report showing that poverty incidence in the first semester of 2012 stood at 27.9%, virtually unchanged from the same period in 2006 and 2009.

UNA said the data showed that the administration’s efforts to trumpet the 6.6% economic growth in 2012 “starkly juxtaposed with reality.”

(What happened? Didn’t they say the economic is improving. Here we are, why are many still poor?)

Nancy Binay said government should invest in irrigation and resolve the power crisis.

(We need big investment for irrigation but the return of investment will be greater because our farmers will benefit from this and we will attract investors.)

On the power crisis, she said: “Investors are starting to leave China because of the high labor cost but they are not going to the Philippines because we do not have adequate power supply. If we address our power shortage, we will also fix the job shortage.”

Enrile, who is running on a platform of food security, lamented that poverty incidence is highest among fishermen at 41.4% and farmers at 36.7% as of 2009.

“It is sad that those who devote their lives to food production to feed the country end up with almost nothing on their own tables. That is why I introduced [House Bill] 4626 or the Food for Filipinos First to correct this imbalance,” Enrile said in a separate press statement.

The congressman said his proposed law will help increase agricultural production through practices like reliable irrigation systems, post-harvest facilities, and the adoption of high-yielding production techniques.

A day after the release of the figures, the Palace said government will create jobs and programs to increase the productivity of farmers.

Zambales Rep Milagros “Mitos” Magsaysay and former Senate President Ernesto Maceda said the figures point to the failure of the Aquino administration to make a dent on poverty.

“President Aquino has failed to improve the lives of the poor during the first 3 years of his term. The income of almost 28% of the Filipino population remains to fall below the poverty line,” Magsaysay said in her own press statement.

“Give [the poor] the tools to make them succeed – education, skills training – help the people maximize their potentials, investments in the agricultural sector where majority of the poor are. There are many ways; help them help themselves,” Magsaysay said.

“Another 3 years of waiting is too long. If we are serious in improving the lives of Filipinos, government must take concrete and practical steps for everyone to feel the impact down to the grassroots level,” Tiangco said.

“It has always been UNA’s position that reality is gauged and measured by tangible gut concerns.”

‘It takes more than one admin’

Even before UNA’s criticism, Rocamora already anticipated that the opposition will use the data for its benefit.

During the press conference announcing the poverty figures Tuesday, the NAPC chief said it is easy to say that the Aquino administration did nothing.

The NAPC head cited the 3.8 million families receiving CCT payments of about P1,200 a month.

“If you ask those receiving monthly grants, they won’t say the money has no impact on their life.”

Social Welfare Secretary Dinky Soliman also stressed that the CCT is just one of the government’s anti-poverty programs.

The other two programs under her department are the Sustainable Livelihood Program and a community-driven development program called Kapit-Bisig Laban sa Kahirapan-Comprehensive and Integrated Delivery of Social Services.

She added that the CCT is long-term.

“It will benefit the next generation by breaking the intergenerational cycle of poverty. If children are educated and healthy, then productivity may be achieved and productivity means income," Soliman said in a statement.

Soliman also cited the World Bank’s 2012 evaluation of the CCT that said the program is on track to achieve its goals to promote intervention in the health and education of children. – Rappler.com