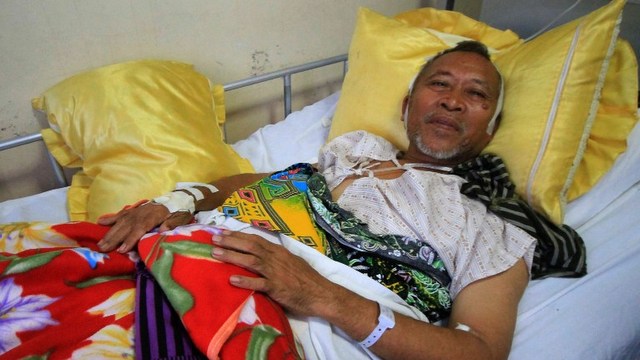 MANILA, Philippines - The Commission and Elections (COMELEC) and the Philippine National Police (PNP) could include more provinces in the list of election hot spots as violence escalates in several provinces.

Some of the provinces that could be included in the original list of 15 provinces is Lanao del Norte where Nunungan town Mayor Abdulmalik Manamparan was recently ambushed. Mayor Manamparan is recuperating in a hospital but 13 others, including his daughter, were killed in the incident.

"Even before the start of the election period, the Philippine National Police has identified 15 areas of concern or priority provinces. And given these developments, the Comelec, the Philippine National Police are entertaining the idea of the possible inclusion of other provinces like Sulu, Zamboanga del Norte, Lanao del Norte of course and Misamis Oriental," PNP spokesman C/Supt. Generoso Cerbo said in an interview on ANC on Saturday, April 27.

There was also a reported ambush in Bacoor, Cavite but the province has always been included in the list of hotspots. Cerbo said PNP Chief Alan Purisima created a regional special operations task group that will focus on security and concerns in Cavite.

He added that there will be a press briefing on Monday, April 29, with Department of Interior and Local Government (DILG) Secretary Mar Roxas to discuss updates on the conduct of elections. This could include any increases in the number of election hotspots. - with reports from Cai Ordinario/Rappler.com