Hagedorn: Out to prove surveys wrong 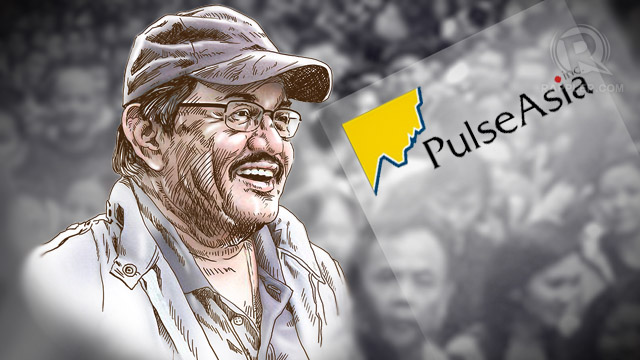 MANILA, Philippines – In the latest pre-election senatorial survey, conducted by Pulse Asia from April 20 to 22, Puerto Princesa Mayor Edward Hagedorn barely hangs on, ranking 19th to 21st out of the 33 senatorial candidates for the 2013 polls.

With less than a month before the elections, the prospects for Hagedorn breaking into the Magic 12 circle could be next to impossible.

But Hagedorn refuses to throw the towel in. He considers his poor survey performance as just another obstacle that can be overcome. A recipient of multiple awards as mayor of Puerto Princesa City, Hagedorn, after all, is no stranger to challenges. And he has a network that, he believes, will mobilize come crunch time.

In a way, he only has himself to blame for his low survey ranking:

Hagedorn laughed when reminded by Rappler about the ANC. He said it was a banter that was taken seriously. “Mahilig tayo magpatawa (I try to be funny at times),” he said. Who doesn’t want – and work – to win, anyway?

To be sure, seeking a higher elective post has been on Hagedorn’s mind. As early as 1998, at the height of garnering awards for his innovative policies in Puerto Princesa, Estrada’s Laban ng Makabayang Masang Pilipino coalition offered him a slot in its senatorial slate. In 2010, Villanueva tried to convince him to be his running mate but he declined. He had one more term left as mayor, and he wanted to first see “real progress in Puerto Princesa.”

He didn’t need to wait any further.

In 2011, the Underground River in Puerto Princesa City was voted by netizens worldwide as one of the New 7 Wonders of Nature. It triggered an exponential growth in the tourism business there.

Before the Underground River bagged the award, tourism arrival in Puerto Princesa City hovered around 300,000, thanks mainly to the local government’s campaign. It remained a poor second to the world-famous Boracay Island of Aklan province.

In 2011, at the height the Underground River campaign, tourism arrival finally broke the half-million barrier and, in 2012, tourism arrival breached the 600,000 figure. For 2014, the targeted number of tourists is pegged at 1 million. City administrator Agustin Rocamora, in an earlier interview, said the tourism boom boosted employment in the service and agriculture sectors as more hotels, restaurants, and other related businesses opened.

With progress seeping in to the poorest sector in the city, Hagedorn realized his vision for Puerto Princesa city has been achieved. Environment protection and good governance are not just mantras but a formula that’s actually working.

“We are able to prove that there can be progress without destroying the environment,” Hagedorn said.

It took him 20 years to achieve it but nobody’s complaining.

Besides, his administration has put in place model policies and programs in services other than environmental management – among others, well-equipped and professionally-manned clinics in every strategic clusters of barangays; public schools that follow a Montessori curriculum; and housing program for the poor that can shame average apartments in Metro Manila.

But only 66 years of age, Hagedorn considers himself too young to retire. Sure, his wife Maria Elena is aiming to take over the post he is vacating, and he could play adviser if she wins. The prospect of being idle and not directly serving the public scared him.

And so, the bid for higher office.

Unlike in 1992 when he first sought an elective post, Hagedorn gamely said his senatorial campaign was his own personal initiative. “Ako lang ang nagtutulak (I’m the only one pushing myself),” he said.

In 1992, when he first contested the mayoral post in Puerto Princesa, Hagedorn was an accidental candidate. He had been campaigning against the incumbent mayor then, Felixberto Oliveros. He was initially eyeing the vice mayor’s post but changed his mind when the Catholic bishop and his supporters pushed him to run for mayor instead.

At the age of 45, Hagedorn ended the reign of Oliveros, who had been in power longer than President Ferdinand Marcos was. With a lead of only 342 votes, his victory changed the destiny of Puerto Princesa City.

Under Hagedorn, the city government reaped many awards for good governance, including the Galing Pook award administered by the Asian Institute of Management. Just last year, the port city was declared as the first carbon-neutral city in the Philippines and the entire Southeast Asia, making Puerto Princesa city a league of its own.

Not known to many, Hagedorn was also responsible for the law that allows local governments to declare a state of calamity in their localities. This power was reserved before to the national government.

Early on as mayor, Hagedorn wanted to stop the slash and burn (kaingin) practice of farmers that was destroying the environment. But he had to provide alternative livelihood for the farmers who would be affected. And he found the solution to the funding problem: use the calamity fund.

Hagedorn was slapped with graft and corruption charges for supposed misuse of public funds, but the innovative way he stopped kaingin earned praises from then President Fidel Ramos.

To support Hagedorn’s initiative, the administration then, through Paranaque Rep Roilo Golez, sponsored a bill that sought to empower local government units to declare state of calamities in their areas. This later became a law, allowing the timely response of LGUs when calamities strike. The case against him was dismissed.

With this track record, he’s hoping the Filipino electorate will take notice.

Track record, and some network

But track record does not easily translate to votes – at least in the national campaign. Hagedorn is slowly realizing that.

When we asked how he would rate his chances with a month to go before the elections, Hagedorn paused for a few seconds more than what was necessary. “I think I might be able to [break] the top 8,” he finally said. His supporters, particularly local government officials, “are starting to move now.”

Hagedorn had served in the national executive committee of the League of Cities of the Philippines.

As independent candidate, Hagedorn realizes that it is hard to campaign “with no organization.” For one, he had no organized rallies with venues that had been prepared in advance. Two, he is not an attractive “investment” for businessmen.

As it is, there is no science to his campaign. “It’s topsy-turvy. I just go wherever there is an invitation,” he said.

He is trying to work around these disadvantages with a different campaign approach. On top of going around markets and towns to press hands with people, he visits local officials to curry help for his campaign.

It is like Binay’s style in 2010, only less organized. In the 2010 national polls, Binay tapped the Makati’s “sister” cities – localities that Makati had helped in the past – for the vote delivery. “It is not like Binay’s,” he said, correcting the comparison. “Here, I talk one on one with the local officials.”

Besides, Binay had long prepared before running for vice president, unlike him.

Hagedorn too is counting on the different endorsements of religious sectors for help. He expects the support of the bloc-voting Iglesia ni Cristo, which he pointed out “has never left me from the very start.” He expects to be included in the INC list of senatorial candidates.

He also got the endorsement of Pastor Apollo Quiboloy, founder of the Kingdom of Jesus Christ, The Name Above Every Name, which supposedly claims some 4 million local members. Quiboloy in 2010 endorsed the presidential candidacy Lakas bet of Gilbert Teodoro.

Too, he struck up an informal alliance with fellow senatorial candidate Bro. Eddie Villanueva of Jesus Is Lord Ministry and the lone candidate of Bangon Pilipinas party, that they will campaign for each other. Hagedorn played host to Villanueva when the latter went to Palawan to campaign and Villanueva returned the favor when Hagedorn visited Bulacan, Villanueva’s bailiwick.

He’s also being endorsed by officials by the various local government leagues.

Hagedorn is also a member of the Nationalist People’s Coalition, whose leaders have said in interviews that they will support all NPC members who are running for senator, regardless of the coalition they are running with.

And there were the unexpected support from other sectors. Just recently, the COOP-NATCCO, which snagged two House seats in the 2010 party-list polls, vowed to support his candidacy, citing his environmental advocacy.

Actually, Hagedorn could have chosen the easy path. He was asked by Estrada to join the UNA slate but he begged off. Estrada has endorsed him anyway.

He has also refrained from asking financial help from businessmen, although he welcomes voluntary donations from them – as long as there are no strings attached. “I do not want to be tied up. I might not be able to say no to them if they would ask favor later on. What if they did something illegal?” he said.

His refusal to seek financial help outside is draining the family resources. So far, he said he has spent P40 million for political ads and has sold some of their properties to bankroll his campaign.

Hagedorn said his senatorial bid “will be his first and last attempt.” He believes that “if something is not for you, then it is not for you.”

In the meantime, however, he is working double time to cover more ground. He is out to prove the surveys wrong. – Rappler.com