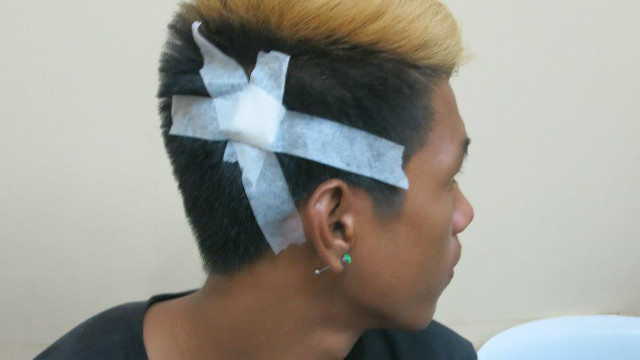 ATTACK ON ERAP'S SUPPORTERS. A supporter of mayoral candidate Joseph Estrada was stabbed with a barbecue stick outside Estrada's house in Sta. Mesa, Manila. Image from Estrada's Facebook page

MANILA, Philippines – At least 3 people were injured in a scuffle outside the residence of Manila mayoral candidate and former president Joseph Estrada Wednesday morning, May 8. The scuffle stemmed from a text message that said Estrada was set to distribute groceries.

Estrada told Rappler he was not at home when people lined up outside his house in Sta. Mesa. He also denied sending out this announcement. 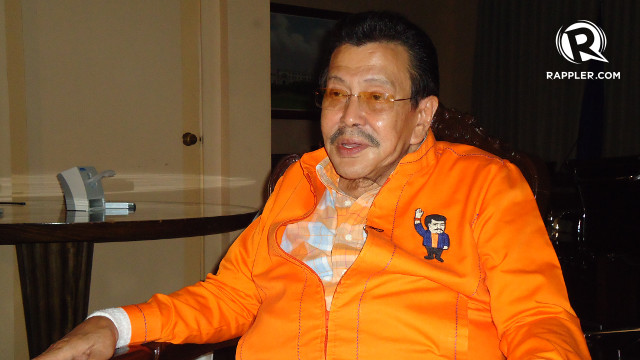 Estrada quoted his staff as saying that 3 jeepneys carrying around 50 men then arrived and mauled his supporters. Manila Police identified the victims as Danilo Sandrino and John Mark Morente, who were stabbed with barbecue sticks; and Ednalyn Donor, who sustained bruises on her arm.

“Sino pa bang gagawa nito? Dalawa lang kaming kandidato sa pagka-alkalde ng Maynila (Who else would be behind this? There are only 2 of us running for the mayoral post in Manila),” Estrada said, alluding to his rival, re-electionist Mayor Alfredo Lim.

“He's really living up to his name as 'Dirty Harry' by doing dirty tricks,” he added.

Watch the interview with Estrada below.

The Lim camp is yet to return our calls. Lim has said the rock-hurling incident last Sunday was staged by the Estrada camp. - Rappler.com