Can LP end the Garcia dynasty in Cebu? 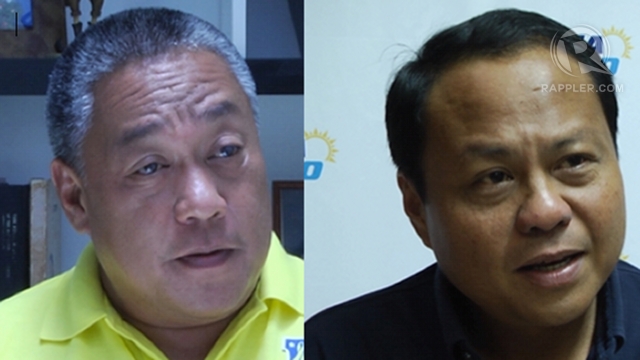 Davide is up against 3rd District Rep Pablo John “PJ” Garcia of One Cebu.

But can the ruling party muster the alliances, strength and perks needed to sway many Cebuanos?

The Duranos of the 5th district and their local Bakud Party have a new ally: Liberal Party gubernatorial bet Hilario “Junjun” Davide III.

In a tight race in the country’s most vote-rich province, the Durano turnaround is a gamechanger.

It was in the 5th district where Davide suffered his biggest loss in 2010.

Despite the defection, PJ says his One Cebu party remains more organized than the ruling party, having more incumbents and complete slates.

The evil is organized. They’ve got the forces but the people are just angry. Gwen it turns out has a negative vote so it’s not so much Junjun. People don’t like her. She’s so obnoxious. She’s been involved in so many anomalies.

Harping on the controversies, Osmeña and Davide urge Cebuanos not to allow her brother to continue the Garcia dynasty.

This is the controversial Balili property in Tinaan, Naga, Cebu. In 2008, the provincial government under Gwen Garcia bought this property for P98.9 million. But the Ombudsman said that a huge portion is underwater. It is now the subject of a graft case before the Sandiganbayan.

After all, Gwen and her father Congressman Pabling Garcia pampered these barangays with perks and projects for 18 years.

Still, Davide hopes Cebuanos will heed his call for change.

For PJ, voters must give him the mandate to continue his sister’s exceptional leadership.

If we allow another Garcia to sit there, kawawa ang Cebu because what’s going to happen is that this Garcia who sits there, if he wins, he’s going to cover up lahat ng sins ng sister.

All these are factors in determining who will be the next leader of the country’s de facto second capital.

As Cebuanos go to the polls, they face the choice not just between two personalities but also between the two opposing ideals these candidates claim to represent.