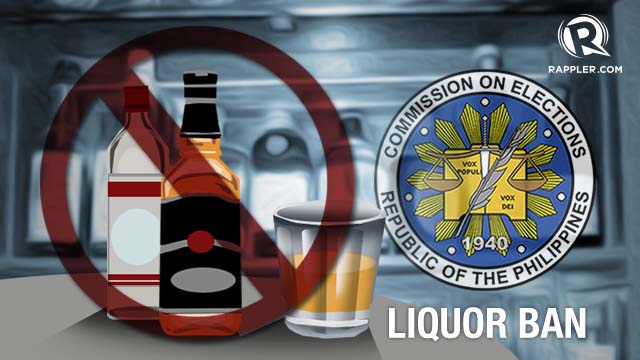 SCRAPPING THE BAN. Sixto Brillantes Jr. said the Comelec wasn't too keen on the extension in the first place

The Commission on Elections (Comelec) has officially lifted the liquor ban extension, Comelec chair Sixto Brillantes Jr announced on Thursday, May 9. The Comelec promulgated this decision in its Resolution No. 9691.

This means the Comelec will revert to the original two-day liquor ban, covering May 12 to 13.

The Supreme Court (SC) on Wednesday, May 8, stopped the Comelec from implementing the liquor ban extension. In its temporary restraining order, the SC cited a petition filed by liquor companies Food and Beverage Inc and International Wines and Spirit Association Inc.

The poll chief, who had threatened to resign after a series of setbacks from the SC, said he doesn't feel disappointed about the new TRO.