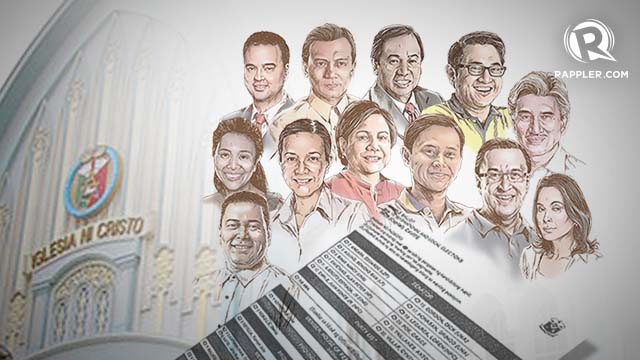 “Don’t sell your votes. Vote according to the dictate of your conscience. And lastly, huwag ninyong iboto ang mga kandidatong humingi ng endorsement sa Iglesia ni Cristo (don't vote for candidates asking for endorsement from INC)," Lucena Bishop Emilio Marquez said toward the end of his mass in Saint Ferdinand Cathedral in Lucena City, Quezon on May 12, a day before the elections, as quoted in Inquirer.Net.

In his homily, Marquez repeatedly said he was not endorsing any candidate. He said he wanted to veer away from the practice of issuing "sample ballots" among the faithful.

"That's also my position... huwag iboto ang mga endorsed candidates ng INC (don't vote for candidates endorsed by INC)," said Marquez in a phone interview with Inquirer after the mass, adding he was adopting the position of the late Bishop Alfredo Ma. Obviar, the first administrator of the Lucena diocese.

Traditionally, the INC votes as a block during elections. The practice is said to be part of their religion's doctrine that urges them to be faithful to the "pasya" or decision of INC leaders.