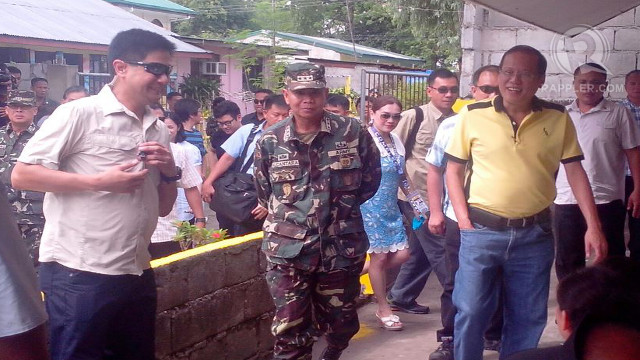 MANILA, Philippines (2nd UPDATE) - President Benigno Aquino III has cast his vote in Central Azucarera de Tarlac Elementary School for the May 13 polls despite minor glitches in the PCOS machines in the area earlier.

Aquino arrived at the polling precinct at around 9:40 am wearing his signature yellow shirt. He fell in line along with the regular voters in the area.

The President toook around 5 minutes to fill up his ballot, checking and rechecking his list before inserting it in the PCOS machine. His ballot was counted on the first try.

Aquino is pushing for a 12-0 victory in favor of his Team PNoy bets.

Jun Jun is seeking reelection as Makati mayor while Nancy is running for senator.

The Binay patriarch, wearing an orange polo, took about 6 minutes to complete his ballot. Binay's first try on the PCOS machine was rejected but the second attempt went through.

All 3 Binays are under the United Nationalist Alliance (UNA).

Department of the Interior and Local Government (DILG) Secretary Mar Roxas has cast his vote in the one of the polling precincts in Capiz.

The former vice presidential candidate, Roxas was sporting the same yellow polo that Aquino wore when he cast his vote in Tarlac.

Incumbent Manila Mayor Alfredo Lim also cast his vote in Rosauro Almario Elementary School in Tondo, Manila at around 8:30 am.

Lim arrived at the polling precinct with his running mate, Lou Veloso, to vote ahead of his rival Erap Estrada.

Former president Joseph Estrada, on the other hand, cast his vote in P. Burgos Elementary School in Manila at around 9:40 am.

Mayor Lim is gunning for his 5th term as mayor of Manila against former President Erap Estrada, who finished second in the 2010 presidential polls.

Senatorial candidate Cynthia Villar arrived in Las Piñas Science High School polling precinct with her family in tow, including Sen Manny Villar and their 3 children, at around 9:00 am.

Villar just took minutes to vote but her ballot got delayed due to a PCOS machine malfunction.

The Villars' casting of their votes was delayed by a paper jam, according to @YahooPH. The PCOS machine had to be reset, and Villar's vote was finally cast after 20 minutes. 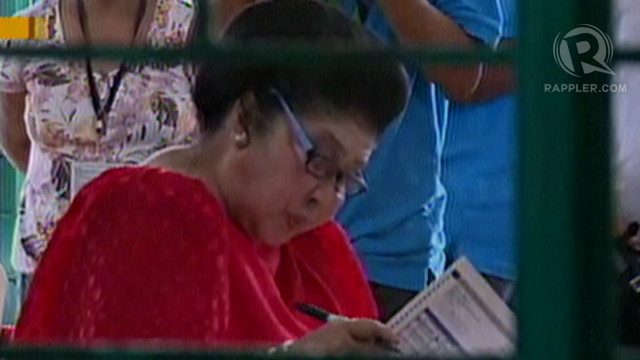 In Ilocos Norte, Sen Bongbong Marcos and Rep Imelda Marcos were some of the earliest voters at the Mariano Marcos Memorial Elementary School polling precinct in Batac City, Ilocos Norte.

The Marcos matriarch is seeking reelection against Ferdinand Ignacio and Arlene Jocelyn Butay.

Other candidates who has cast their vote so far, include:

Exercised my right, did my duty, to vote. Go out & vote! Direction, story, of this election is at our fingertips twitter.com/risahontiveros… 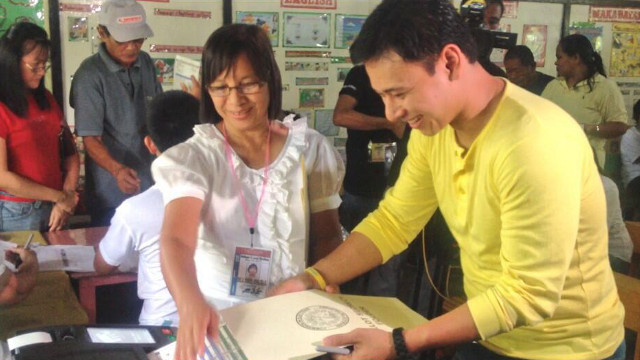 Just voted! Its a rainy election day but I hope everyone would still exercise their right to vote. 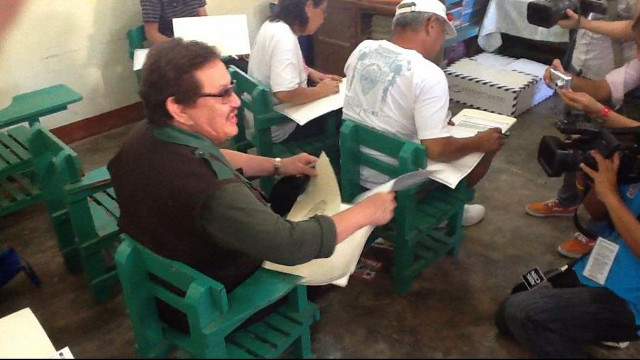 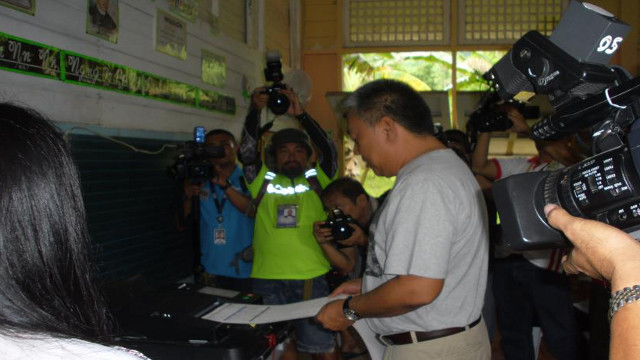 There are 18,053 elective positions up for grabs this elections with 44,465 candidates vying for them.

A total of 52,014,648 registered voters will decide the fate of these candidates. - Rappler.com