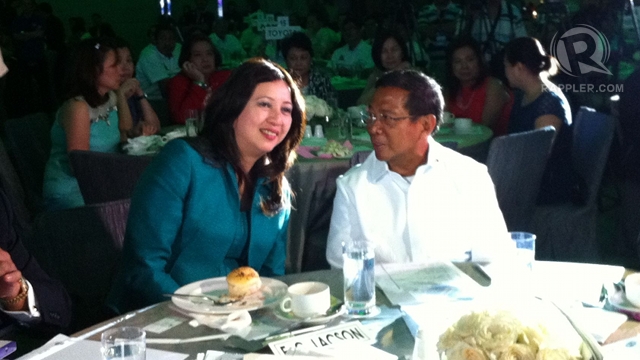 According to a press release, Magsaysay said that even as she prepares to go back to private life, she will not stop pushing reforms in government that she started as a district representative of Zambales.

The former congresswoman is the first UNA candidate to concede.

“The election is only one stage where the people’s voice matters. Beyond that, there are still many things that need to be accomplished that need the people’s support. Government alone cannot make change happen without the cooperation of the people,” she said.

She also urged Filipinos to continue their vigilance towards ensuring genuine change in the country.

“I think she’s just being realistic. It’s almost impossible for her to make it to the magic 12. It’s very noble of her to concede; at least she can now focus on other things, whether politics or personal,” UNA deputy campaign manager Sherwin Gatchalian said about Magsaysay’s concession.

Gatchalian added that Magsaysay showed camaraderie and cooperation among UNA members as she never missed a single rally during the campaign period.

As of today, Magsaysay ranked 21st in the partial unofficial results. - Rappler.com