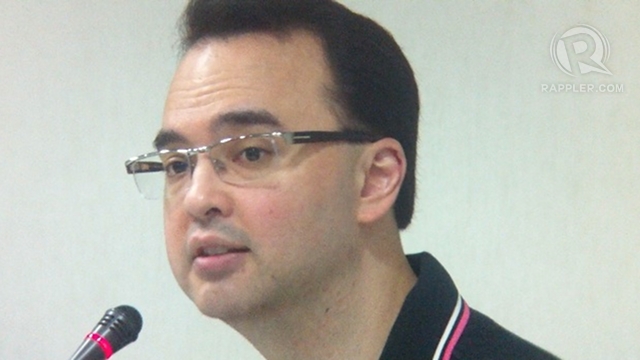 The national board of canvassers (NBOC) counted 5,597,679 votes for Cayetano as of 2:54 pm on Thursday. The board, which is composed of the Commission on Elections (Comelec) en banc, counted 5,581,201 votes in favor of Escudero.

United Nationalist Alliance (UNA) bet Richard "Dick" Gordon, who entered the magic 12 on Wednesday, May 15, was booted out of the winning circle based on Thursday's reports. Gregorio Honasan, who is also from UNA, took the 12th place from Gordon by an 80,000-vote margin based on the 6th report.

The composition of the winning slate is still 9-3 in favor of the administration ticket, Team PNoy:

(Check official results so far through this link.)

Comelec chair Sixto Brillantes Jr said the NBOC expects to proclaim up to 6 senators on Thursday. The NBOC as of posting time, however, was still hearing a motion by UNA to suspend the proclamation. – Rappler.com