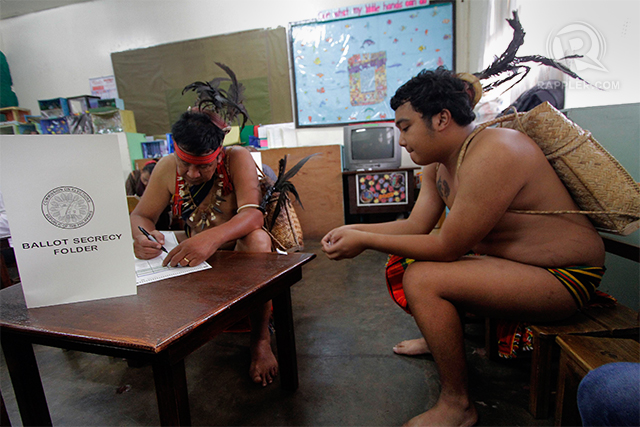 MANILA, Philippines – Exceeding expectations, more voters trooped to polling precincts in this year's elections than in other midterm polls, based on official results from the Commission on Elections (Comelec).

This year's voter turnout has also surpassed that of 2010, even as the Comelec has yet to finalize this year's official tally.

This figure is based on all certificates of canvass (COCs) from different parts of the Philippines, and excludes COCs from overseas. The NBOC will continue to tally overseas votes later this weekend.

In the 2010 elections, which elected President Benigno Aquino III, 74.99% of registered voters trooped to polling precincts. Based on official data, 38,169,380 out of 50,899,154 registered voters cast their ballots that year.

As with all midterm elections, election analysts considered this year's polls a referendum on the Chief Executive. President Benigno Aquino III's ticket, Team PNoy, has led the official count so far, with a 9-3 lead over the opposition United Nationalist Alliance.

The highest turnout for midterm elections, so far, was in 2001 at 86%. It was considered a referendum on the presidency of Gloria Macapagal-Arroyo, who was catapulted to power through the second People Power Revolution. She replaced ousted president Joseph Estrada who was later convicted of plunder.

Data on this year's voter turnout is still expected to grow, with the NBOC finalizing its tallies this weekend. – Rappler.com