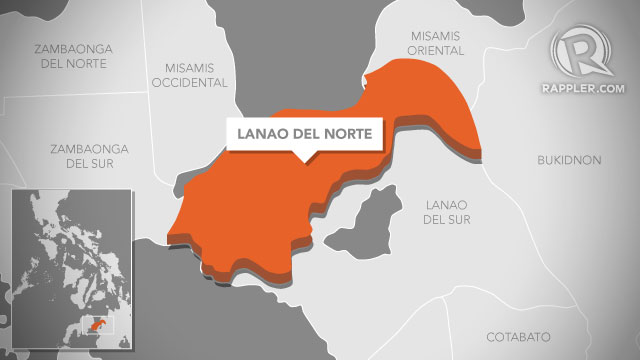 MANILA, Philippines - The last of the official Certificates of Canvass (COCs) from among the 80 Philippine provinces arrived Saturday night, May 18.

Based on the official COC of Lanao del Norte in Northern Mindanao, voters of the province preferred senatorial bets from the Team PNoy coalition over its rival United Nationalist Alliance (UNA).

Only 4 candidates from UNA entered the province's top 12 senatorial preferences, including the bottom 2.

Zubiri, who comes from neighboring province Bukidnon, failed to land in the top spot. 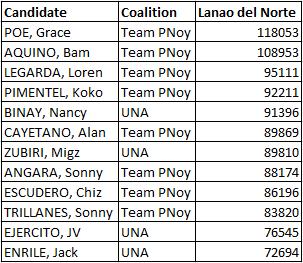 Provincial election supervisor Atty Joseph Hamilton Cuevas said that the conduct of elections in Lanao del Norte was relatively peaceful, citing the Armed Forces of the Philippines (AFP) and the Philippine National Police (PNP) for their efforts.

"Big credit goes to AFP and PNP for the security set-up. Yung ine-expect naming areas na magulo, eh okay naman (The areas we expected to be hot spots turned out to be okay)," he said in a phone interview.

The 5 barangays that were unaccounted for all came from the town of Tangcal.

Based on unofficial results as of 6:46 pm of Saturday, May 18, Mohamad Khalid Quieranza Dimaporo of the Nationalist People's Coalition led the gubernatorial race with 73,047 votes.

Dimaparo bested 3 other candidates, with a margin of 23,595 votes over the next-ranking bet Casan Macode Maquiling of the Liberal Party.

READ: Official vs unofficial count: Which is which?