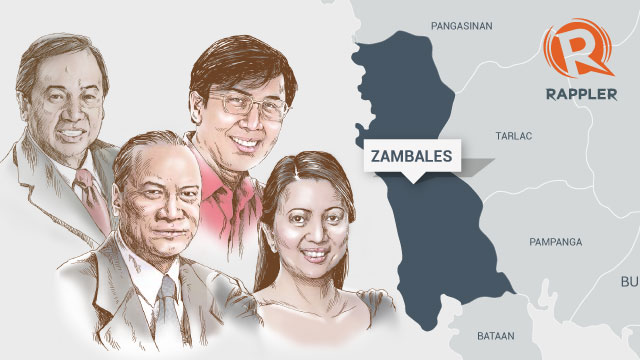 MANILA, Philippines – Although he fell one spot short of getting elected senator again, Richard Gordon had one thing to be proud of in the 2013 polls – he topped the count in his home province of Zambales, where 3 other senatorial hopefuls come from.

The sad news is, his relatives – and those of other senatorial bets from Zambales – who ran for local posts lost.

Based on the official canvass of by the Commission on Elections, Gordon garnered 215,072 votes in Zambales, capturing the top spot and pushing national topnotcher Grace Poe to 2nd spot with 208,679 votes.

There were 692,948 479 registered voters in Zambales in this year's elections.

Mitos Magsaysay made it in the top 12 in all towns, except Iba and Masinloc.

Delos Reyes didn’t make it to the winning circle in all areas in the province.

Based on unofficial count of votes as of Saturday morning, May 18, Poe was leading in the following Zambales towns: Cabangan, Iba, Masinloc, Palauig, Santa Cruz, and Subic.

Relatives of these senatorial candidates lost in local race, however.

The Gordons’ loss in Olongapo has ended the family’s almost quarter of a century’s grip on the city.

Despite Gordon and Magsaysay running under the same coalition, the United Nationalist Alliance, their relatives battled it out for various positions in Zambales.

Read: In Zambales, no Gordon-Magsaysay alliance