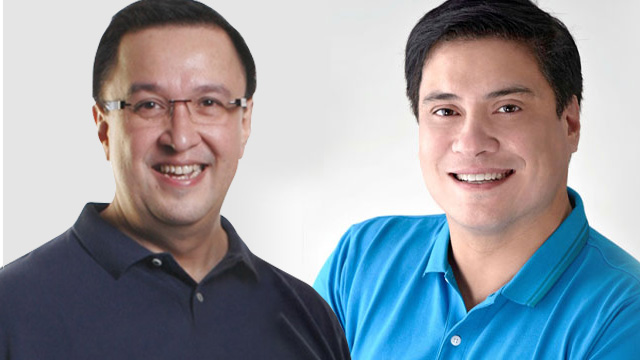 MANILA, Philippines — In an alternate universe where voters all troop to the precincts on election day, the administration’s Team Pnoy would still trump the opposition United Nationalist Alliance (UNA) in the senatorial race.

But there's a catch. Two of those who lost in the official canvass would have won in this parallel world.

Based on elections results in the 70 clustered precincts that registered a 100-percent turnout on May 13, it's still 9-3 in favor of the administration coalition’s slate.

However, except for former censors chief Grace Poe-Llamanzares, who was No. 1 in these areas, the ranking from 2nd to the 12th place gets a bit complicated.

Two losing senatorial aspirants from UNA - Juan “Jack” Ponce Enrile Jr. and Juan Miguel “Migz” Zubiri - would have won in this parallel world of clustered precincts that had a perfect attendance on May 13.

Displaced in these precincts were their UNA party mates, newly-proclaimed senators JV Ejercito and Gregorio “Gringo” Honasan, who are in the 11th and 12th places, respectively, in the official canvass of the Commission on Elections (Comelec).

Poe topped the overall race in the 70 clustered precincts with a hundred-percent turnout, garnering 17, 381 votes. But in at least 3 established precincts in Maguindanao, Tawi-Tawi and Sulu, she only got one or two votes.

Most of these clustered precincts are in the Autonomous Region in Muslim Mindanao (ARMM), which has earned a reputation for being the poll cheating capital in the country. Prior to the May 13 polls, the Comelec purged 280,000 names from the voters’ list – bloated with multiple registrants and ghost voters. ARMM consists of the provinces of Basilan, Lanao del Sur, Maguindanao, Sulu, and Tawi-Tawi. (Check where the clustered precincts are)

In the official canvass, Legarda is 2nd place, Binay is in 5th place and Angara is in 6th.

Below is the comparison of ranking in the official canvass vis-a-vis the results in the clustered precincts with a perfect voter turnout:

Honasan only garnered 6,910 votes in these clustered precincts. The Senate bets who got higher votes than Honasan were Team PNoy's Risa Hontiveros (8,278) and UNA's Margarita “Tingting” Cojuangco (8,153).

The 3 Kapatiran Party bets were the lowest vote-getters in those areas.

While Poe topped the overall vote in these areas, she was not No. 1 in some of the clustered precincts that had a perfect turnout on May 13.

In some of clustered precincts in Sulu, Maguindano and Apayao provinces, for instance, Enrile was the highest vote-getter.

Zubiri was the first senatorial bet to concede before the Comelec proclaimed the last 3 winning senatorial bets: Villar, Trillanes and Honasan on May 18. - Rappler.com