Most 100% turnout in ARMM, Cebu precincts 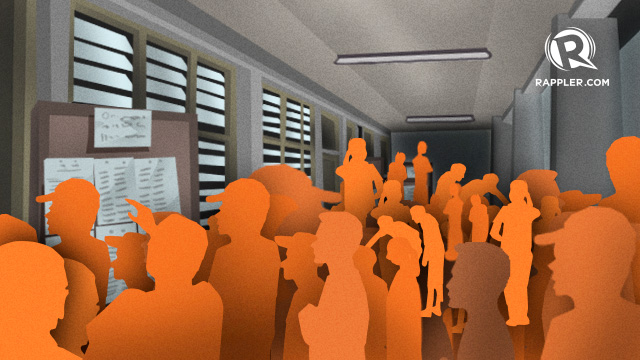 MANILA, Philippines – When the poll body and other election stakeholders asked the public to let their voice be heard, voters in more than 2,000 clustered precincts across the country took the call to heart.

Data obtained from the Rappler Mirror Server, which was connected to the Transparency Server of the Commission on Elections (Comelec), show that 2,121 clustered precincts registered 90-100% voter turnout, bucking the national average of 70-75% turnout that the Comelec had projected.

The clustered precincts with perfect voter turnout were spread across regions, but the highest numbers were in the Autonomous Region in Muslim Mindanao and Cebu.

Below is the breakdown of top 5 provinces where 90-100% turnout in clustered precincts was recorded:

The high voter turnout in some ARMM precincts can be explained by the fact that many areas there are controlled by political clans, which can deliver command votes.

In Lanao del Sur, for instance, as many as 10 mayors ran unopposed. A former Lanao del Sur congressman, who asked not be to identified, said: “These unopposed mayors can actually deliver the votes in the national level since they have what we call the command votes.”

Another explanation is the experience every election where voting is over even before the precincts close. This is because ballots are pre-accomplished by the politicians’ operators before election day

“In some of these areas, 50 percent of the ballots for a precinct have been pre-shaded. That’s why elections are done there in just a few hours,” the former Lanao del Sur lawmaker said.

Curiously, it is also in the ARMM provinces where there were lowest transmission of results from the precinct level. This means that the results in those precincts had to be manually uploaded in the municipal level for consolidation and canvass by the Comelec in proclaiming the winning 12 senators, thus opening windows to possible cheating.

As for Cebu, the phenomenon of unusually high voter turnout was already observed during the presidential elections of 2004. Newsbreak reported then that “special operations” were carried out to ensure that President Gloria Macapagal-Arroyo would have a huge lead over Fernando Poe Jr.

In a number of inaccessible villages, according to data from the Commission on Elections (Comelec), turnout were always at 90-100 percent. Around nine out of every 10 registered voters went out to vote, and of every nine who cast their votes, those who chose President Arroyo never went below seven.

Other provinces that registered perfect or near-perfect voter turnout were:

The high turnout is a small consolation for the Comelec, which has been getting criticisms for mishandling the preparations for the country’s second nationwide automated elections.

On May 13, hundreds of precinct count optical scan (PCOS) machines malfunctioned, resulting in long lines in polling precincts and leaving thousands of voters unable to vote.

The Comelec also has yet to explain why more than 23% of PCOS machines failed to transmit results from the precincts, indicating that the PCOS malfunctioned or did not work. Election watchdogs say this represents around 8 million votes.

In Metro Manila, only one clustered precinct in Barangay 499 in the city of Manila posted a near-perfect turnout. Out of the 420 registered voters in that precinct, 412 cast their vote, or a 98% turnout.

The combined votes in these best performing precincts show a 9-3 result in favor of the administration’s senatorial slate Team PNoy over the opposition United Nationalist Alliance. Grace Poe – daughter of the late Fernando Poe Jr who ran a losing presidential campaign in 2004 – topped the race in these precincts.