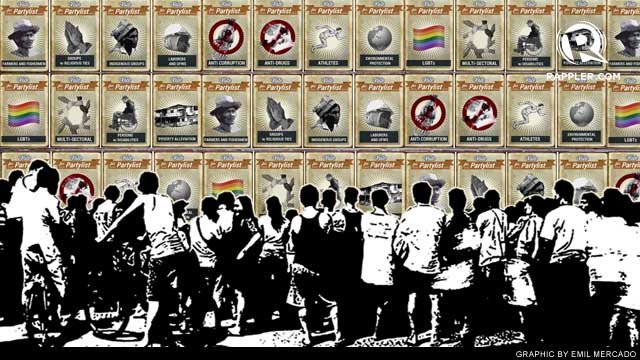 MANILA, Philippines (UPDATED) - The Commission on Elections (Comelec) on Tuesday, May 28, proclaimed 53 party-list winners, leaving vacant 5 more seats that a possible Supreme Court (SC) order against the proclamations could affect.

The Comelec, sitting as the national board of canvassers, clarified that this is a list of “initial winners.”

In a resolution promulgated Tuesday, the Comelec said it proclaimed the winning groups “without prejudice to the proclamation of other parties, organizations, or coalitions which may later on be established to be entitled to one guaranteed seat, and/or additional seats.”

The pro-life group Buhay led the roster of party-list winners, with 1,265,992 votes. It was the only group that garnered 3 seats in the House of Representatives.

The Comelec proclaimed the following groups, with their corresponding number of seats:

(Read the full resolution on the initial proclamations below.)

Comelec chair Sixto Brillantes Jr said on Monday, May 27, that the SC can issue status quo ante (SQA) orders on the party-list proclamations. This could complicate the roster of winning groups, which the Comelec began to proclaim last week.

The SQA orders could come after at least 5 disqualified groups appealed their cases before the SC.

The law allocates 58 seats for party-list representatives in Congress.

Read: How to fill the 58 party-list seats

Veteran election lawyer Romulo Macalintal, however, said he doubts if the SC will issue an SQA against the Comelec.

He noted the SC, after all, said the Comelec didn't commit "grave abuse of discretion" the first time it disqualified party-list groups – only that the SC revamped the Comelec's criteria altogether. The high court then remanded the petitions of disqualified groups to the Comelec, which then screened them using the new criteria.

“It would be highly ridiculous if the Supreme Court would still go against the findings of the Comelec, when the Supreme Court itself gave it authority to determine if they will pass these guidelines,” Macalintal told Rappler. – Rappler.com