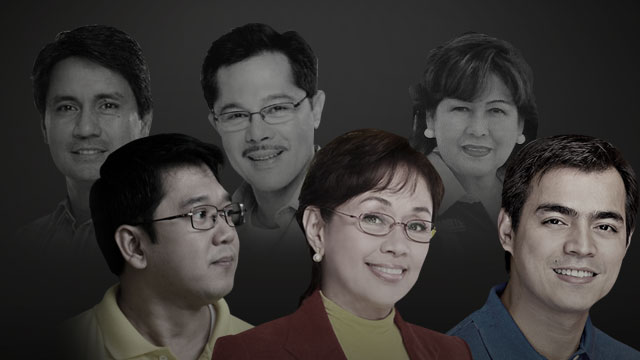 Rappler estimates that a total of 51 celebrity candidates – including actors, singers, sports and news personalities – won various elective positions in the 2013 midterm elections in May. We counted a total of 84 celebrities and TV personalities who joined this year's races.

That's more than the 49 celebrity candidates, based on Rappler estimates, who won in the 2010 elections.

Dominating the list of celebrity winners this year are 32 candidates who are all reelectionists.

Sixteen of them, mostly incumbent councilors, ran in various localities in the National Capital Region.

As for incumbents who sought other posts, most didn't fair well in the recently-concluded polls. In the case of 10 incumbent celebrity politicians who aimed for either a higher or lower elective position, only 5 are successful in their bid.

Also among the celebrity candidates who tried their luck this year are 17 who either lost in the 2010 elections or who had run in earlier elections but not in 2010. Only 7 of them won.

As for the 25 newcomers, only 8 won in this year's elections.

Quezon City has the most number of celebrity candidates, with 13. Nine of them won.

Parañaque City and Laguna come next with the most number of celebrity candidates, with 8 each. Six won in Parañaque City, while 4 won in Laguna.

For the 2010 elections, Rappler estimates that 80 celebrities joined the polls, and only 49 won.

Among those who participated in the 2010 elections but didn't run this year are: