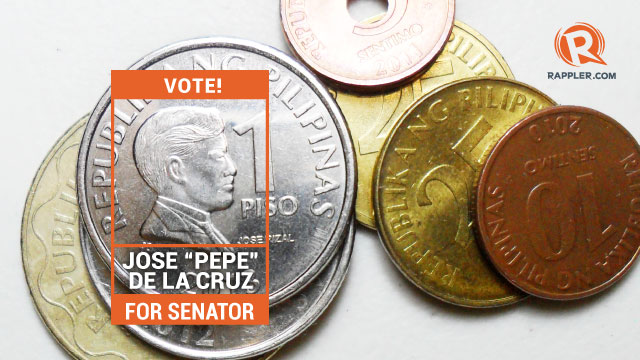 MANILA, Philippines – All things considered, who among the winning senatorial candidates in 2013 got value for their expenses? Who had to shell out the most per vote?

Former San Juan congressman Joseph Victor “JV” Ejercito-Estrada, despite the high recall of his father’s surname, had to spend the most per vote garnered: a little over P10.

He is closely followed by then Las Piñas Rep Cynthia Villar, whose husband’s high national awareness also didn’t pull her up as much: more than P9 per vote.

Spending the third highest per vote received was former National Youth Commission chair Bam Aquino, whose constant mention of his blood relations to the President apparently wasn’t enough either: P8 per vote.

Rappler divided the declared campaign expenses of winning senators by the number of votes they got.

Other Senate neophytes spent the following per vote:

This shows that first-timers in the Senate race, despite their popular surnames and their relatives being incumbents, had to spend more than P6 for every voter they convinced to vote for them.

Not surprisingly, the veterans – the re-electionists – only needed less than P6 per vote to win.

The only exception was Alan Peter Cayetano, who spent P7.45 – more than what election topnotcher Grace Poe spent, and almost as much as what newcomer Angara spent.

It was re-electionist Gringo Honasan who got the most value for his campaign money. He spent the lowest – P1.8 – per vote received.

In the same league was re-electionist Antonio Trillanes IV, who spent P2.13 per vote.

The other re-electionists spent this much per vote:

Below is the list of the 12 winning senatorial candidates, showing their expenses, as declared in their Statement of Contributions and Expenditures; the official numbers of votes they got; and how much they ended up spending per vote: