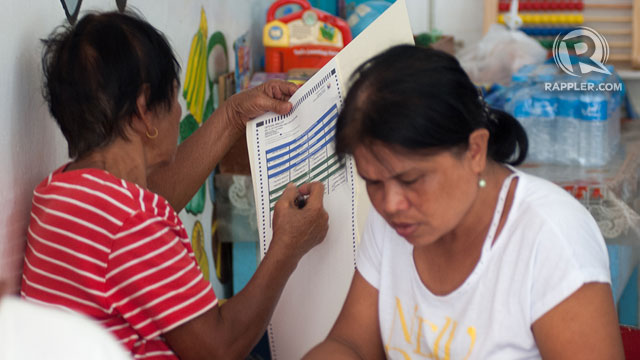 MANILA, Philippines – As the country gears up for the barangay elections on October 28, the police reports additional incidents of violence that are politically-motivated.

As of October 21, there have been 20 politically-motivated incidents reported from across the country since the election period began on September 28, the Philippine National Police (PNP) said.

The Autonomous Region inf Muslim Mindanao and the Bicol Region have reported the highest number of incidents so far, with 3 shooting incidents each.

The 20 incidents involved 36 victims, 15 of whom were killed. Another 17 were wounded, while 4 were unharmed.

Polls in Zamboanga were suspended following a standoff between government forces and Muslim rebels. In Bohol, meanwhile, polls were put on hold as the province recovers from a magnitude 7.2 earthquake that hit central Visayas.

The latest PNP report does not include the two incidents reported by the police in Negros Occidental on October 22.

In Barangay Linaon, Cauayan town, a candidate for barangay kagawad was gunned down Tuesday.

Seven hours earlier, an unidentified suspect, who was armed with an M16 assault rifle, strafed the house of re-electionist councilor Noel Sabordo of Barangay Dian-ay in Escalante City.

Sabordo survived the incident, and none of his housemates were hurt, said Superintendent Leo Batiles, Escalante police chief.

Sabordo is on the ticket of the incumbent barangay captain, who is considered opposition by mayor of Escalante. – with reports from Bea Cupin and Gilbert Bayoran/Rappler.com