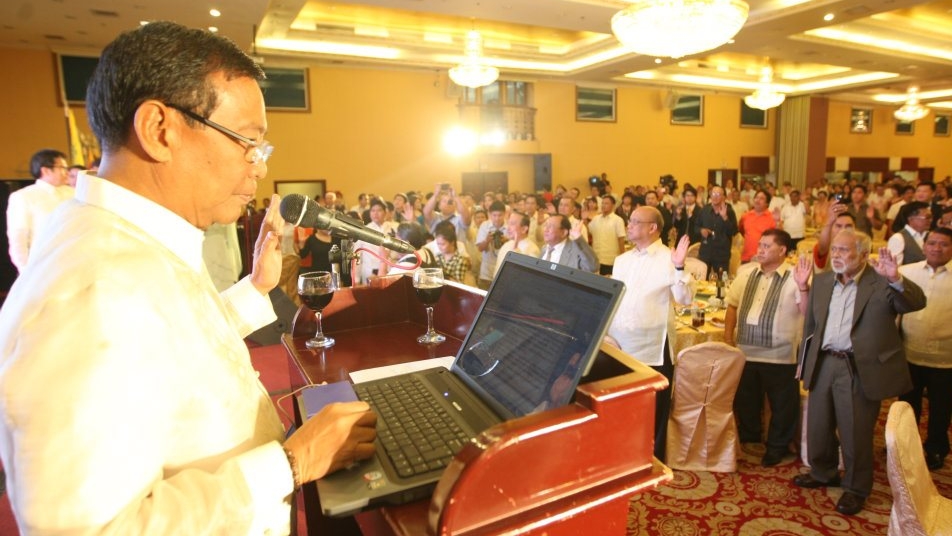 MANILA, Philippines (UPDATE) – Vice President Jejomar Binay will visit the hometown and bailiwick of his bitter rival in the 2010 elections.

Binay will head to Roxas City on Thursday, June 7, to kick off a three-day visit to local leaders and to swear in new partymates.

The trip was initially scheduled to begin on Wednesday, June 6, but Binay's office said it was moved to accommodate requests of local leaders, senior citizens and other groups who want to meet with the Vice President.

Transportation Secretary Mar Roxas hails from the city. Roxas has a pending electoral protest against Binay.

Rappler has been trying to contact Celino's office but to no avail.

“It is unfortunate that the usual courtesies extended to visiting national government officials were not extended to the Vice President in Roxas City,” said Salgado. "Still, we appreciate the warm welcome being prepared by the people and the sectoral organizations of Roxas City."

Salgado added, "We are reminding the mayor that the Vice President of the Republic is the one visiting his city. There should be no politics but respect for an elected national official."

Binay’s office said he will meet with local officials of Capiz, Iloilo, Aklan and Antique, and lead the oath-taking of new members of his Partido Demokratiko Pilipino-Lakas ng Bayan (PDP-Laban).

Joining Binay are senatorial candidates of the United Nationalist Alliance (UNA), a coalition he founded for the 2013 elections.

The Western Visayas visit is just one among many provincial trips of Binay in preparation for the 2013 midterm elections, and his presidential bid in 2016. (Read: Binay and the politics of firsts) – Rappler.com