LOCAL RACES: Issues and dynamics in provinces, towns, and cities 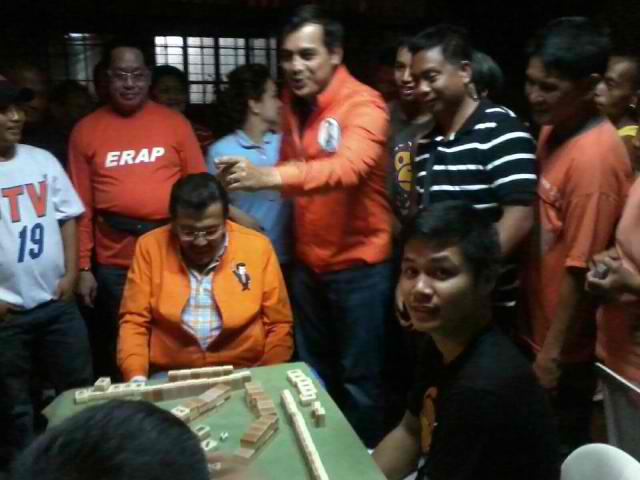 'WHAT GAMBLING?' Re-electionist Vice Mayor Isko Moreno denies that former President Joseph Estrada was gambling during a visit to the wake of fire victims in Manila. Image from 'What happens' Facebook page

Reached for comment, Moreno clarified that the photo was taken when they visited last night the kin of two boys killed in a fire in Blumentritt last Thursday.

Moreno said Estrada played but there was no money involved. He added that the former President donated P1,000 as "abuloy (alms)" to the family of the victims.

"I don't think there's anything wrong with that," he said.

In 2001, Estrada faced charges of plunder for allegedly receiving P500 million from gambling lords and skimming Ilocos Sur's share of tobacco excise taxes. He was convicted of plunder in 2007 but was quickly given executive clemency by former President Gloria Macapagal-Arroyo. - Rappler.com