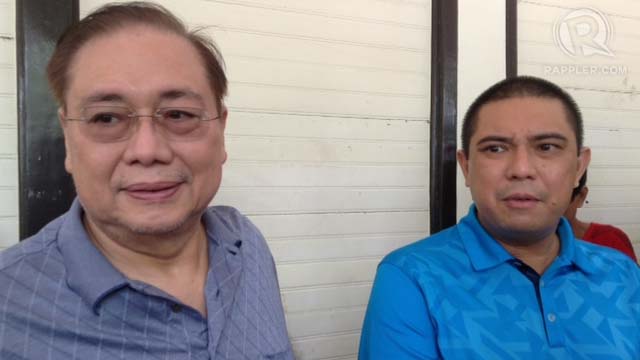 Rep. Arroyo, running for her 2nd term as 2nd district representative of Pampanga, was not permitted to leave the Veterans Memorial Medical Center (VMMC) where she has been in hospital arrest since October 2012. She had consistently voted early in the previous elections during her 9-year presidency.

Government agreed to put her at the VMMC due to he rare bone disease on the neck and spine.

Her rival, Atty Vivian Dabu of the Liberal Party said, “If she showed up, this will confirm what the people in the second district suspect all along, that she is sick, weak and could not serve us,” Dabu said when interviewed after she voted in Barangay San Pablo 2 in Lubao.

But, Arroyo was able to do her congressional duties with the help of her staff and political allies, said Mike in an interview after he cast his vote.

Mike said his wife is suffering from hip pains and has requested for a massage, but did not say what caused the condition. -- Rappler.com