The information in the declassified documents that Munda found 'alarming' is actually not new or recently disclosed. They were headlines of local and foreign newspapers on December 2 and 3, 1989.

The article that follows says that the CIA "recently released millions of pages containing freshly declassified documents" and that blogger Carlos Munda "discovered something alarming."

The post then details the contents of a CIA declassified report wherein Aquino requested for US assistance to "crush" an attempt to oust her.

The US refused to deliver airstrikes, the document said, because they feared the political risks of killing Filipinos. Instead, US warplanes provided air cover to allow the Philippine military to attack the rebels, but did not fire.

At the time, 12 opposition lawmakers condemned Aquino's request for foreign assistance, as it was “a shameless act of surrender of sovereignty to a foreign power.”

The article was shared on the Facebook page WBP We Blog Ph on July 2 and has since gotten 87 reactions, 26 comments, and 127 shares.

The same claim was made by asiancorrespondent.com, but the website has no date of publishing. As of writing, according to Crowdtangle, this article has 3,994 reactions, 714 comments, and shares 2,182 on Facebook. It was posted 50 times on social media, with posts dating as far back as January 2017, and has 36,352 interactions collectively from those posts.

The facts: The information in the declassified documents that Munda found "alarming" was not newly revealed to the public. They were the frontpage headlines of local and foreign newspapers way back December 2 and 3, 1989. The CIA document he posted was also not newly declassified. It was part of a batch of documents that the CIA declassified on September 25, 2013.

The CIA document is clear about the fact that Aquino's plea for help was reported in the news, specifically in the Los Angeles Times and the Washington Post.

The Los Angeles Times article says in its lead paragraph that US officials "turned down requests [from Aquino] for US warplanes to bomb rebel-held air bases, fuel dumps, and a freighter at sea."

The Washington Post said that "President [George HW] Bush approved a request for US military support made by Aquino.... Bush directed US planes to shoot down any rebel aircraft that might try to take off to attack Aquino's ground forces, but US officials said the American jets did not have to fire a shot."

In the Philippines, the Philippine Daily Inquirer, The Manila Times, Manila Bulletin, and The Philippine Star reported on the crushed coup and US military assistance in their December 2, 1989 issues.

Reports on the coup were splashed on the front page of each of these publications. All mentioned that the US military provided air cover and Manila Bulletin quoted Aquino as saying "smash the mutiny with all forces at hand."

Their respective front pages can be found below. Click on the buttons underneath the photo to navigate between the photos. 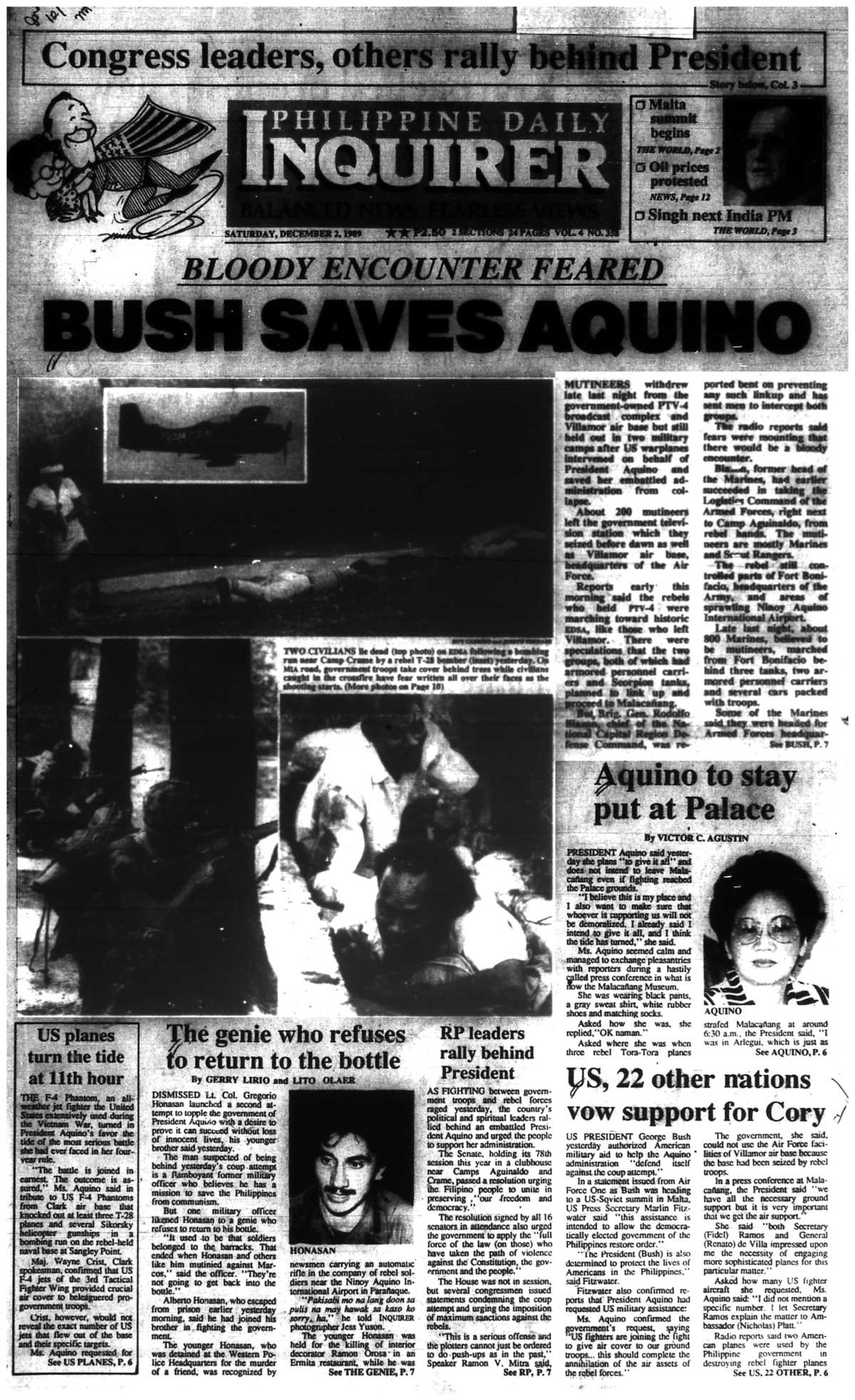 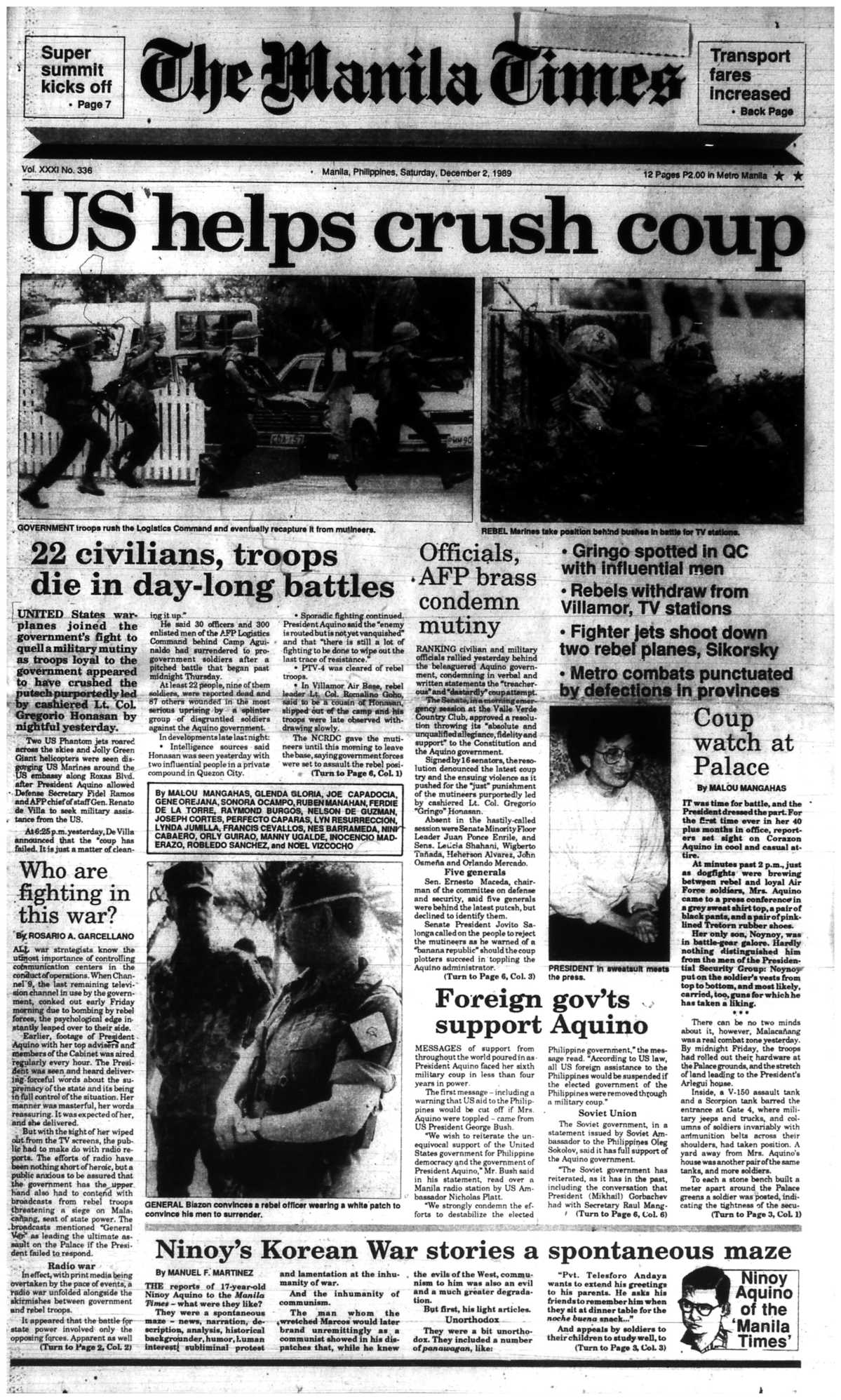 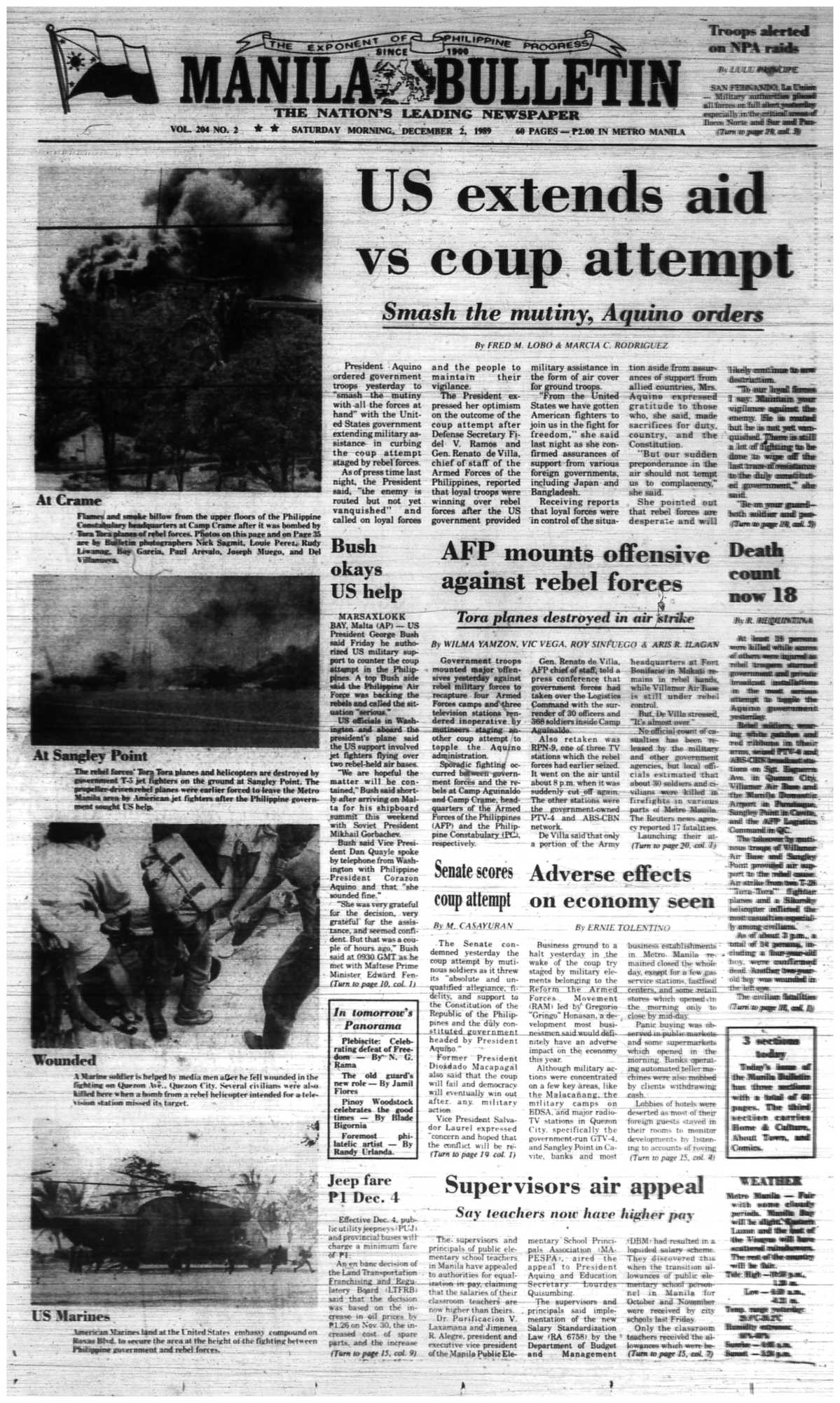 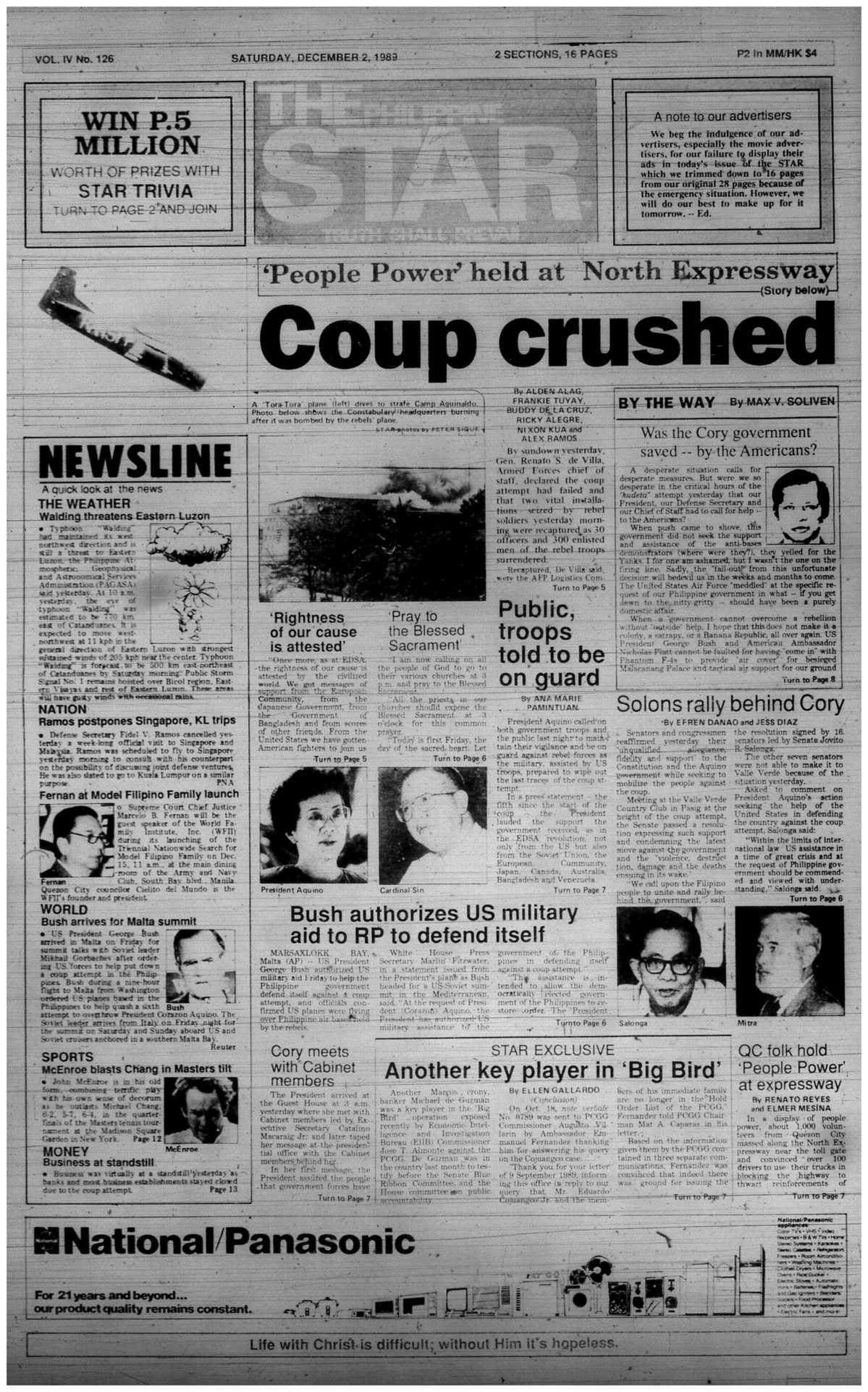