Remember what the front pages of Philippine newspapers looked like during the 'bloodless' revolution that toppled a dictatorship in 1986?

CHRONICLES. Events throughout the People Power Revolution in 1986 grace the front page of newspapers. Photo by lifted from the book Bayan Ko!

The country's newspapers chronicled the events that transpired from February 22 to 25 which ended the 21-year rule of then dictator Ferdinand Marcos.

On the anniversary of the uprising, Rappler looks back at how the front pages of Filipino newspapers – the Philippine Daily Inquirer, Bulletin Today (now Manila Bulletin), and the Manila Times – looked like throughout the 4-day "bloodless" revolution that ultimately led to the toppling of the dictator.

Note: Swipe left or right on the photos to navigate. 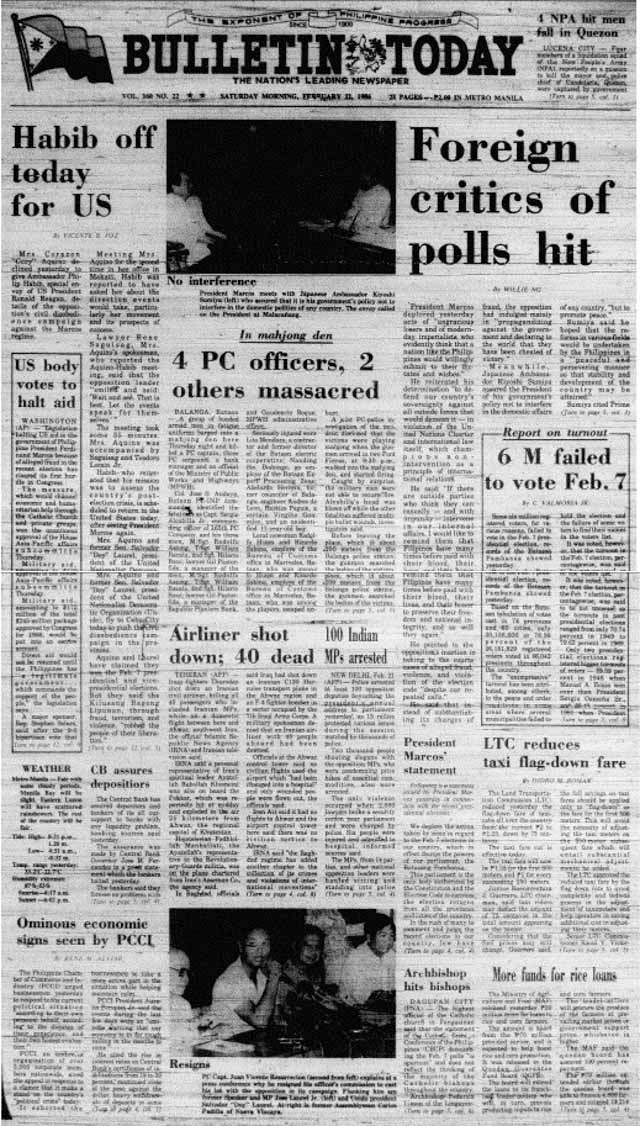 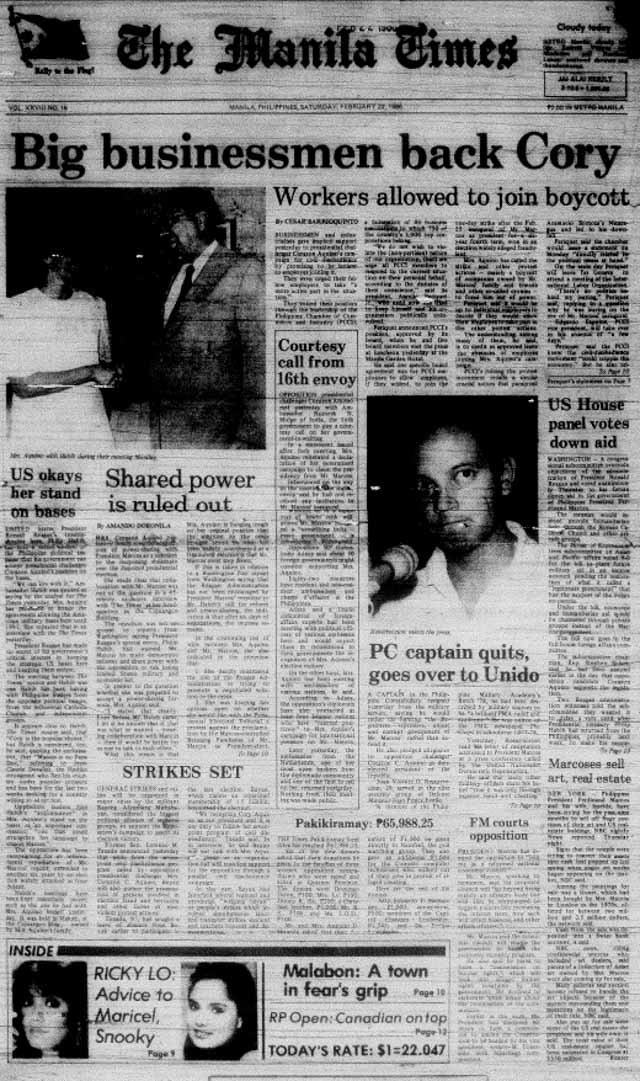 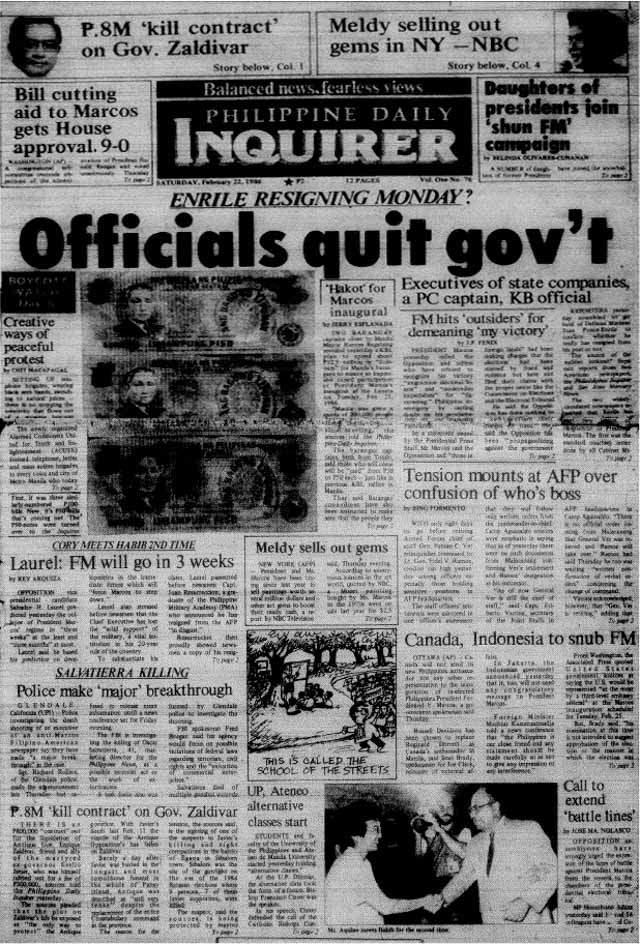 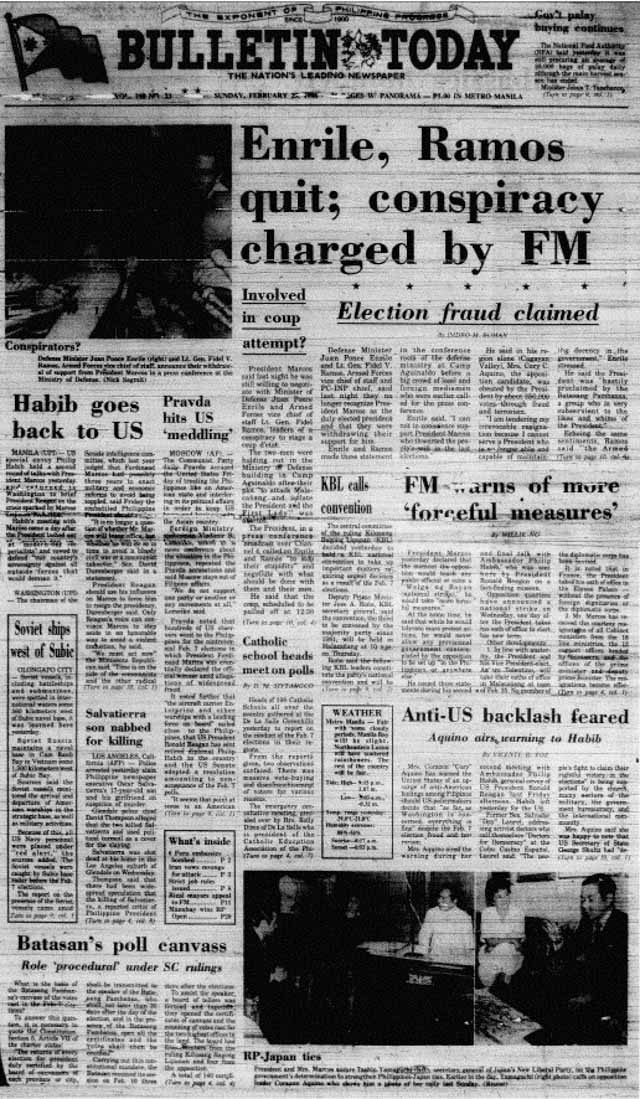 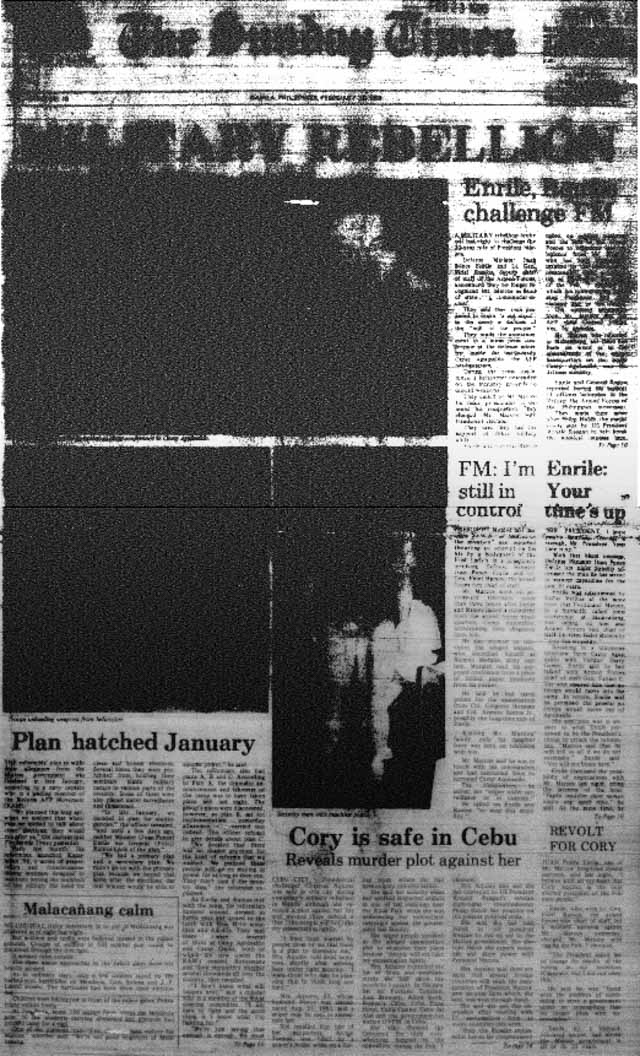 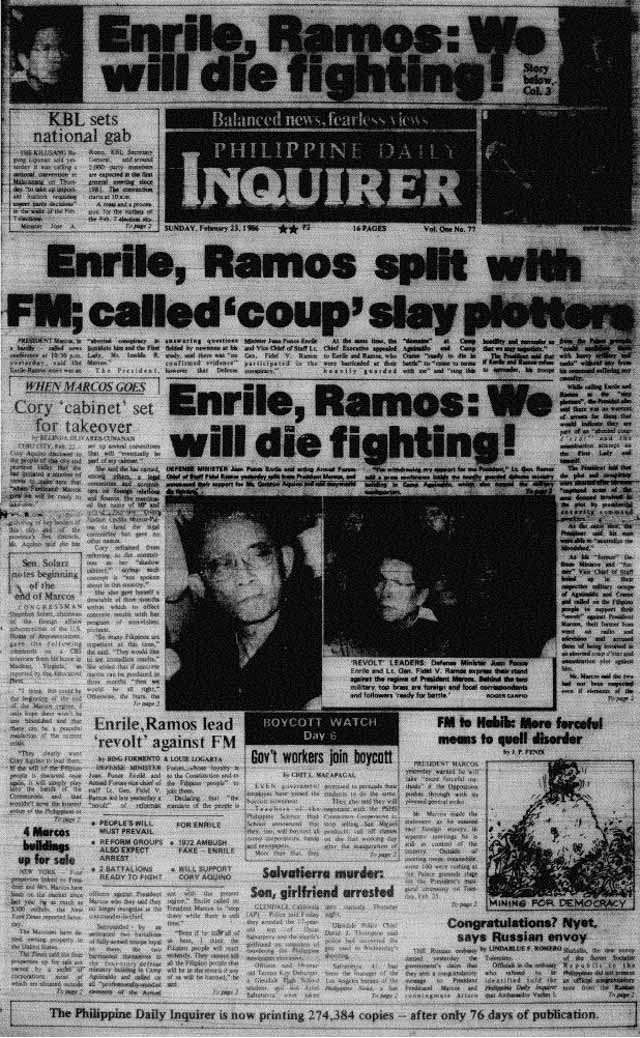 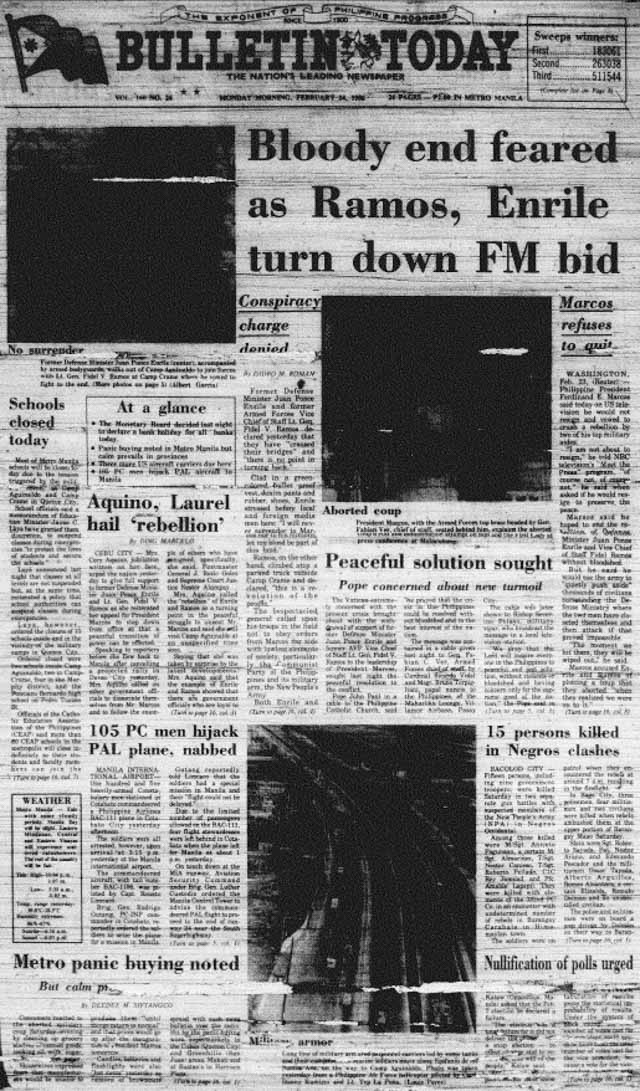 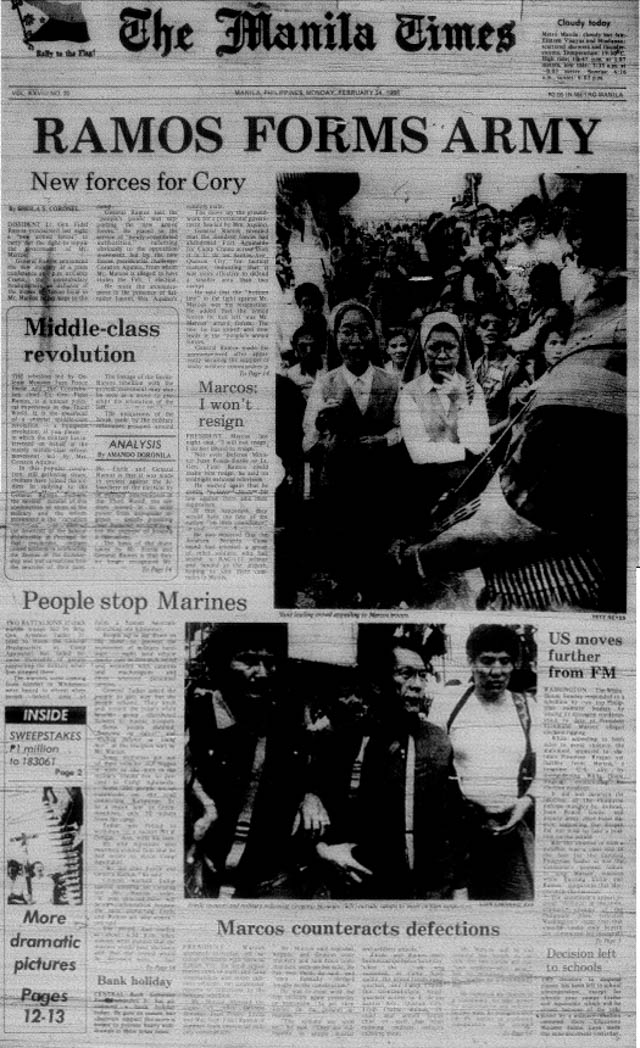 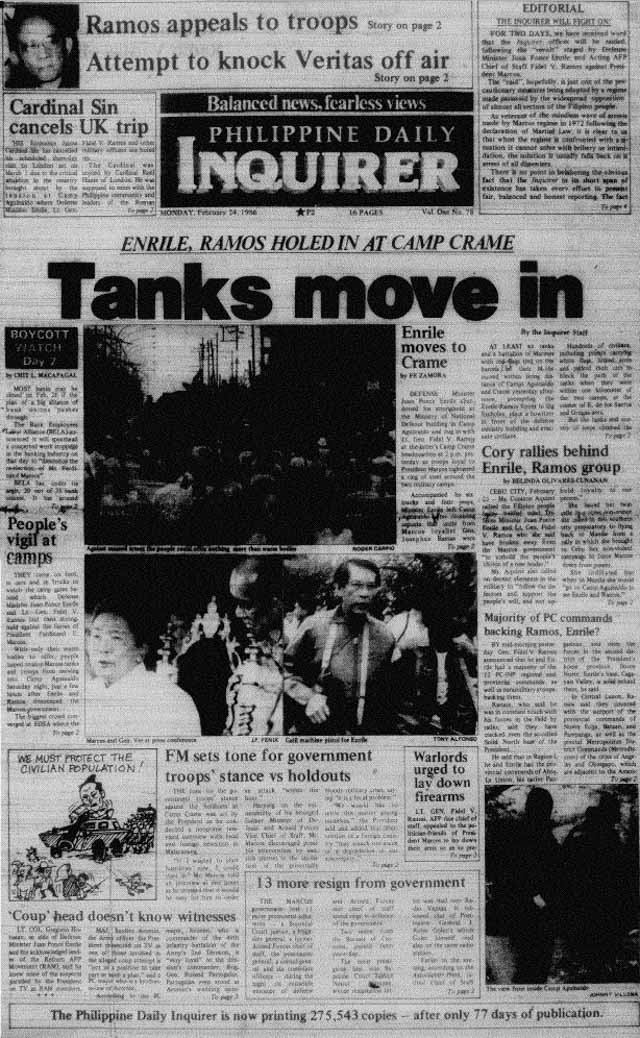 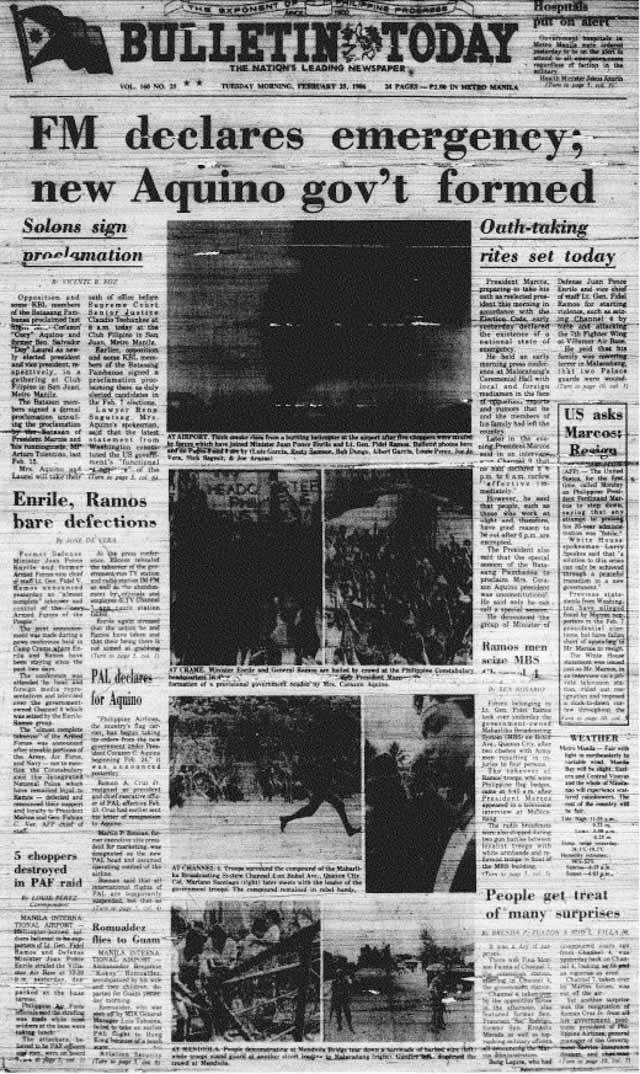 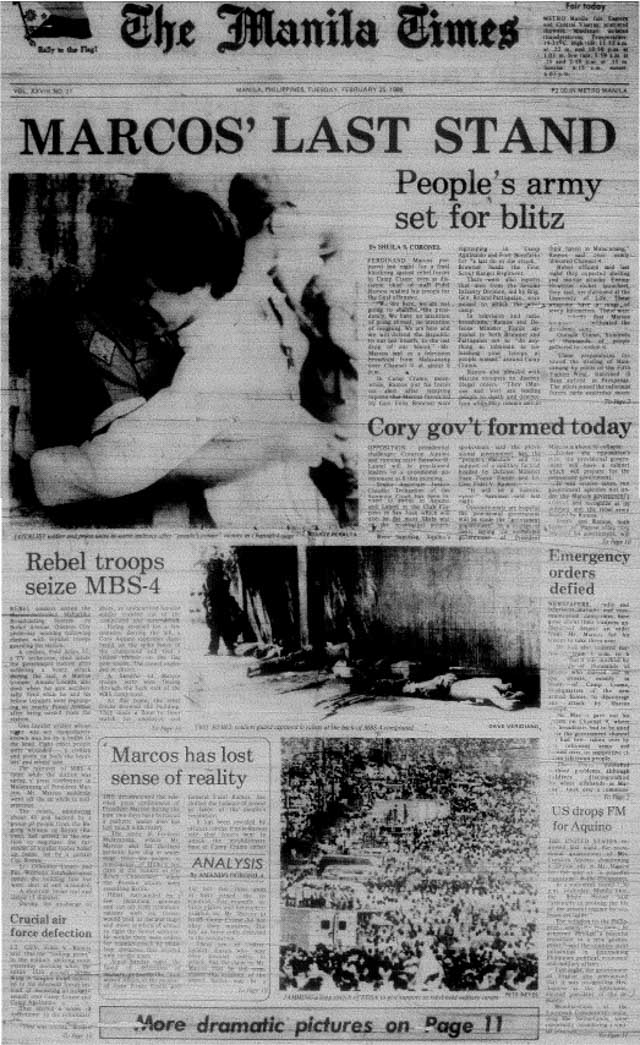 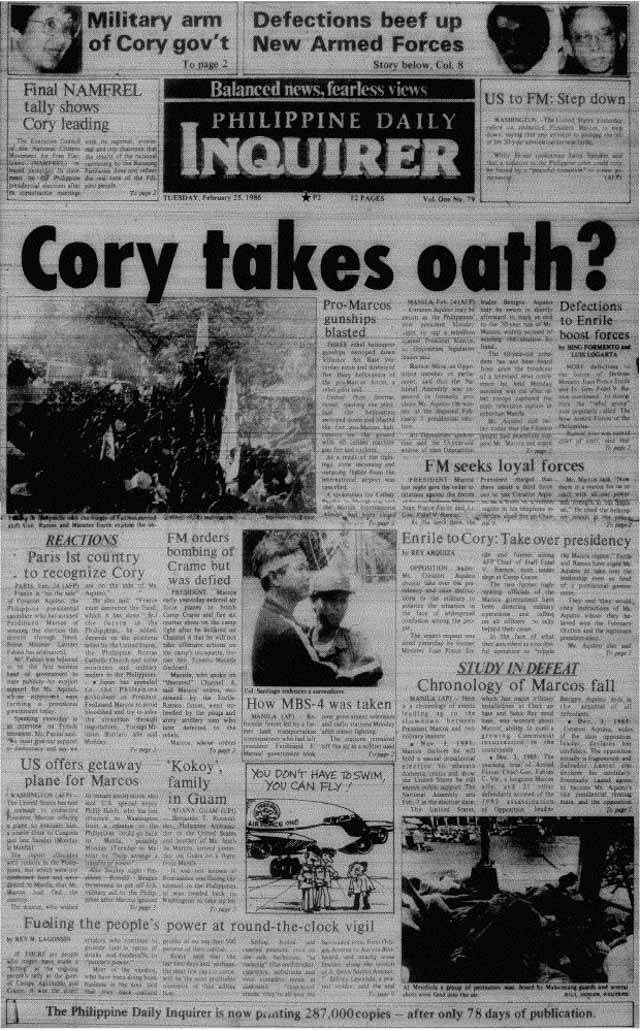 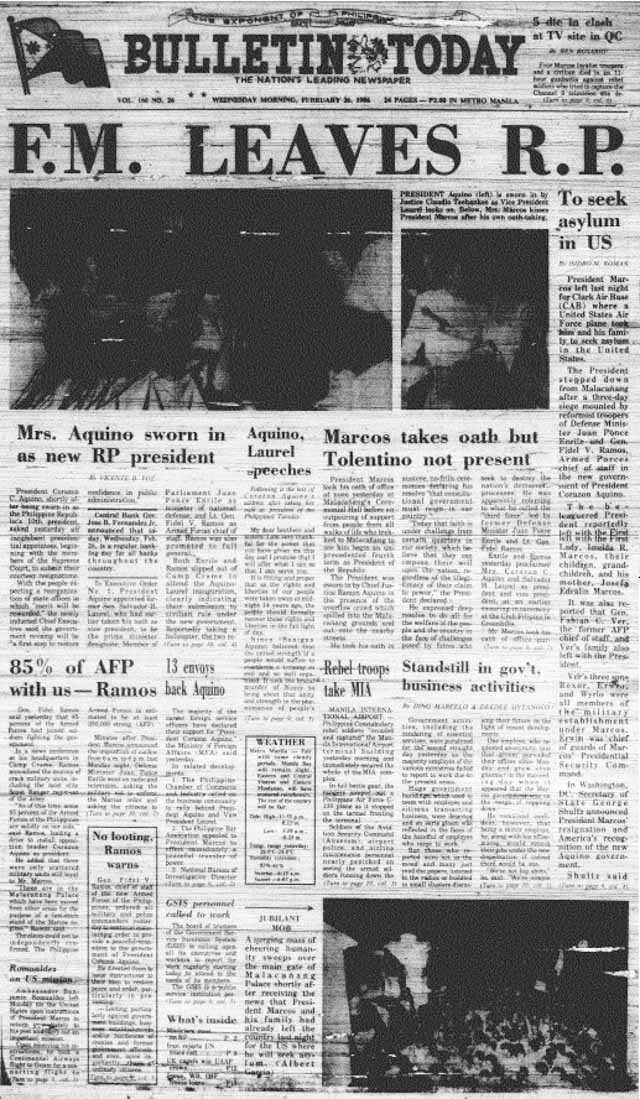 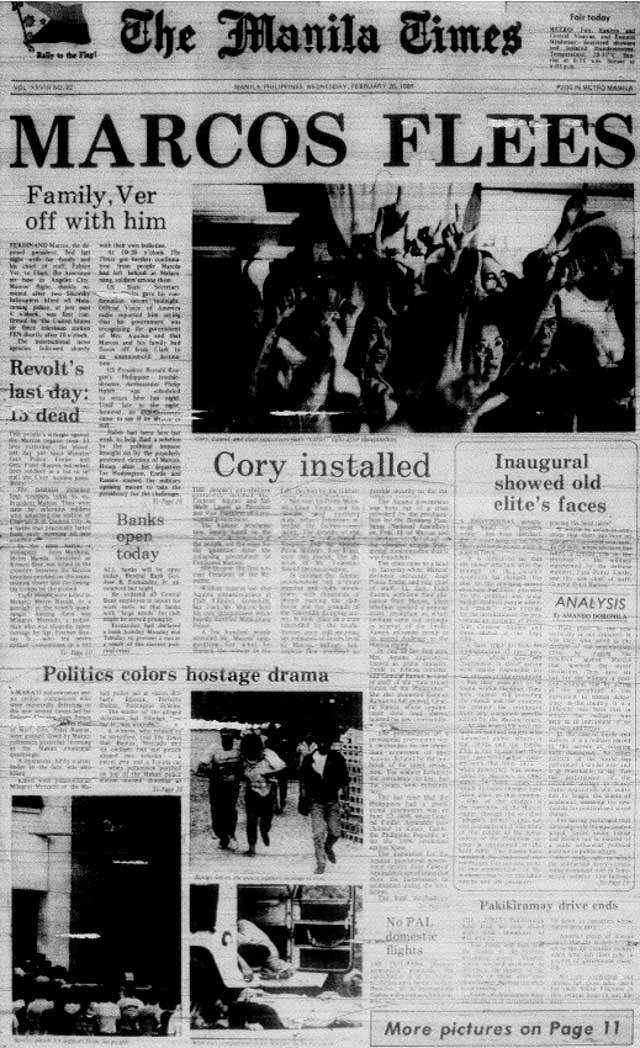 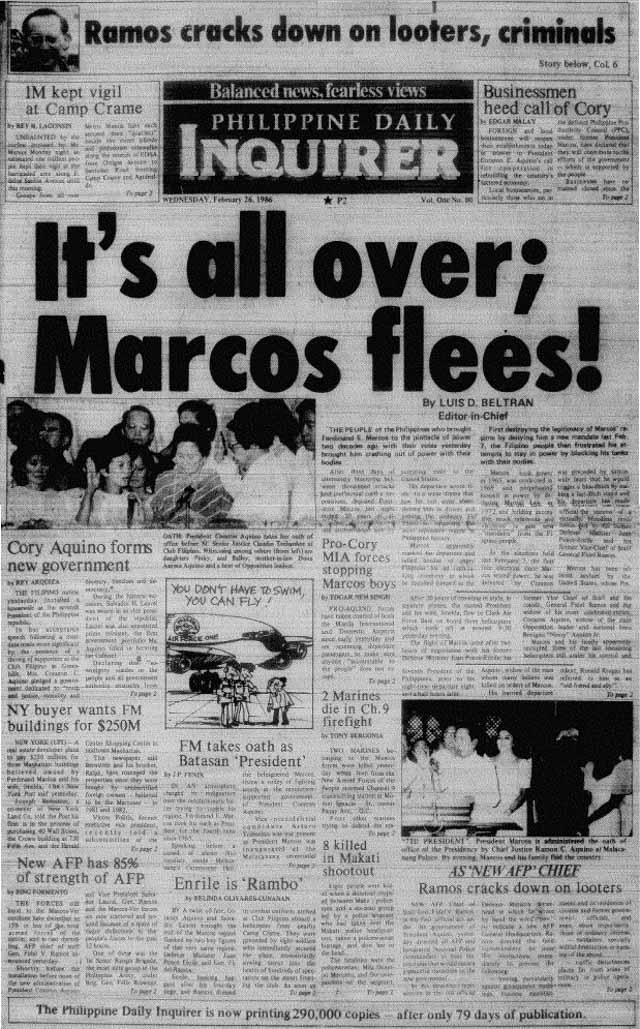