'Hardship taught me to strive for better conditions,' says Joy Hekrdle, one of Oceana's Ocean Heroes in 2017 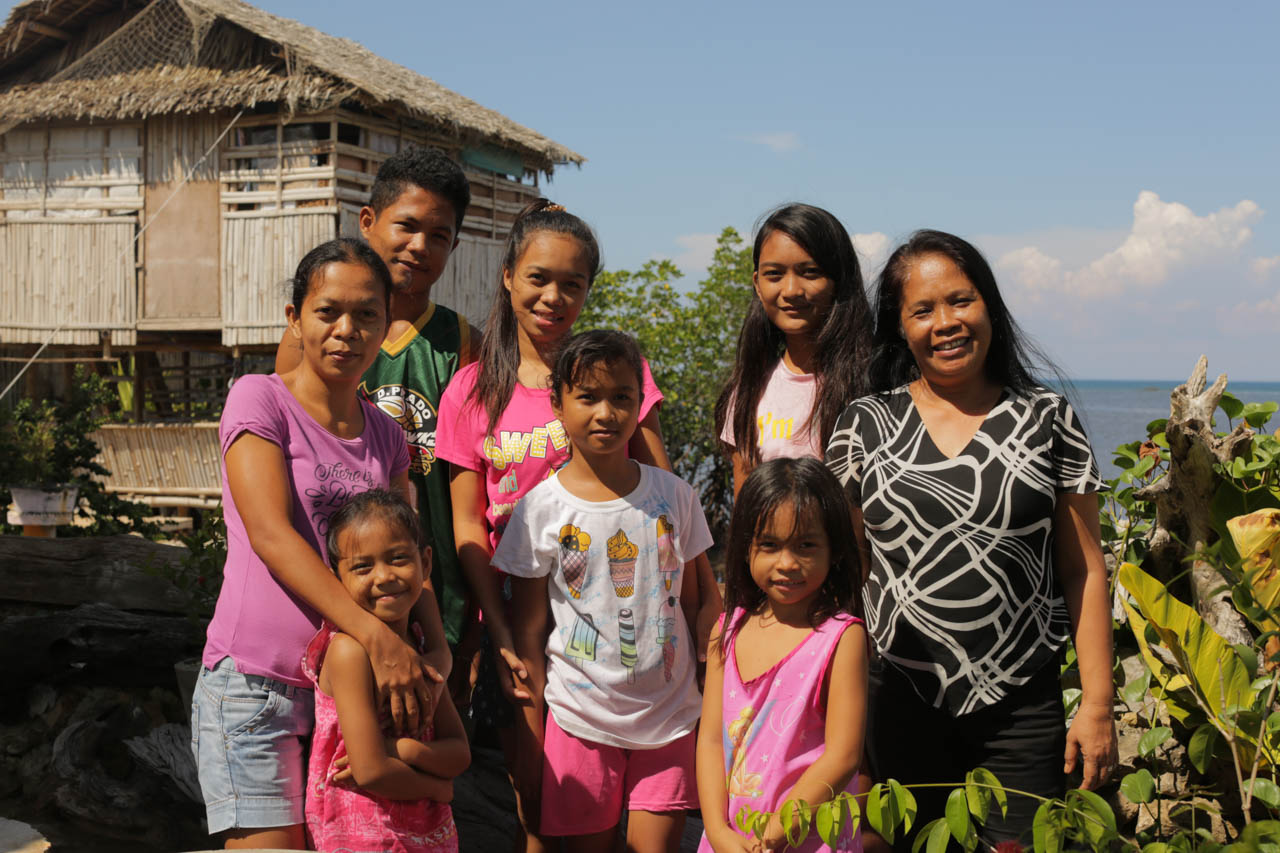 NEGROS OCCIDENTAL, Philippines – There are days that change our lives so dramatically we cannot help but remember them. For Joy Hekrdle of Toboso, Negros Occidental, one such day was October 26, 1983.

She was sitting in a plaza in Bacolod City, dejected that there seemed to be no way her family could send her to school, when a stranger approached and talked to her about the Gospel.

"It was 9 am," Joy recalled. That chance encounter led to Joy spending the next two years with the woman's family, who supported her throughout high school.

This anecdote explains, in part, why Joy now supports 6 students, using part of the pension from her late husband Kevin, a marine biologist who was working as a Peace Corps volunteer when he and Joy met. Four of Joy's previous scholars have graduated, and some of them now work abroad.

She credits Kevin for inspiring her to teach others about protecting the sea. At one point, he urged her to campaign with the Toboso town council to impose penalties on those who sell or buy juvenile fish. "It's important that we do right by God's creation," she said.

Kevin's guidance, Joy's faith, and her gift of putting people at ease led to the creation of the Toboso World Reef Dive Association. At one point, it had 40 member-volunteers who gathered ghost nets, spread information about coastal resource management, and conducted research in preparation for declaring a marine protected area in Toboso. Forty is a modest number in a town with more than 42,000 inhabitants, but this is how Joy sees it: "If you teach someone and he or she absorbs it, that knowledge will multiply."

Her work has led to Joy being declared as the first female protected area ranger for Tañon Strait in 2016, one of the Department of Agriculture's Outstanding Rural Women of the Philippines also in 2016, and one of Oceana's Ocean Heroes in 2017.

A different role for women

Now an employee of the Toboso Mayor's Office, she intends to gather baseline information about what women in each sitio do for a living and connect them with government agencies that can provide them resources. She has an unfinished master's thesis on the sustainability of declaring a marine protected area in Toboso, but a higher priority for now is ensuring that her current scholars graduate. 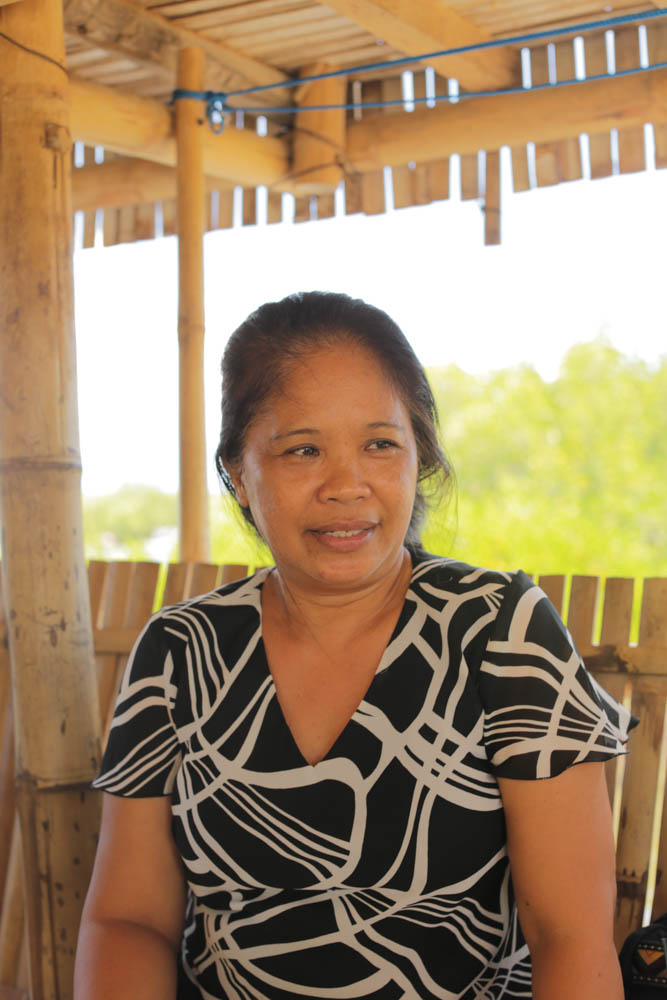 "I used to walk barefoot for 5 kilometers a day just to barter produce for some salted fish," she said. "Hardship taught me to strive for better conditions" represented by shoes and the chance to go to school. "Those struggles in my life have made me stronger."

Women play supporting roles in much of the literature on fisheries in the Philippines. They bring the catch to market, mend nets, prepare the men's fishing gear, and gather fish fry. A few with the means to do so own and operate fishing boats.

Joy prefers practical research and community organizing. She makes her own fertilizer by composting kelp and other seaweeds that she gathers from the shore near her house. She makes tonics from the moringa, sweet potato leaves, and herbs in her garden, on a plot of elevated land between a fishpond and the beach. She learned how to do these things because she went to every training event she had the chance to attend.

Last March 11, 2017, she addressed one of the Philippine events during the United Nations Commission on the Status of Women session, which was held in New York. "I told myself that if they laughed at me or my public speaking abilities, then good," said Joy, who is an animated speaker.

But heartbreak soon followed that high point in her year. Kevin died in July 2017.

"The most important thing I learned (from him) was to help people to protect the sea and to assert their rights. Our life could be more meaningful if we spent it educating and protecting others," she said.

It was Kevin who had taught her to stop buying juvenile fish, as a way to teach fishermen to stop catching them. Before they could campaign for a marine protected area in Toboso, he told her, first they had to identify what they were protecting.

These days, Joy shares her home with at least 6 scholars, whose food and tuition she provides. Her compound includes a cottage with a loft, where training events may be held. On its outside walls, tarp posters about Joy's research projects are displayed. As one of 12 siblings, Joy's chances of getting a good education were slim, at best. But she never stopped striving to get educated. She endured night classes to finish high school. When she fared poorly in some exams because she was too tired from a full day's work, she explained the situation to her teachers and requested another test.

Years later, her persistence would also serve her well. In 2016, as the only female who was about to train for protected area ranger duties, she was terrified. "But I completed the week-long training, and was one of only 38 who did so," she shared.

She credits that experience and conservation group Oceana's training events for her grasp of fisheries laws. A challenge she wants to help address is the implementation of a plan for a marine protected area in Toboso.

The Philippines has nearly 50 years of experience in establishing marine protected areas, which among others is supposed to improve the management of coral reefs to increase fish yields and protect biodiversity. This is a gut issue for the women of Negros Occidental, where 18.6 % of fiserfolk households and 23.7% of women were considered poor as of 2015.

In 1991, with the newly amended Local Government Code, local governments gained more power to create fish sanctuaries and enforce fisheries laws within municipal waters. But the management of marine protected areas varied from one town or city to the next, and depended in part on the priorities and skills of local officials.

"If the administration keeps changing," Joy pointed out, "what you started might not get completed." But that doesn't mean Joy is giving up anytime soon. – Rappler.com

Isolde D. Amante is a writer who lives in Cebu. She thanks Oceana Philippines for the opportunity of meeting some truly inspiring fishermen and community leaders in the Visayas.

Read more from this series: