Eight years after taking a photo with Michael Phelps, Joseph Schooling defeats him on the biggest stage 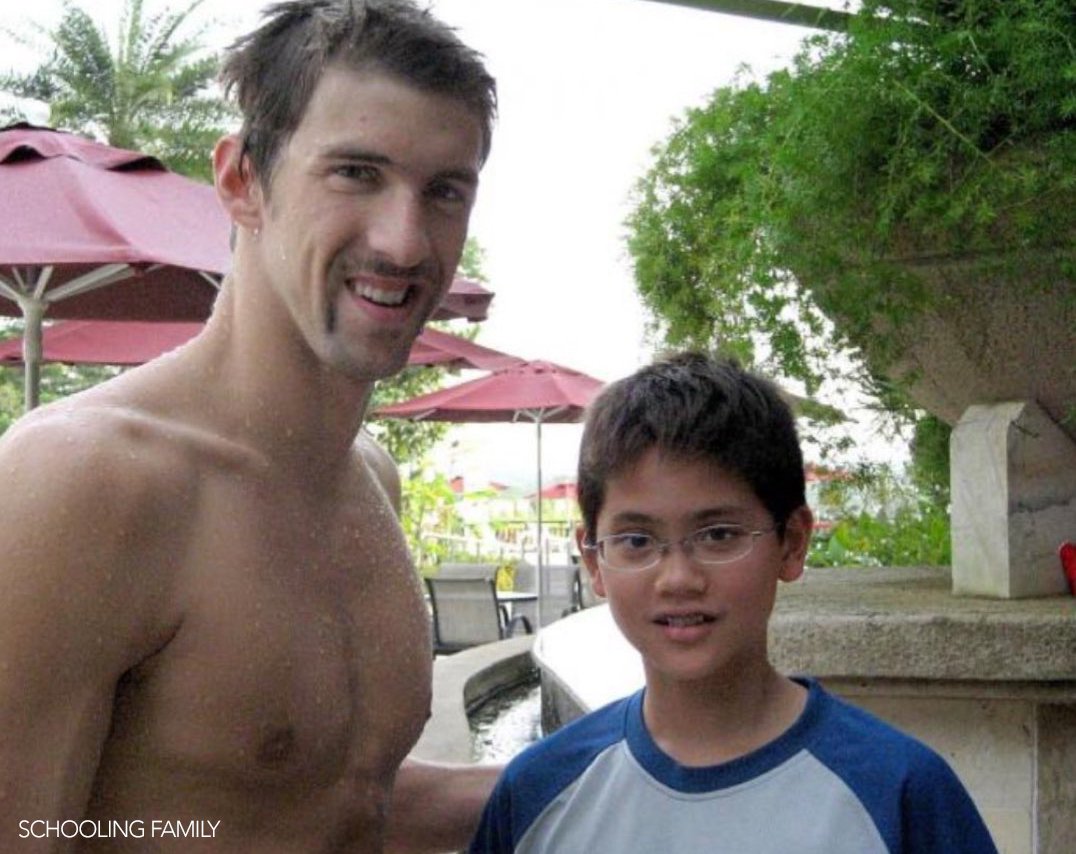 FRIENDS. USA's Michael Phelps (L) and Singapore's Schooling Joseph talk after competing in the Men's 100m Butterfly Final during the swimming event at the Rio 2016 Olympic Games at the Olympic Aquatics Stadium in Rio de Janeiro on August 12, 2016. Gabriel Bouys/AFP

MANILA, Philippines – Talk about a twist of fate.

On Friday, August 12 (Saturday, Manila time), 21-year-old Joseph Schooling won the first-ever gold medal for Singapore at the Olympic Games when he finished as first place in the men’s 100m butterfly division of the swimming event at the 2016 Rio Olympics in Rio De Janeiro, Brazil.

Schooling, who became the first ever Southeast Asian male to win gold in swimming, clocked in at an Olympic Record time of 50.39 seconds, and in the process defeated USA’s Michael Phelps, who finished tied with two others (Chad le Clos of South Africa and Laszlo Cseh from Hungary) at 51.14 for second place.

Phelps, 31, was seeking his fourth gold medal in Rio and 23rd overall, but was halted by one of the young stars in swimming today.

It just so happens that 8 years ago, a 13-year-old Schooling actually met Phelps and was able to take a photo with him. Check it out:

Joseph Schooling of #SIN just beat Michael Phelps in 100m Butterfly... 8 years after getting this photo with him. pic.twitter.com/0tod75LBhy

Who would have thought that the young kid in the image would one day out-swim him in the biggest sports stage of the world?

At such a young age for a rising athlete, who knows what else Schooling will be able to accomplish? – Rappler.com