Philippine and US election demographics

This piece will dive into specific voters’ demographics that could influence the outcome of these elections. With the upcoming elections in both countries, will voting blocs make a winner? 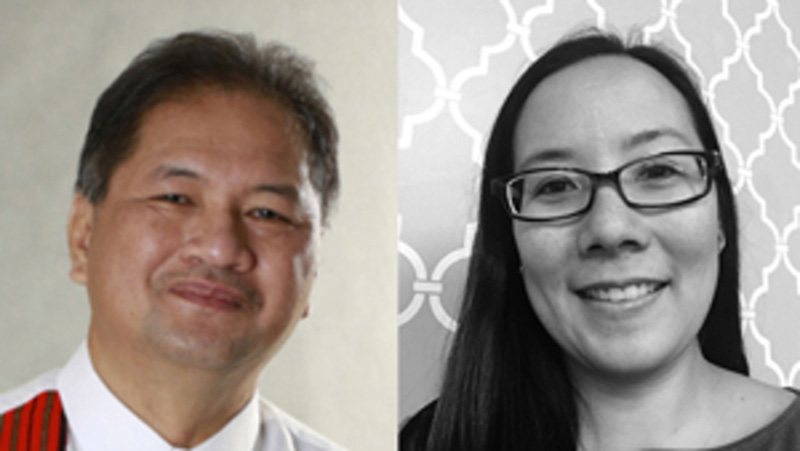 This is the second piece of a 3-part collaborative series by the authors to explore the US and Philippine elections side-by-side. The first piece focused on the countries’ respective electoral systems. (READ: Philippine and US electoral systems on the line)

This piece will dive into specific voters’ demographics that could influence the outcome of these elections. With the upcoming elections in both countries, will voting blocs make a winner?

Who will come out to vote?

A recent conversation with a neighbor of one of the authors in the US highlighted the effect of a highly contested election, with tough issues and “outsider” candidates who are disrupting the field, which is higher political engagement. The neighbor noticed how in a previous state caucus, there was hardly anyone in the room. However this year, the caucus was so packed that it was hard to even get in the door!

If social media platforms such as Facebook are to be any indication of public engagement, the exhortations of each friend asking you to vote for their candidate and often heated posts following after could reflect an increase in engagement. However, will political expression convert into actual votes on Election Day? Who will come out to vote?

The same phenomenon is happening in the Philippines. Mayor Rody Duterte, in particular, has generated a lot of buzz in social media and is leading in the polls. But are his supporters all registered voters? Will they come out to vote?

Several articles have been written about the “millennials” who, depending on who you are reading, are those born between 1980/81 and 2000. Bloomberg View reported the US Census Bureau number of US millennials as 88 million (3 out of 10 voting-age Americans). This is expected to be the “first presidential election in which...millennials – make up the same proportion of the US voting-age population as the Baby Boomers,” as declared by Derek Thompson in The Atlantic.

What’s also interesting is how 15% of these young adults are not born in the US and one in 4 speaks a language other than English at home (Bloomberg View). Democratic candidate Bernie Sanders, seems to have established a tight hold on his party’s millennial voters as seen in primaries in Iowa, New Hampshire, and Wisconsin. Even in exit polls where Hillary Clinton took the lead, such as in North Carolina and Arkansas, Sanders still received most of the support from those between 18-29 years of age.

It’s not surprising that the more liberal young voters are supporting an outsider as disenchantment with “the establishment” rises. While educated, these voters face rising student loans and low wages entering the labor force at the same time that corporate profits seem to be at a high. According to data from the Chicago Council on Global Affairs (cited by Bloomberg View), millennials are of the mind that the US should “stay out of world affairs.” In the Republican race, even with Donald Trump taking the lead in the polls, CNN exit polls show young voters are favoring his opponents.

However, in a piece written by Russell Dalton in the Washington Post based on an essay he did with Sidney Verba on the 2014 US General Social Survey (GSS), “only 5% of millennials said they vote regularly in local elections.”

While young voters have expanded their political participation through volunteerism and protests, it is not certain whether they will show up in the polls. CNN primary exit polls also seem to show a lower percentage of younger respondents. This begs the question, is the millennial vote in the US a force to be reckoned with?

The millennial vote in the Philippines could also be formidable. Of the approximately 56 million registered voters, 20 million or 37% of registered voters in the Philippines are young people aged 18 to 35. In the 2013 elections, 38% of voters were high school graduates and 27% elementary graduates while only 18% reached college level and another 15% graduated from college.

Originally, Filipino millennials were accused of having no sense of history for being supportive of Bongbong Marcos for vice president. It turned out this is not true as the main support of Marcos comes from the generation that actually lived through martial law, the baby boomer generation and older.

The millennials in the Philippines are more likely to vote than their American counterparts. It is not clear whether the young voters supporting Sanders will come out in the same numbers for Clinton. A Trump candidacy could bring out those millennials to vote for the Democratic candidate.

Hillary Clinton has a confident lead in the polls in the Democratic women’s vote, regardless of race and particularly from older women. Bernie Sanders still has the ability though to attract the votes of younger women voters. In an NPR interview, commentator Asma Khalid says that Clinton “has a safety net, and it’s essentially a web of women.” In the Republican field, an NBC News/Wall Street Journal March 2016 survey has around half of the female Republican voters saying that they “could not imagine themselves voting for Trump.” This could pose a dilemma for the GOP in the national polls.

Women made up 53% of the voters in the 2012 US elections. Security, health, the gender pay gap and economic stability are important issues for women. According to Rebecca Traister (in a PBS NewsHour discussion on what the women’s vote means) two-thirds of minimum wage workers are women and they have economic concerns on their minds.

Up to last month, there was a gender gap with more women favoring Grace Poe over other candidates but, in the recent polls, that seems to have disappeared. It remains to be seen whether that gap can come back with the rape joke of Duterte and the emphasis Poe has been making in her sorties on her being a woman leader.

Race in America, regionalism in the Philippines

The Democrats undoubtedly have the lead in gaining the support of the non-white electorate. Clinton received 86% of the black vote in South Carolina and 85% of the black vote in Georgia. Collier Meyerson in her New Yorker article on Clinton, Sanders and the Myth of a Monolithic “Black Vote” says that Sanders may be closing the gap with Democratic African American voters and that other variables, such as age and geography, could disrupt the narrative on the black vote. According to the US Census Bureau, 17.8 million African American/Black voters went to the polls in 2012.

A poll conducted by Bendizen & Amandi International and the Tarrance Group cited by Univision, showed that 73% of Hispanic voters are going for Clinton but the Latin Post has the Latino vote almost evenly tied for Clinton and Sanders. More than 13.1 million Latinos are expected to cast their ballots in the US elections (Latin Post). Trump’s rhetoric on immigration and border security does not help the GOP case for Hispanic support.

There are other voting demographics that can influence the outcome of the US elections. In the Atlantic Survey released on April 7, Sanders is winning the support of Democratic-leaning independents (those who do not affiliate themselves with any party) and those not affiliated with any religion. Clinton is consistently leading among 45+ voters. Ted Cruz seems to be getting more support from religious groups, though the tide could be changing towards Trump.

In the Philippines, it is not race that matters but regionalism (closely linked to cultural and linguistic affiliation) which plays a role in voters’ choices. The numbers (borrowed from MindaNews report of Comelec data) are interesting in this respect.

The biggest voting area is described by pollsters as Balance of Luzon, with around 45% of total voters casting their ballots in regions that constitute this area. There are more than 30 million voters in Central Luzon, Southern Tagalog, Bicol, Ilocos, Cordillera, and Cagayan regions. While the biggest numbers are the first two regions, the Ilocos (also called Solid North) and Bicol regions can be influential because voters in these regions tend to vote as a bloc.

Poe is leading in Balance of Luzon with Vice President Jejomar Binay close behind. Duterte seems to be competitive in Central Luzon and Southern Tagalog.

Metro Manila or the National Capital Region, where Duterte is currently leading by a big margin, has more than 6 million registered voters which constitutes 11.50% of the voters nationwide. A big protest vote against the Aquino administration is looming in this region.

Hands down, Mindanao will deliver a landslide victory for Duterte. Right now, he is polling at nearly 60% and that could still increase. In his home city of Davao, he is polling at almost 90% of voter support according to a survey done by Ateneo de Davao University.

With less than two weeks to go before the Philippine elections and the end of the primary season in the United States, we will see soon enough which voting blocs influenced the results of these processes the most.

The final article of the series will look at the candidates in both countries, contrasting the choices citizens in each country are facing. – Rappler.com

Dean Antonio G.M. La Viña is outgoing dean of the Ateneo School of Government. He is an adviser to presidential candidate Grace Poe. His co-writer Denni Jayme Cawley is a Filipina ​based in Salt Lake City, U​tah, USA. Her main passion is being a wife and mother but she is ​​also an avid observer of public and international policy developments.