Why investigations are important

Please indulge me as I share with you the most recent victory we had in Hamburg at the Global Investigative Journalism Network (GIJN) conference last September 28. Our team, led by multimedia journalist Patricia Evangelista, won the 2019 Global Shining Light Award for our 7-part series titled, Murder in Manila. Pat is 4th from right in the photo below.

The stories were put together over a 6-month period and enlisted digging by fellow reporters Lian Buan, who covers the justice beat, and Rambo Talabong, who covers the police. Award-winning photographer Carlo Gabuco went with Pat as they hunted whistle-blowers who had first-hand knowledge about outsourced extrajudicial killings by the police. 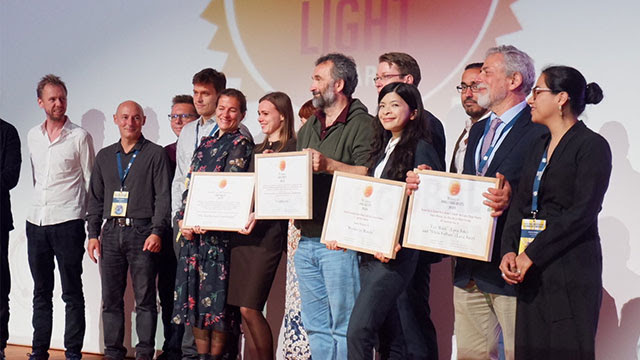 Pat pursued a lead about the Confederate Sentinels Group (CSG). Tondo-based, members of the group help the police go after criminals, essentially acting as “force multipliers.” Vigilantes should not exist in a democratic society supposedly governed by the rule of law, but oddly, in this case, CSG members were proud to be doing their communities some service by helping keep the peace. For them, it was a badge of honor.

But things turned ugly when suddenly members of the vigilante group were arrested for killing drug suspects who included a 16-year-old. Message of that incident? Their police backers didn’t have their backs after all.

PERILS. The dangers in pursuing this story were as clear as day months before our publication, in October 2018, of the first one in the series, Some People Need Killing. As the team discovered and reported, Philippine National Police officials coordinated with vigilantes, chose their targets, took credit (ostensibly even pride) for the murders, and in some cases, paid for the killings in the name of the brutal campaign against drugs.

Word about the outsourced killings had been going around for some time, but this was the first time that there was actual confirmation of these accounts from people who had direct knowledge of activities of a CSG chapter in Tondo, Manila.

There were evident safety issues for Pat and Carlo, who were meeting the vigilante whistle-blowers for the first time. They found contacts who got them in touch with the killers, whom they were forced to trust after of course sizing them up. While journalists are told, you’ve got to always have your wits about you, not all hazardous situations are predictable. Instinct, intuition, astuteness, and even courage – developed through time and experience – are traits that come in handy for investigative journalists.

Inasmuch as we tried our best to provide protection and took extra care in handling communications and travel for Pat and Carlo, most especially because they were in direct contact with the vigilantes, we were also mindful about the safety of their contacts. Journalists will always carry it in their conscience if ever something untoward happens to their sources. The guilt is indescribable and is something no serious-minded journalist would ever wish to bear.

BUT WHY? Why bother to do these types of dangerous and risk-laden stories that have no guarantees of bringing about change anyway? I assure you it’s not primarily for the awards (this series, by the way, also bagged the “Excellence in Human Rights Reporting Award” and “Excellence in Investigative Reporting Award” of the Society of Publishers in Asia in May 2019) – these are incidental to decisions to pursue stories like these.

The reasons are really more intrinsic to the core and values of journalism that our public may not readily understand or appreciate. Journalism is about documenting and telling the truth. As guardians of the truth, journalists are obliged to stand for what is right and just, whatever the cost. That is our duty and our curse. With like-minded citizens, we aspire for change that will be for the betterment of the majority, if not everyone.

We had worst-case scenarios for this story, ever hopeful none of them would materialize. Thankfully, none did. We are grateful, too, for the help we received from others we'd rather not name. We know we must continue doing stories like these even if they are dangerous and difficult. Not all investigative stories are as risky, but they ought to be pursued because they expose dangerous secrets, different worlds or realities that ordinary people would otherwise not know about, but need to know about. These are some of what we have reported on, in case you missed them, published in various years, but important and still relevant today:

If you believe in the power and importance of investigative journalism, support us and help us remain free and independent. Let me know what you think via chay.hofilena@rappler.com.